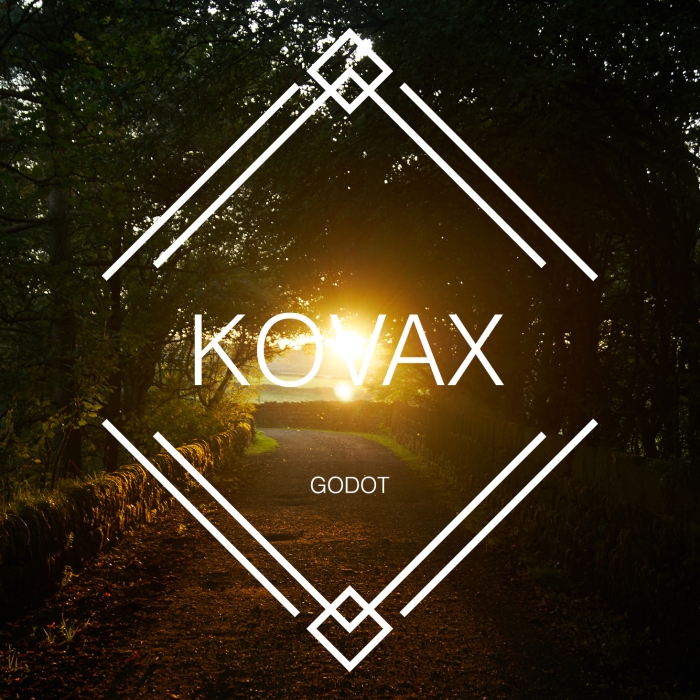 The bio of British alternative/noise rock band Kovax states that the band “started in late 2015 as an itch that couldn’t be scratched, as music in the back of the mind that couldn’t be ignored.” It is an essence of nagging which also infests the listener we can knowledgeably announce now having been enjoyably compromised by the Leeds hailing quartet’s debut single, Godot. The two track release is a persistence of sound and character which leaves a lingering imprint on thoughts and psyche after providing a rousing, slightly psychotic adventure for ears.

Formed last year, but officially launched early 2016 through a four day tour following a few secret shows, Kovax quickly makes an attention grabbing impact with their debut single. Suggestions are that their ferociously dynamic sound is for fans of Deftones, Bring Me The Horizon, and Fightstar but imagine the raw energy of Reuben, the confrontational roar of early Therapy?, and the off-kilter punk maelstrom of a cross between Damn Vandals and Them Wolves, and you get nearer to the mark of the band’s gripping offering and the broadness of their sound.

Both mastered by Bob Cooper and recorded at Rec and Play Studios and with Harry Scott (Treason Kings) respectively, the two songs making up the band’s introduction need little time to make a strong impression. Godot opens with an instantly contagious hook which lays its swift bait, takes a moment’s breath, and then returns bigger and bolder with equally hungry rhythms and punk spawned riffs for company. Once in full stride, the track stalks the senses with the sonic feistiness of guitarists Pete Freeth and Dan Hey orchestrating the predation whilst the lead vocals, which we guess as being from Freeth, make a volatile conductor for this maelstrom of energy and aggression enjoyably igniting ears. It is soon realised though, that unpredictability is an equally potent key to the band’s sound, that shown by clean harmonies embracing a smouldering passage further coloured by the predatory tones of Joe Phillips’ bass strings and the niggly incitement of Isaac Turner’s sticks. It all adds up to making the track as enthralling as it is intrusively exhilarating. The web of ideas and sounds involved appear bedlamic at times but are bred with striking imagination and an instinctive volatility which only has the intent of turning on the body and emotions.

The accompanying Marigolds is maybe even more deranged in its nature and concussive tapestry of sound but just as superbly sculpted with ravenous energy and inventive twists for another virulent trespass of ears and an increasingly eager appetite. Once more there is a collusion of varied and at times contrasting textures with raw voracious sounds, as well as unexpected slips into melodic detours and explosive challenges to fascinate and thrill from start to finish.

Both songs invade and remain tapping into the psyche after their physical departure; an intimidation which only leaves a hunger for more. Godot is a mighty first listen to Kovax and a hint that we might just be getting in on the ground floor of something special with it.

Godot is out now and available as a free download @ http://www.musicglue.com/kovaxtheband/products/godot—free-download/