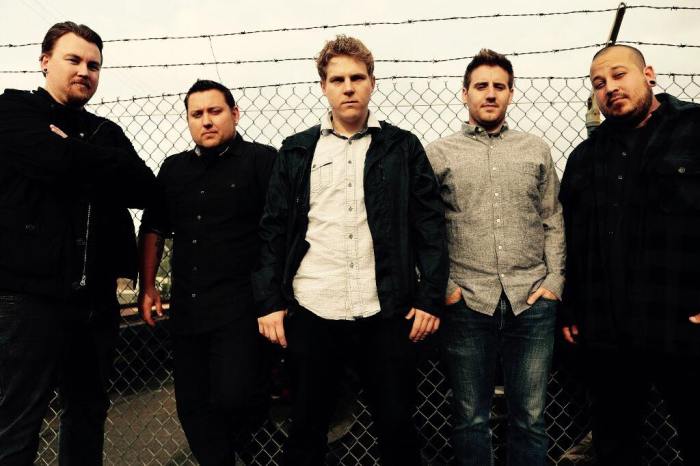 As explosive and dynamically striking as it is creatively imaginative, the new album from Californian metallers Haster is one of those offerings that bring the day, body and emotions alive. The Current Sea is anthemically huge and inventively bold yet weaves in to it a host of familiar styles and flavours which only go to enhance its virulently imposing and contagious roar. The result is a slab of defiant and emotive rock ‘n’ roll as intimidating and cantankerous as it is one mighty feel good incitement.

Formed in 2010, the Huntington Beach quintet seemingly and unsurprisingly going by their latest offering, took little time stirring up attention and support, especially once releasing their debut album Searching in 2011. Its successor Let It Go cemented the band’s stature on the Orange County music scene with its unveiling in 2014 and now it is The Current Sea gearing up to push the band to new spotlights not only at home but within the broadest landscape of metal and rock.

Fusing dark and alternative metal with heavy rock ‘n’ roll; Haster creates a sound which will have something for most with a taste for metal and heavy rock. As proof The Current Sea offers a perpetual wave of familiar and unique essences bred from inspirations that range from Korn and Deftones, Chevelle and Tool, to Breaking Benjamin and System Of A Down, and as soon as opener Your Silence hits ears with its sonic coaxing, attention is on alert and swiftly gripped. Emerging on a looming almost foreboding energy and tone, the track aggressively and purposefully bounds towards the senses, then once up close as a growl of aggressiveness passes, it slips into a rugged stroll with melodic scenery wrapped in the fine clean tones of vocalist Jarret Stockmar. It is a delivery carrying a great persistent snarl though which is matched by the irritable riffs and punchy beats of drummer Brian Tew. Quickly those Chevelle/Breaking Benjamin references are understandable but there is plenty more to the character and air of the catchy encounter and as quickly realised, the album.

As good as it is the song is soon overshadowed by the bands outstanding latest single, The Unscene. As keys caress whilst riffs grumble and burrow into ears, the bass of Mondo Salazar prowls like a predator skirting the similarly snarly tones of Stockmar holding a mutual attitude to its presence. In no time the track is an addiction, a Disturbed meets American Head Charge like contagion with a chorus you will only find yourselves involved in after it leaps into ears just the once. Elevated further by the tenacious and inventive weave of guitarists Patrick Nolan and David Heida, the track is prime anthemic bait and unavoidably irresistible.

Haunt Me has a slightly mellower air to its confrontation but still carries an emotive intensity that flows readily through the great blend of Stockmar’s lead and Nolan’s backing vocals. Becoming more agitated and antagonistic minute by minute, the track explores a Korn like enterprise lined with melodic toxins carrying a scent of Life Of Agony to them before making way for the grumbling emotion and rhythmically gripping prowess of Substance Low. It too mixes infectious and unpredictable resourcefulness with more abrasive textures, a merger simply igniting ears and appetite into a greed quickly fed by The Resistance and its fiercely enticing collusion of wiry and sultry grooves with rapier like beats and vocal dexterity; again it all coming with a touch of Korn at times.

Potent bait and rich satisfaction continue to come together as Asfixiate and The Artist’s Life share their creative narratives and individual dramas. The first initially sounds like a close relation to its predecessor though soon it explores its own emotive Drowning Pool/A Perfect Circle spiced journey whilst the second brings back that grouchier provocative nature of the band’s music to merge into a potent tempest of sound that at times plays like Linkin Park crossed with Bring Me the Horizon. As shown by next up Consumed though, there is a constantly shifting and evolving nature to the tracks which only excites and impresses. The new track is similarly volatile in temperament to those before, fluidly moving from aggressively rapacious to sonically calming with vocal invention to match.

Connection Error is a cranky protagonist next; a choleric encounter gnawing on the senses as it fires up ears and pleasure with an irritable rousing roar easy to get hooked up on, much as the album is as a whole to be fair. Its confrontational body is contrasted by the reflectively emotive and calmer Shoved Aside, though the album’s closer has plenty of creative and impassioned sparks to create a blaze able to erupt with heart driven anger. Though for no particular reason, it fails to make the same kind of impact as other tracks, the song brings The Current Sea to a powerful and richly enjoyable conclusion.

To date it is probably fair to say that Haster is a name predominantly lent to US awareness but we suggest not for much longer thanks to their stirring new album.

The Current Sea is available from January 29th via Musicarchy Media through iTunes and more.