It Came From Beneath – The Last Sun EP 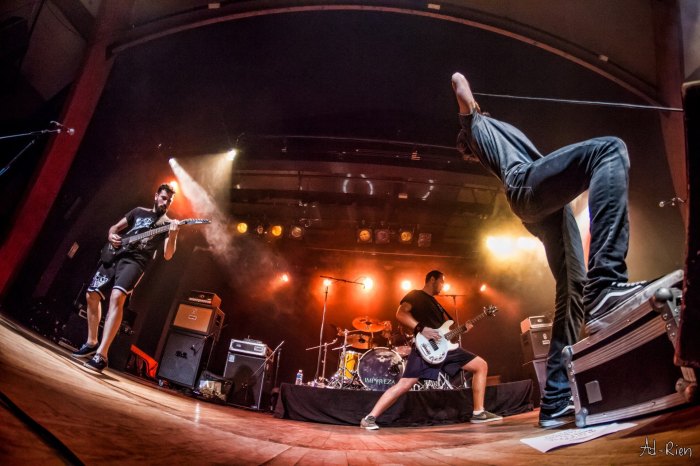 Formed in 2010, It Came From Beneath is a French band which sparked eager attention with their debut album in 2013. Fuelled with violent yet rousing strains of deathcore, the release quickly incited broader recognition of the Lyon quintet, success backed by the band taking their ferocious live presence further across Europe. Now the band cements their place to the fore of the extreme metal scene with latest EP, and finest moment to date, The Last Sun. It is a five track tempest of swinging virulence and ravenous hostility; a brutal savaging of the senses built on raw power but shaped with imaginative twists and deft touches of infectious invention.

It Came From Beneath showed early signs of the beast within their sound and creativity with their self-titled debut EP that first year but it was the album When No Light Remains which took the band from the eager support of French fans and the country’s underground scene into European pastures. The album was an impressive leap forward from its predecessor as The Last Sun is to it; their third release honing its adventure and sonic dexterity into one contagious assault on the senses and imagination.

The EP opens with its title track, casting a sonic mist which persistently envelopes ears as raw vocal growls add their menace. Subsequently, the track becomes a raging roar in ears with rhythms nagging and biting as riffs snarl around the now fully fledged guttural fury of vocalist Léo Muller. The guitars of Alexis Merle and Etn Lpz create a potent tempest of sonic aggravation and melodic tempting; their every design singularly or in union seeming to incite increasingly hellacious rhythms and the unforgiving heart of the track. It is compelling stuff with, as proven again and again across the release, new twists and layers being found with every subsequent listen; their unveiling only increasing the intensity and pleasure felt. 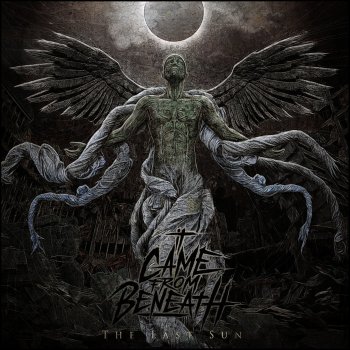 The Burden comes in next on the first breeze of a bracing sonic wind; that initial climate alone making the song a formidable proposition though it is only the forerunner to the insatiable ravaging that follows the cocking of a gun. The scything swings of Julien Ropert literally make the body shudder whilst bassist Nico Colère unleashes predatory bait as invasive and seductive as the bedlamic tempest quickly conjured by guitars and vocals. It is nastily delicious to the ear, an intimidating persuasion that grips body and appetite with its thick catchiness and scars the imagination with its psychotic tone.

An unexpected but admittedly highly agreeable cover of the Iggy Azalea song Work is the next to devour ears. Employing engaging melodies, the band soon disarms doubts before uncaging the kind of mercurial provocation now expected of them, entwining both striking textures across an epidemic of stabbing riffs, bestial rhythms, and infectious revelry. The song only leaves rich satisfaction behind though the band’s own compositions are where the might of the EP lies as shown by the final pair of reworked songs.

Originally found on the band’s first EP, Broken End is reassessed and re-ignited with the obvious maturity and craft that has blossomed in the band, the track breaching new ferocious heights and revelling in the sure hands now shaping its mercurial prowess. Still retaining the muggy mayhem of its first outing, it has grown into a predator of a proposal, an unbridled stalking and devouring of the senses demanding lusty attention; a quality also nurtured in the updated rancor of The Answer Remains Unknown. From the band’s album, it too has been twisted into a leaner but keener edged trespass on body and psyche as grooves collude with searing sonic spite and rhythmic barbarity, it all coaxed and inflamed by the excellent vocal assault of Muller and band.

The Last Sun is not re-inventing or reshaping the deathcore wheel but it is more proof, even with a cover and two re-workings of old songs alongside new incitements, that It Came From Beneath is one of the fresh breaths and gripping propositions that lie within extreme metal and deserving of proper attention.

The Last Sun EP is out now @ https://itcamefrombeneath.bandcamp.com/album/the-last-sun-ep

Tags: Deathcore, Iggy Azalea, It Came From Beneath, RingMaster Review, The Last Sun EP, When No Light Remains