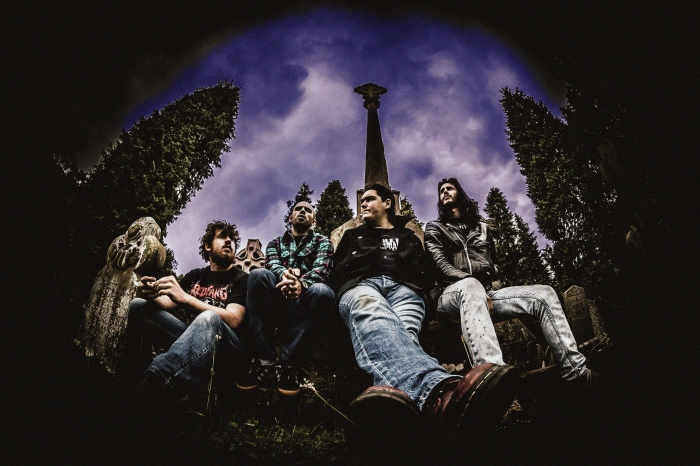 Taking the year as inspiration to name and sound, 1968 are poised to release their new self-titled EP and hopefully whip up thick attention to match the rich textures of their sound. With fiery grooves swinging from grouchy riffs and rhythms uncompromising in their addictive tenacity, the UK band’s rock ‘n’ roll is lava like persuasion crawling over and swallowing the senses with volcanic intensity from within an increasingly magnetic release.

Formed in 2013 out of an online meeting between guitarist Sam Orr and vocalist Jimi Ray and their mutual attraction to late sixties heavy psychedelic rock, the Cheshire hailing 1968 quickly grew with the addition of drummer Tommy Drury and on bass, Tom Richards known as The Bear. As each member brought their prowess and individual influences, the band bred its own invitingly tempestuous and creatively volatile invention with, as proven by the new release, imposing riffs, invasive rhythms, and a nostalgic yet fresh sonic/melodic intoxication leading the immersion and seduction of the senses. 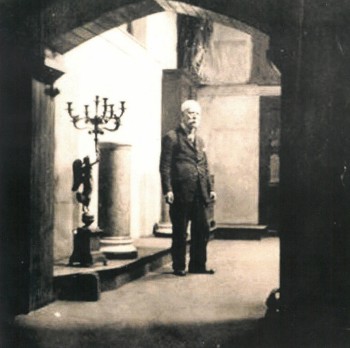 Marauder looms up on the EP first, an emerging sonic mist filling air and ears before a brooding bassline and spicy grooves entangle around punchy beats and the instantly alluring grizzled vocals of Ray. Swiftly thoughts of Black Sabbath through to Red Fang come to mind as the track swings and saunters purposefully across the senses and into the imagination. Its toxic sultriness also has hints of the raw ferocity found in bands such as Possessor and XII Boar if not with the fierce and aggressive rabidity they possess. As a sign of things to come, the mesmeric roar continues to evolve and soar into fresh adventure; smouldering climates and seductive flames with psych rock veining wrapping the senses as intensity and energy ebb and flow to pleasing success.

With only the fade out a personal niggle, the great start to the EP is matched by the anthemic weight and grooved revelry of Green Sails. In some ways less imposing than its predecessor and in others a more rowdy exploit with punk attitude to its breath and growling tone, the song casts gripping grooves and incendiary rhythms to bridge sixties and modern heavy rock swagger and imagination within its contagious rumble.

Final track HMS Conan provides a nine minute exploit with stoner-esque bait and devilry within a bluesy old school shuffle. Fuzzy and beguiling, the track moves from a rousing stomp with dexterous grooves and sonic devilment through a dirty garage rock lined stroll into a noise fuelled, volcanic dive into dark depths of salacious and intimidating rock ‘n’ roll. It is magnetic stuff, on first listen seeming too long but with every encounter seeming to grow and blossom into something persuasively masterful with hooks and twists to get a lust on for and claim the EP’s pinnacle.

The 1968 EP is a major grower, strong on first appearances but becoming more essential with each and every listen. It does feel like the band is still finding its true sound and that only adds to the excitement in anticipation of big things for the band ahead. Right now though, pleasure is more than seriously taken care of, especially with impressing sonic warriors like HMS Conan leading the way.

The 1968 EP is available from 15th January, via Black Bow Records and available through all digital platforms.