Home › Music › Album › The Order of Elijah – War At Heart

The Order of Elijah – War At Heart 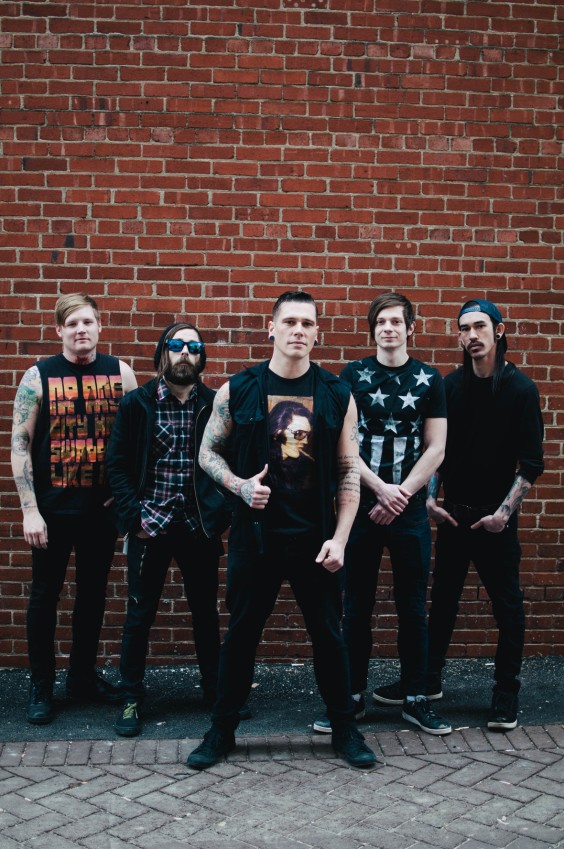 In sound and word there is a real bite to War At Heart, the new album from US Christian metallers The Order of Elijah, which makes you pay attention. It is an unpredictable cauldron of varied metal bred flavours which savage and confront the senses as potently as the lyrical side incites thought with its bold and uncompromising exploration of all sides and shades of faith and life. Predominantly though, it is one rigorously enjoyable incitement which impressed on first listening and only grows more potent and compelling with each subsequent involvement.

Formed in 2009 by vocalist Shannon Low and guitarist Bryan Cox, the Joplin, Missouri quintet have only grown in sound and determination since the release of debut album Dethrone of 2013. According to the press release with the album, The Order Of Elijah have found themselves “being shunned by many peers, churches, and religious communities for the message they bring,” reactions to the band’s look and accusation at the “over-obvious corruption that many churches and cultures have adapted to the words of Jesus Christ.” War At Heart shows that the band has only used any opposition as more fuel to their creative and emotional fire. The release is a tempest of anger, confrontation, and hope with a sound which alone leaves no doubts about the intensity and passion within The Order Of Elijah imagination and heart. 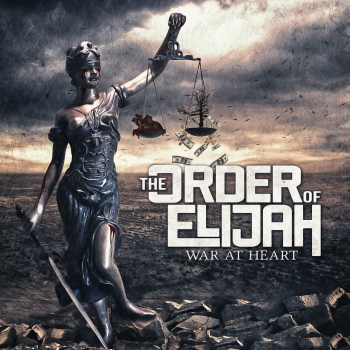 Opening with the dark vocal introduction of Heresy, band and album swiftly move to involve ears and imagination with its title track. War at Heart opens with a mesh of wiry guitar and attitude loaded rhythms, they soon joined by clean vocals which quickly reveal their raw and grouchy side. That fluid ability to swiftly change attack and character is echoed across the whole album in sound and invention, the metalcore meets heavy groove metal and electro resourcefulness of the song expectation defeating, even with its use of familiar textures at times.

The excellent track is matched in potency by Tyler Durden, where the guitars of Bryan Cox and Myk Lee Fodor create a gripping splattering of choppy bait initially as the voice of Low again swings from tone to texture with inventive ease. Like Slipknot meets Cryptopsy with a slither of Emmure involved too, the song is an impressive intrusion, those essences twisted into something maybe not dramatically unique but certainly distinct to The Order of Elijah.

The scything beats of drummer Josh Newlon open up God’s Unwanted Children next, his enticing assault wrapped in an electronic breeze which as expected soon erupts into a more volatile and tempestuous environment. The electronic smoulder of the song lends itself to thoughts of Silent Descent but again with Low in the throes of vocal adventure, things quickly take on a personality of their own which only invites deeper attention. Like a bear awoken from hibernation, the track roars and spits with unbridled antagonism, leaving ears ringing with content as the melodic calm of From the Dusk washes gently over the senses. The brief instrumental allows a breath to be taken though the excellent presence of James Copley’s bass ensures shadows are still courting thoughts and emotions before From the Dawn emerges from its beauty to inflame air and the senses again with a fiery and anthemic tempest. Vocal harmonies contrast grizzly tones and melodic suggestiveness tempers violent rabidity as the track blossoms into another crushing highlight of the release. Once more very passing minute brings a new twist to be caught unawares by and fully enjoy; electro spices alone colluding deviously with the primal metal resources fuelling the encounter to offer a whisper of The Browning in certain moments.

All American Plague lurches and invades next, throwing its elements around like a dervish but with a control which ensures no twist or texture is wasted, whilst Jennifer Mckenzie vs The Vampire Slayer straight after is a punk infested animus of fierce sound and agitated attitude. Featuring Zachary Scott of It Lies Within, the slightly Korn/Betraying The Martyrs like track is a ravenous contagion, which only sparks more greed in the appetite for the album, a hunger given more to happily chew on by both the hellacious onslaught of Haunted and The Art of Forgiveness. Admittedly neither track quite sparks the same thickness of excitement as their predecessors but each easily fattens up satisfaction before leaving the reflective intensity of Beautiful to bring things to a close.

If asked after the first couple of listens or so, War at Heart would have been labelled as impressive with the ability to lure attention back, but over time it has emerged as one fiercely delicious enjoyment which is seriously hard to leave alone. Not all will be as taken with it obviously but every metal fan should seriously think about giving the new creative bellow from The Order Of Elijah deserved attention.

War At Heart is available via Luxor Records from 8th January @ http://www.victorymerch.com/merch/label/luxorrecords