Networks – Enough To Save Us EP 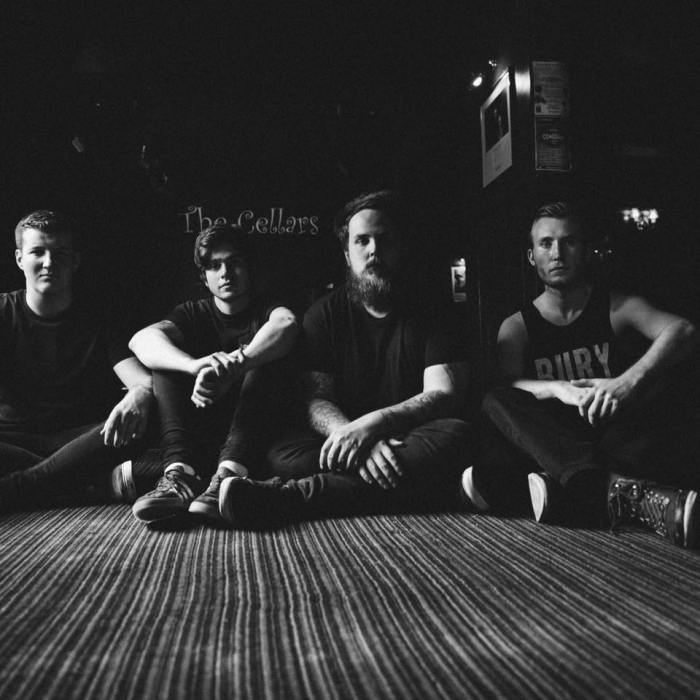 There is a bit of a buzz brewing up around UK metalcore band Networks and though we are not ready to yet add majorly enthused voices to the rising roar, intrigue and attention for the Portsmouth band has certainly been sparked thanks to their debut EP Enough To Save Us. It is a tempest of sound and ire fuelled emotion which sits easily within expectations of the genre inspiring it but dig deeper and there is an underbelly of invention and imagination which incites closer inspection and a want to know more.

Formed in 2014, Networks was soon stirring up ears and support across shows and a handful of festivals like Redfest, Edgefest and Messtival. From there opportunities to share stages with the likes of The Blackout, Slaves, and Astroid Boys have arisen, 2015 being a thick nudge of broader attention by the band. Seeing a couple of personnel changes early on this year, they set about writing new songs whilst playing with artists such as Palm Reader, Zoax, and When We Were Wolves and at the Crossroads Stage at Butserfest with HECK, Fathoms, and Shields. Now they attempt to whip up more of us with Enough To Save Us, a try easy to imagine leading the band to some potent success.

Wires gets things off and running, its opening a worldly bred flavouring infused with samples and a brewing turbulence which soon drives the heart of the raw fury and enticing sonic tempting gripping the track. In no time the guitar of Joe Soar builds a web of engaging grooves and sonic enterprise, they a less hostile tempering to the heavy growling vocal antagonism of Sean Kelly and the hefty swipes of drummer Harry Fielder. The main body of the track is potent and persuasive if without springing any surprises but it is the twists of sound and imagination, at times only in slithers, which turn a good track into a keenly appetising one.

A melodic caress opens up the following End Of An Era, though soon jagged exploits from the guitar step forward in tandem with the dark menace of Josh Slade’s bass. Within a few more breaths, the track is stomping with energy and irritable emotion, though again things evolve as all the creative tendrils and facets of the excellent track collude and entwine. Once more it is fair to say that Networks are not breaking free from established metalcore scenery and hues, but with bright imagination and a good level of unpredictability, the track provides an increasingly enjoyable incitement.

The rugged and challenging Darker Truth steps up next, vocals a rasping provocation against barbarous rhythms. As the lure littered sonic weave spun by Soar breaches ears, the bass brings a great bestial voracity to the song’s tone, it all uniting in an appealing trespass on the senses with again surprises low but enjoyment thick.

The EP is completed by its title track, a proposal carrying a similar and satisfying template to its predecessor. There is an open degree of similarity across all songs in varying ways, the admittedly strong and pleasing vocals of Kelly one such area which might blossom further with a touch more diversity. More than most, the final provocation suggests this closeness but nevertheless it still enlivens the appetite whilst confirming the prowess and potency of Networks in songwriting through to sound.

Enough To Save Us suggests there is plenty of potential and quality which will see Networks emerge from the crowd in time and coax strong attention and support along the way. Fair to say that the band’s opening gambit is a strong and fiercely solid introduction providing ears with a potently enjoyable slab of confrontation, a sign of things to come we suspect.

The Enough To Save Us EP is available via on Viper Trail Records, digitally now from most online stores and as a physical copy from December 3rd when it will be launched at the EP’s release show at The Edge Of The Wedge in Portsmouth.