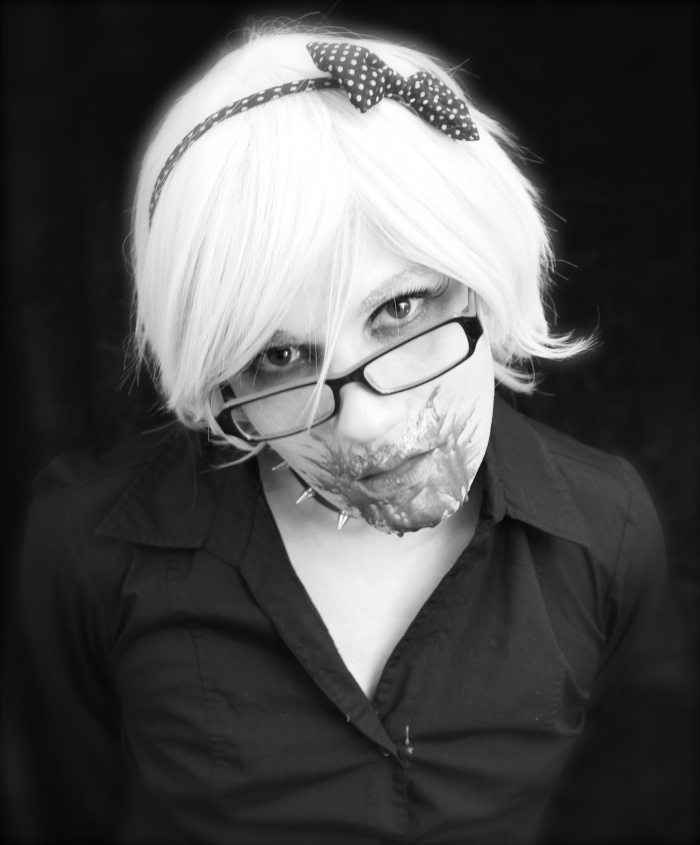 Some know Mr. Strange as the former frontman of the brilliant circus rock steampunks The Shanklin Freak Show, others more some from their solo exploits and especially outstanding 2014 album Wonderful World Of Weird. What is beginning to be recognised is that the sound conjuror of musical deviancy from the Isle of Wight is one of the UK’s most imaginative and unique songwriters. Proof to that has come with their fiercely tremendous new album The Bible of Electric Pornography, the first offering since the rebirth of the persona and sound of Mr. Strange over past months. The just released album is a “sacrilegious assault of electro-influenced filth”; a thrilling incitement of electronic and rock ‘n’ roll alchemy with the unique Mr. Strange imagination. A certain album of the year contender for a great many, we grab time with its creator and took a look onto the defiant invention of The Bible of Electric Pornography.

Hello Mr. Strange, thanks for letting us peer into the heart of your new album.

Before we do though, you are already known for your tapestry of sound and flavours. What are the major inspirations which have most coloured your ideas, songwriting, and approach to making music?

Historically, the culprits in the inspiration department are; Marilyn Manson, Insane Clown Posse, Dr. Steel, Alice Cooper, Gary Numan, etc., anything theatrical, weird, and dark that I can “escape” into. Musical ability has never been that important to me, the atmosphere and/or uniqueness in music has always been more appealing, personally.

I’ve always wanted to create “worlds” for listeners to get lost in; you can see this in each Mr. Strange album, no matter what changes musically the escapism is always there.

Being primarily an electronic composer I’ve always worked using software, so no Mr. Strange song (or earlier Shanklin Freak Show) song have ever come from a traditional “jam” – all songs are created in a methodical, multi-layered, jigsaw-like way. I imagine this approach, while not in any way unique, has had an effect creating the Mr. Strange “sound” over the years.

As with any artist, everything influences me in some way or another, a lot of it subconsciously. The quirkiness of video game music has always been a large influence, especially pre-2001, before games started trying to ape films so much. 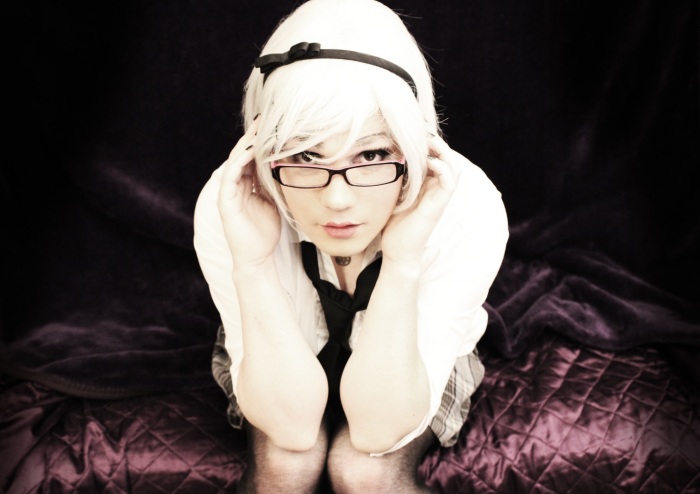 You have just released your new album The Bible of Electric Pornography. Can you give us some idea to the evolution of your craft and music shown in previous propositions and has culminated in the new incitement of ears and emotions?

This album’s been on the cards since about 2005. Originally it was just an idea to make a sleazy electro-rock album called ‘Sleaze Pit’; a few demo songs were written, only one of which survived and made the album. The ‘Sleaze Pit’ idea has always been there, all this time, but there has always been something else I wanted to try when it came to the “next record”. That was until Wonderful World Of Weird came out, then it was a toss-up between doing a metal album or this Sleaze Pit album. My guitar amp broke so I went with Sleaze Pit’!

It was only supposed to take 6 months but took 2 years… It evolved in to a monster.

Ideas kept coming, both musically and thematically. It tied in with a pivotal moment in my life, so I could pour a lot more of myself into it without it feeling at odds with the albums themes; I am the albums themes. There’s a sincerity and “realness” behind the theatricality now which may not have been there before. I hope it comes across to people listening to the record.

In my opinion, this is easily the best album I’ve worked on. I’ve never been very confident or overly pleased with any albums up until now. There’s always been time constraints forcing me to rush to completion, or a loss of interest in the project that has hampered its potential. This is the most personal, well-realised and accessible album I’ve ever done. I’ll be happy if this is the last album I ever do.

Some may mourn the loss of the old Mr. Strange quirky goofiness, but I needed to try something else for this album. I’m sure it’ll be back, though. 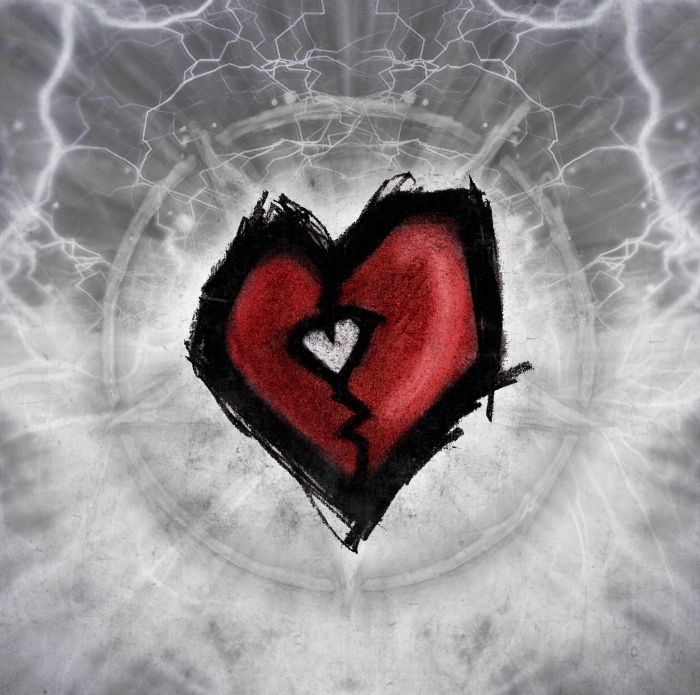 You mentioned the time it has taken The Bible of Electric Pornography to grow and emerge etc., can you give us more insight into its writing and recording; also were there any collaborations also involved thus time around?

It was a bit more of a solo effort than Wonderful World of Weird, which was a very collaborative effort between me and Mr. Stench (guitarist). This is mainly due to how electronic the music is, so there wasn’t as much for a guitarist or live drummer to do. It was only meant to take 6 months; I didn’t mean to leave my band mates twiddling their thumbs for so long! But we have written a lot of music together though, it’s just not on this record…

The collaboration with Global Citizen (on the track D/s) came about very naturally. I co-produce their music, so have access to their track “stems” and decided to play about with one of their songs one day. I did a remix/remake, of sorts. It sounded great and fitted with the new album perfectly, so I asked Global Citizen if I could use it on the record, they said yes! I thought it’d be cool to have them sing on it too, their brand of lyrical filth seemed a natural fit. 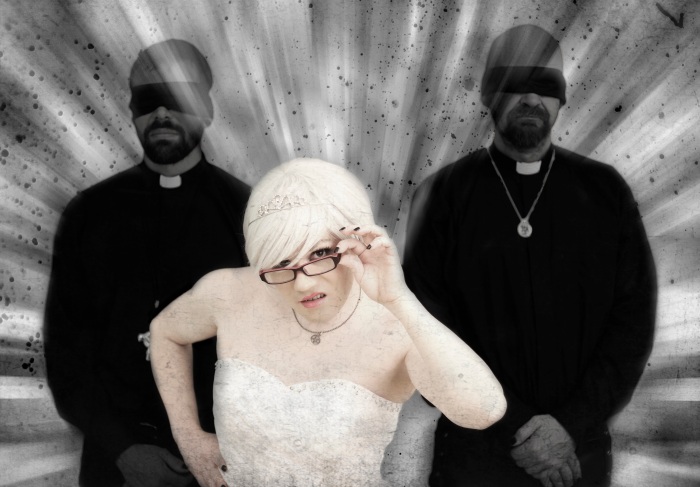 Tell us about the lyrical themes and sparks for some of the tracks within The Bible of Electric Pornography.

There are two main themes running throughout Electric Pornography; Satanism and sexuality. For hundreds of years, religions have led people to believe the two are as one. This has led to an extremely repressed society, ashamed by default, born sinners. Christianity has had such a huge impact on the mentality of the western world over its 2000-odd years; its grip is loosening, but very slowly. The ingrained shame still exists in the western subconscious; some can overcome it easily, for others it can emotionally cripple.

I wanted to make a liberating album; I’m tired of hearing and feeling that I should be ashamed. I want to be the antithesis of that kind of thinking, the adversary of it. Seeing as so much repression, shaming, and bigotry stems from religion, I thought I’d side with one of their classic adversaries, metaphorically. If I’m a deviant abomination in their eyes, so be it, I’ll just embrace it. It’s a middle finger, really. Calling the album a ‘Bible’ is a cheeky slap in the face to the Jesus freaks; it also holds just as much relevance as their Bible, which is none. That’s a positive statement I wanted to make for people who might find this album and who may have to deal with religious bigotry on a daily basis. If it helps just one person feel a little better about themselves, then I’ll call that mission accomplished.

The sexuality in this album is very over-the-top, dark and nasty. This isn’t so much how I view sex and sexuality, but more of a symbolic revelling in the so-called “sinful” debauchery of it all. If I feel a certain way about something, I always take that to the extreme in my music – I blow it up so it’s ten times bigger and more exaggerated than it really is. People who already know my music and “get” it see past the pomp of it all and appreciated the real sentiments behind the overblown way I present them, but I can imagine that to the uninitiated I may seem like a self-obsessed sociopath or something!

Is there one core message within all those aspects it looks at and explores, and specifically that within the album’s finale, The Last Song?

It’s unapologetic and unashamed, and hopefully it will make people feel that way when listening to it.

The finale has two meanings.

The first: the end of a beautiful relationship. A mutual parting of ways that is sometimes necessary and unavoidable.

The second: a farewell to people who may not wish to follow me anymore. I look different and I sound different, I AM different, and that doesn’t always go down well with music fans. The first line sums it up perfectly for me:

“I know this isn’t what you wanted,

You wanted more of the same,

But that’s a game I cannot play”

The future for Mr Strange

The future is electric! 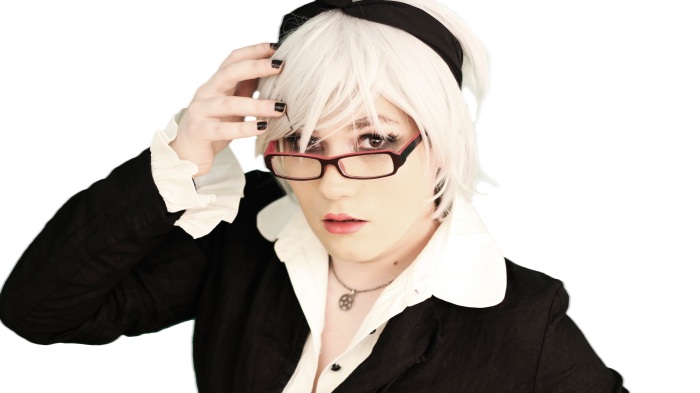 Read our review of The Bible of Electric Pornography @ https://ringmasterreviewintroduces.wordpress.com/2015/11/05/mr-strange-the-bible-of-electric-pornography/