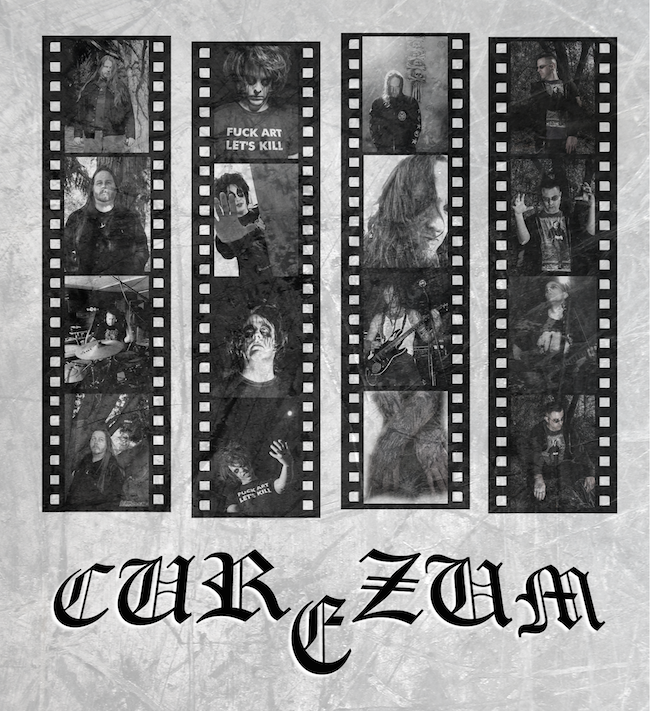 It was hard to know how seriously to take the new two track single from Curezum, they a black metal tribute band to The Cure, and almost too easy to dismiss it without a chance. But everything deserves a piece of attention and as band and release provided a thoroughly potent and enjoyable time, thankfully we did give it some. It is probably fair to say that the single is not going to ignite major fires yet there is no escaping the highly persuasive and compelling job the band did with two particularly well known and for some revered tracks. Its success also shows how thin the veils between genres are at times when given a twist and infusion here and there. 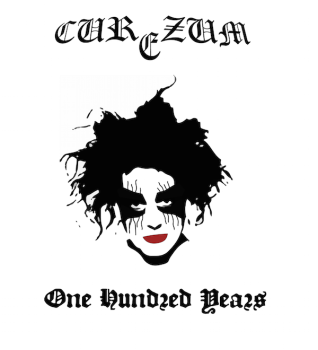 The project began with lead guitarist/keyboardist Mort Subite (Megaton Leviathan, Vaital Deul, Alfheimr) and drummer Martti Hill (Barrowlands), the band finding themselves united in imagining the relative simplicity of taking The Cure’s album Pornography and re-imagining it as a black metal proposition. It is probably fair to say that the Brits are an obvious inspiration and love for the pair too which only added to their enthusiasm to push the project forward. A search for the right musicians to help bring their idea to light and demands of the pair’s other projects took up plenty of the following time but eventfully a linkup with Billy Anderson (Blessing the Hogs, Porn, Solodolor) for additional production duties happened, he also providing bass on the single, with vocalist/rhythm guitarist Rob Vikernes completing the line-up.

The opening track to Pornography, One Hundred Years attaches itself to ears and an awaiting appetite with swiftly hypnotic rhythmic bait, its lure the spring board to recognisable acidic melodies and similarly potent hooks. Straight away though, the raw and almost insidious tone of the track provides a welcome but invasive quality, the guitars great abrasing irritancy against the dark seductive lure of the bass. The scarred and magnetic tones of vocalist Vikernes only add to the harshly tempestuous nature of the track too, the band soaking the atmospheric shadows and elegance of the song with their own pestilential hue.

It has to be said that the version is outstanding, a close rival to the original and able to stand alone as Curezum, not quite making it their own, give it a potent character change without losing the dark melancholic majesty of the original. The same applies to the other side of the single, The Top. Obviously taken from the album of the same name, this song also finds its familiar tones and essences infused with fiercer predacious intrigue and toxicity. Crawling over the senses, the song is cancerous, like creeping smog of venom guided by a prowling rhythmic contagion amidst a web of corrosive emotion and enterprise; the vocals the demonic heart at the centre of it all.

Whereas One Hundred Years holds on to some of its original virulence, its companion is a festering sore of pleasure becoming more intrusive and gripping over time. Both tracks are surprising treats, quickly devouring any doubts before venturing into the single’s cavern of dark ravenous delight. Curezum is currently working on a whole album of such enticements and after this, anticipation is definitely lively.

One Hundred Years/The Top is released digitally on November 28th with a physical release to come.