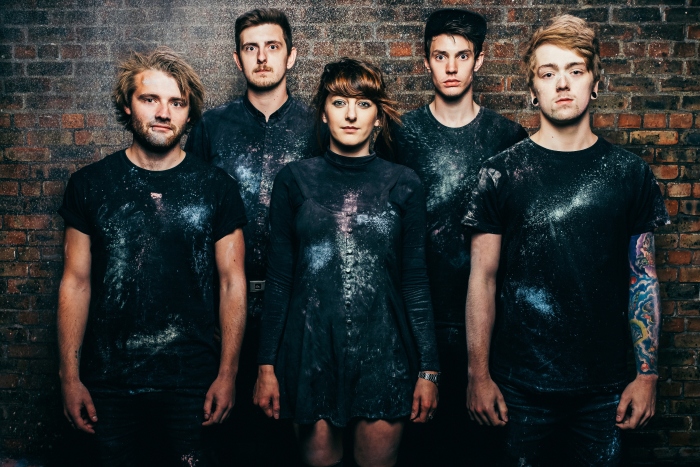 There has generally always been a strong underground scene spreading out in Bristol but right now the British city seems to be at a new high in excitement and potency. There is a vast horde of artists catching ears and attention with, for us, bands like The St. Pierre Snake Invasion, who just released their exceptional debut album, Jesuits, Left Side Brain, and the currently quiet Mind Museum leading the way. To that list we can now add rock popsters Spark The Sail, a quintet releasing a debut EP that simply leaves ears and pleasure aflame.

The Sapphire Deep EP is a rousing romp of pop ‘n’ roll, a feel good contagion built on open craft and fresh imagination. Every one of its five songs has the body and emotions leaping, the appetite for its boisterous beauty greedier by the second, with the psyche lost in its web of virulent catchiness. To local fans this is no surprise and now the UK and further afield can wake up to magnetic rock music as virulent as it comes.

Spark The Sail initially began as the duo of vocalist Jodie Davies and vocalist/acoustic guitarist Ryan Moore. Then as 2013 called it a day, the band had grown to a quintet with the addition of electric guitarist Robbie Rowe, bassist James Killackey, and drummer Mitchel Lucas. Honing their unity and sound, the band subsequently hit the live scene and were soon adding the sharing of stages with the likes of The Hoosiers, Dub Pistols, and Tinie Tempah to their quickly expanding CV. Successful appearances at The Isle Of Wight Festival this year and a host of other shows across the south of England has only added to their reputation and fan base; both now set to explode as Sapphire Deep unveils its rich revelry. 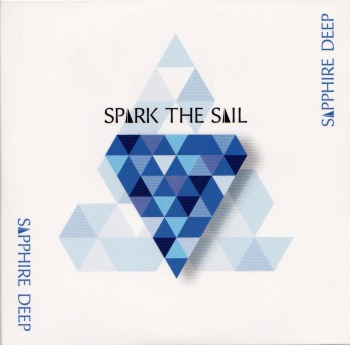 The band’s inspirations include bands such as Panic! At The Disco, The Skints, and Paramore; fair to say open influences in varying degrees from the first track onwards though equally there is an energy in the songwriting and melodies which has a feel of Irish bands The Radioactive Grandma/ K.N.O.T.S. As opener Sapphire reveals, it is potent flavouring to something, if not unique to Spark The Sail quite yet, easily allowing them to standout as something highly promising and special. The song opens on a melancholic piano cast melody, around it the atmosphere hazy and slightly distorted. Energy brews simultaneously, erupting in a stroll of punchy rhythms and coaxing riffs led by the excellent dual vocal persuasion of Davies and Moore. Alone their voices entice but together enthral and ignite ears as easily as the weave of acoustic and electrified enterprise aligning to their creative theatre. Like a gem, the song has a host of faces to its adventure, each having a moment to shine and tempt before the song concludes on another boisterous roar of pop devilry.

The following Never The Moment keeps ears and enjoyment flying, the opening bait of rhythms from Lucas setting the template of the song with its anthemic shuffle soon joined by smiling melodies and hooks. Again the vocals transfix and bewitch, side by side or hand in hand a thrilling colour to a track again twisting and turning with perpetual imagination. The glorious encounter leaves rich hooks in ears and memory, its character a lingering friend but as Outlook shows next, that also applies to each song. Like its predecessor, the swinging slice of fun has meaty rock ‘n’ roll at its core and spicy pop melody in its heart, both wrapped in a swirling folk pop scent for a riveting and lively drama with a good whiff of Fall out Boy to it.

Trust Me is next and with elegant melodies as its first caress, swiftly has the imagination floating away with its atmospheric and emotive air. A relatively more restrained and intensive affair than the first trio of tracks, it still weaves a rosy hug of vocals, harmonies, and expressive melodies around a firmer lure of rhythmic bait.

The release is brought to an energetic and tenacious end by Pieces, another easy to get physically and mentally involved in proposal bouncing round with creative enthusiasm and melodic flirtation. The track sums up the whole of the EP in its closing dance of passion and sound to light up any day and shadow.

Spark The Sail is now firmly installed as not only one or our favourite Bristol exports but of our pop /rock joys. Mark our words; this band is going places if Sapphire Deep is the sign of things to come.

The Sapphire Deep EP is released November 6th through all stores.