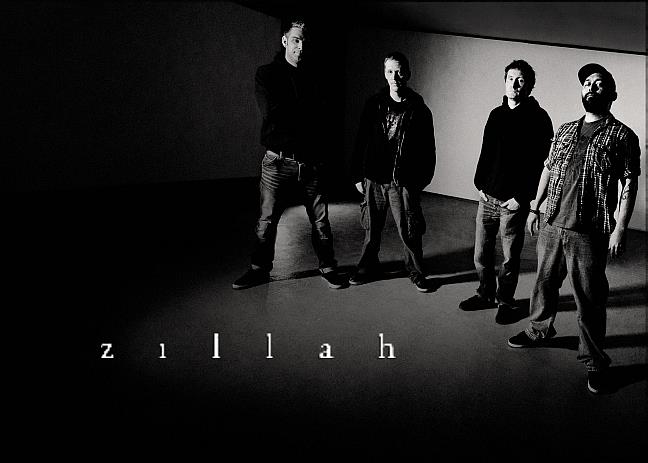 The scars of uncompromising sonic hostility and a ferociously emotional war may be the legacy of listening to Serpentine Halo but there is no denying that the new album from Scottish metallers Zillah is one compelling and invigorating fury. Savaging and thrilling ears and appetite cross eight ire fuelled tempests of rabid progressive metal, the long awaited release quickly and forcibly shows that across the nine years since its predecessor, Zillah have only got harsher, fiercer, and more inventively explosive.

The Edinburgh band have earned a potent and acclaimed reputation for their sound and indeed releases. The Halo Diablo EP of 2001 set things off with a second EP in the shape of The Thoughts that Lead, and indeed first album Morta in Crucem a year later, offering potent suggestions of a potential loaded band on the rise. Arguably though it was from the two EPs When Rock Goes Wrong and Standing Next to Normal of 2003 and 2005 respectively, that attention truly turned the band’s way, a praise lit focus which devoured second album Substitute For A Catastrophe in 2006. Its quality and impact confirmed Zillah as one of the major forces in Scotland’s extreme metal scene, its success and acclaim sure to be easily eclipsed by the mighty Serpentine Halo. It is fair to say the band through its new dirty corrosive roar now stands as one of Europe’s most exciting and thrilling proposals. The band are certainly no newcomers but with Serpentine Halo there is something fresh which takes Zillah up to stand with the ‘big boys’. 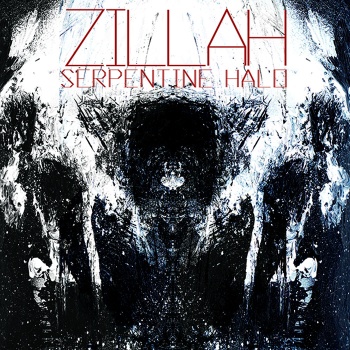 The album opens with Therefore I Am and a maelstrom of intensity and sound. The guitars of Rob Coverdale, Tim Rasmussen, and Roddy Anderson explode with sonic tendrils which collide and wind around each other like a volcanic mosh pit, their chaos reinforced by the bedlamic swings of drummer Matt Holland and Coverdale’s additional ravenous craft on the bass. It is a breath-taking, senses debilitating assault, yet within it already the intricate and technical prowess of the band is fingering the imagination and psyche, a fusion ensuring a scintillating opening to the release which just gets more exacting and irresistible with each passing minute of its lethal, energy sapping enterprise.

The rawness and corrosive hue of the music is as powerful and gripping as the melodic and skilfully woven textures, swift evidence coming with second track Something Done Cannot be Undone and again in its successor Made Flesh And Bone, actually right across the whole album. The first of the pair enters on a predatory waltz of gritty rhythms and steely grooves, its flavouring as much post punk as it is progressive antagonism. Winding around the senses like an insidious temptress, the track continues to weave a hellacious web but again one with strands of addictive enterprise and imaginative resourcefulness as the coarse and equally enticing bellows of Anderson’s throat, as in the first song, incites sound and listener. Made Flesh And Bone is similarly as engrossing and even more predatory in tone and nature, as well as more rhythmically barbarous. Tagged as progressive metal, the third song alone shows that the Zillah sound is a mesh of diverse extreme metal just as keen to reap the essences of noise and hardcore spicery.

Another riveting rhythmic shuffle brings the intoxicating animus of Karras to bear on ears, its body an increasingly volatile and fascinating protagonist with each passing torrent of hungry riffs, rapier like beats, and virulent grooves bound in spellbinding sonic ingenuity. The track is primal temptation, a volcanic pyre of imagination matched by Not All Of Me Shall Die and its tsunami of emotive and creative dissonance. Once more no breath is allowed to be seized, no respite given yet the song as fearsomely intensive as it is, still unveils a sublime tempering to the punishment through its melodic evocation of kindred calm and reflection. That gentler resourcefulness continues in Man Son Of Swine which flows seamlessly out of its predecessor. The track is a cauldron of aural colour and jaundiced emotion which gradually becomes more ferocious and ruinous before coming off the boil for a melody sculpted oasis lit by the piano craft of Simon Coverdale and backing harmonies from Layna Marshall. In time of course the turbulence is in full blaze again to complete another thrilling trespass on the senses by Zillah.

The provocative, initially sample lined One Thousand Stones Thrown grips satisfaction and thoughts next, its ever broadening landscape a perpetual evolution of sound and anger as impressively unpredictable as it is deviously and naggingly infectious, not forgetting inventive. Its erosive alchemy makes way for the closing threat and rapacious drama of He Who Knows All where additional vocals come courtesy of Mike Pilat. The darkest, heaviest incursion on body and soul on the album, the song stalks and crawls over the psyche, brimming and intermittently exploding with mordant sound and burning energy throughout. It is a fascinating end to a glorious creative violation, Zillah giving the metal year and scene a major proposal to contemplate and fearfully bask in.

Serpentine Halo is out now digitally and on CD via Sea Of Corruption Records @ https://zillah.bandcamp.com/album/serpentine-halo

Like Loading...
‹ [Evertrapped] – Under The Deep
Bold webs of adventure: taking a Deep Breath with One Year Delay ›