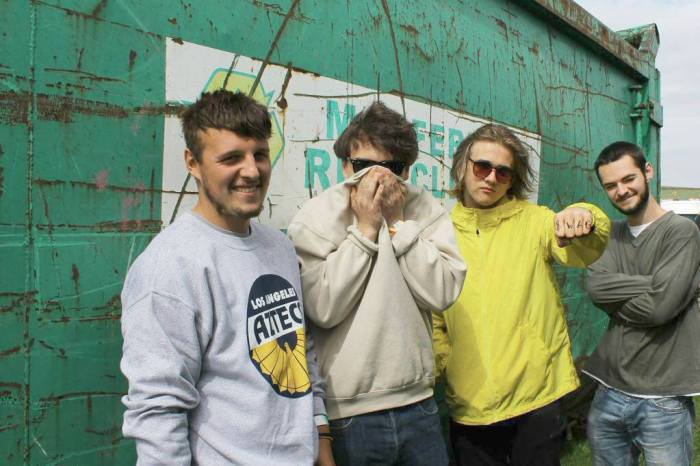 Consisting of six cheery yet melancholic indie pop tracks, the Urban Glow EP from British noise popsters Trash is a captivating jangle of sound and enterprise quickly giving big hints as to why there is a buzz brewing around the band and indeed the reason that UK label Clue Records has taken them to their bosom. There is simplicity to the Trash sound yet sparkling invention which lies behind that deceptive quality, that union alone resulting in songs which dance with the senses as the band offer lyrical propositions which may wear an alluring smile but look into the shadows and disappointments of finding things are never as rosy as they seem.

The EP’s press release reveals more in its description of the theme behind the band’s new release; “The tone of Urban Glow encapsulates anxiety, breakdowns and a typical British summer; glimpses of hazy sunshine, optimism and hopes of neverending highs, brought back down to earth by a rain shower on the horizon and the realisation that work/school/college/uni/love/life isn’t quite what you’d hoped it would be.” It is an open melancholia which is as magnetic as the warmer hues of the Chesterfield quartet’s inviting and infectious sound. Fair to say Urban Glow does not take the listener by the scruff of the neck with its impact and presence but instead entices with a seductive prowess to its character that only leaves thick enjoyment as its legacy. 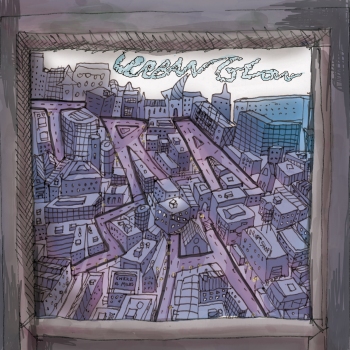 The opening Intro does its job right away, is forty odd second a charming coaxing which lays out the melodic foundations for the feistier stroll of the band’s latest single 4 Miles to spring from. The song instantly casts a rhythmic enticement to involve feet and ears, that lure teased and stroked by slithers of expressive guitar and less sparky but potently evocative vocals. It is a tempting mix which just blossoms as fresh adventure fuels the guitars and rhythms breed more tempting shadows, whispers of pop punk also joining their revelry as additional nostalgic hues recall an eighties/nineties lo fi/high essence.

It is a catchy proper start which continues with the excellent Drift, its mellow but keen swing feeding off essences to be found in bands likes the House Of Love and especially The Mighty Lemon Drops. It is an infectious shuffle of a song which smiles with melodic tenacity and atmospheric warmth yet again has that gloomier tinge to its lyrical and emotional underbelly; a combination of character which lights up the EP’s title track right after.

The EP just gets better with every passing song, its fourth offering aural magnetism that simply captivates as it spins a creative and inventive web of sound and ideation. Once more there is that simplicity to its hooks, harmonies, and fuzzier lining, but all aligned to each other with adept and imaginative prowess. Ending in a wonderfully rousing climax, the song departs to leave Sad Boys (All I Wanna Do) the opportunity to close the EP off in similarly fine style, which it does with ease though maybe the keenness for its predecessor remains slightly richer. As virulently contagious as anything on the EP but with its own individual festival of tangy grooves, spicy hooks, and infection loaded invention, the song gives Urban Glow an enthralling and fiercely enjoyable finale which alone lives up to the general sense of the EP’s title.

Just as each song seems in varying degrees to eclipse the one before, each listen of the Urban Glow EP impresses more than the one before. It is heavily enjoyable stuff and the fact that at the same time as getting involved in its success, you feel that the band is barely tapping into the potential of their creative depths only breeds real excitement bred for what is to come from the band.