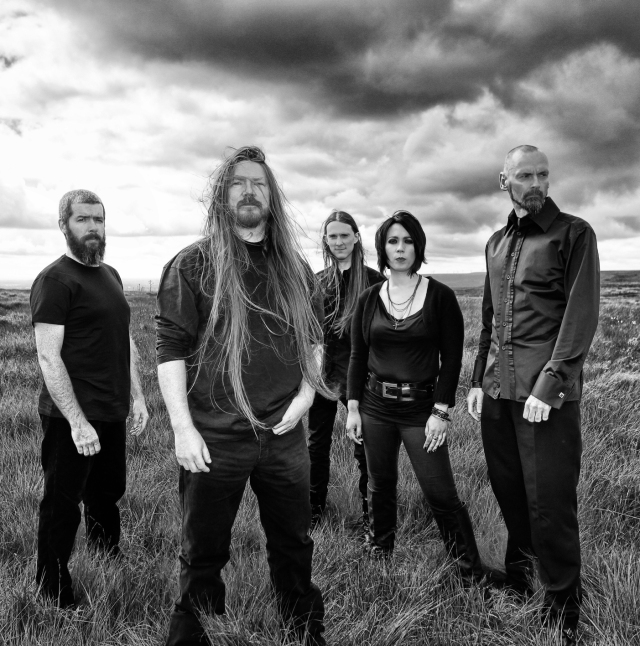 Never having been smitten by the My Dying Bride sound but equally never having felt the compulsion to turn the other way when it has stood before us either, taking a look at the band’s new album Feel The Misery has been a bit of an adventure. Fair to say most of their previous haul of releases have for the main been passing acquaintances at best attention wise, their new offering pretty much the first to be given serious time to make its proposition. The result is finding a release which still does not have us enraptured with the band’s sound but certainly provided an hour plus of enjoyable doom metal theatre which continues to be increasingly persuasive.

Featuring the return of guitarist Calvin Robertshaw and living up to its title’s tone through creeping infestations of funereal doom metal, Feel The Misery quickly engulfs ears and imagination with its heavy gothic breath and doom laded atmospheres. And My Father Left Forever opens up the West Yorkshire hailing band’s twelve studio album, the track uncaging a swift and tenaciously lively stride sculpted by rapier like rhythms and feisty riffs draped in spicy grooves. There is a rapacious feel to the song which continues as the clean tones of Aaron Stainthorpe begins the tracks’ intrigue rich and melancholy fuelled narrative. The guitars of Andrew Craighan and Robertshaw are equally as descriptive through their enjoyably nagging enterprise, though it is the moments when things slip into a dour gait coloured by the highly emotive violin prowess of keyboardist Shaun MacGowan that the imagination and appetite finds itself at its greediest. The song continues to create a compelling and enjoyable creative drama with each passing minute whilst setting Feel The Misery off in fine and striking style. 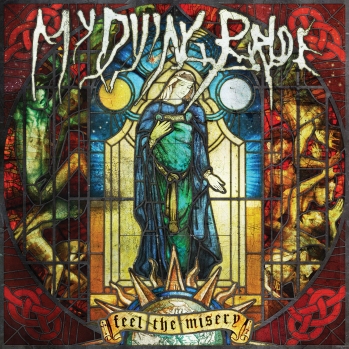 The following To Shiver In Empty Halls vents its rancorous wash from its first second as the grievous growls of Stainthorpe crawl over sombre sonic tendrils bred by the guitars, they in turn magnetically shadowed by the bass predation cast by Lena Abé. Continuing to lumber over the senses and into the psyche with bursts of ravenous energy breaking free throughout, the track is like the jaws of a leviathan; riffs its hostile teeth, rhythms its intimidating limbs, and the malevolent air its consumptive breath whilst the sonic and melodic invention echoes the beauty and danger which resides in its presence. Again it is nothing less than compelling and increasingly so with every listen, a success applying to the album as a whole.

A Cold New Curse is a brewing vat of dark tones and deeds crafted by the enthralling designs set free by Craighan and Robertshaw, a tempest which slips from raging sonic and emotional ire to morose immersive beauty with an inhale of breath. The invasive haunting to its presence is where the track most steals personal attention but fair to say that its volatility and inventive trespass from start to finish perpetually entices before the album’s title track stalks and seduces ears in equal skilful manner. No particular element stands out but united they all create a physical and lyrical entanglement hard not to be enjoyably wrapped up in.

From here the album really hits the spot with us, starting with the dark charm and sinister elegance of A Thorn Of Wisdom. Swinging from a gripping bassline spine from Abé, the song courts an infectiousness which borders on virulence even within the gothic lure of the keys and caliginous air enveloping the senses. The track is riveting, its bursts of post punk adventure mouth-watering and the vocal gloom of Stainthorpe magnetic as the album hits a new plateau of persuasion and imagination which relatively continues through I Celebrate Your Skin and excels within I Almost Loved You. The first of the pair lays its portentous glaze down with slowly winding and thickly enticing potency though the shift in vocal style to throat grazing scowls fails to find the same strong mark on personal tastes. Those moments are soon forgotten though as celestial harmonies and incantation like keys and chimes spark the appetite again and help create an alluring finale before its outstanding successor takes over with its incandescent beauty within a spellbinding seam of vocal and melodic melancholy. The song is pure bewitchment, alongside A Thorn Of Wisdom easily taking best song plaudits and as the earlier track leaving lingering temptations and irrefutable reasons to regularly return to Feel The Misery.

The imaginatively tempestuous and climactically varied Within A Sleeping Forest brings the album to a dramatic and stirring close, its hefty landscape an evolving sea of accomplished and varied textures alongside rousing vocals and kaleidoscopic melodies exploring a matching array of emotions. It is a fine end to a thoroughly enjoyable encounter which you know My Dying Bride fans will be rigorously and understandably waxing lyrical over. Here we still have not become big fans but having found a good appetite for Feel The Misery and especially certain moments within it, its recommendation is easy.

Feel The Misery is out now via Peaceville.