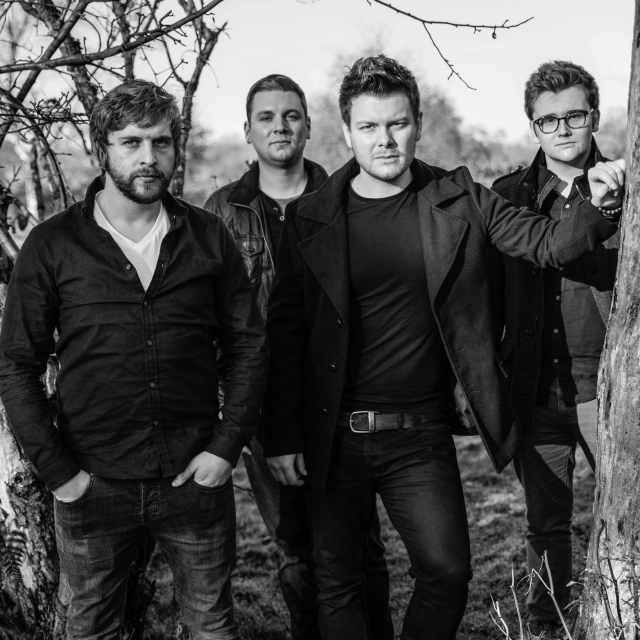 Following a highly promising debut single, UK rockers Underground Ocean raise the ante with their second encounter, the explosively enticing I See Through You. In hindsight its enjoyable predecessor, Get Me Out, almost feels like the band was testing the water, building up to a bigger splash with its successor, and fair to say the new single is just that, a big nudge to greater attention.

Worcester bred Underground Ocean consists of vocalist/rhythm guitarist Stuart McDonnell, lead guitarist Matt Beddoes, bassist George Parker, and drummer Lee Evans and spices its music with inspirations ranging from Foo Fighters, The Police, and Manic Street Preachers to the Stereophonics and Fleetwood Mac. Formed early 2014, the quartet quickly set down a marker for their live presence, selling out home town gigs immediately with their debut staged in a 250 capacity venue. Since then they have played various shows across England to increasing success and acclaim with 2015 a rather busy year on that front. Now they look set and ready to stoke up more attention with I See Through You and its accompanying video.

The single instantly erupts in ears with force and energy, the swinging beats of Evans slicing through the just as rousing riffs cast by McDonnell and Beddoes. Things settle down a touch as the strong tones of McDonnell join the affair though there is still a raucous jangle from the guitars and the bass of Parker continues its eager dark stroll. The chorus is a rapid temptation too, its emotive and sonic roar coated with magnetic drama and anthemic urgency and with ease quickly involving the listener. The song continues to creatively bellow as new twists and scythes of fresh sound mingle in its angst lit heart right through to its final striking second.

Again the word rousing has to be used to describe the character and effect of the song, and its incendiary impact on satisfaction and appetite. Get Me Out was a potent introduction to Underground Ocean but I See Through You easily leaves it in its wake, and ahead of an EP the band is currently working towards, both songs ensure it is going to be one impatiently anticipated proposition.

I See Through You is available now