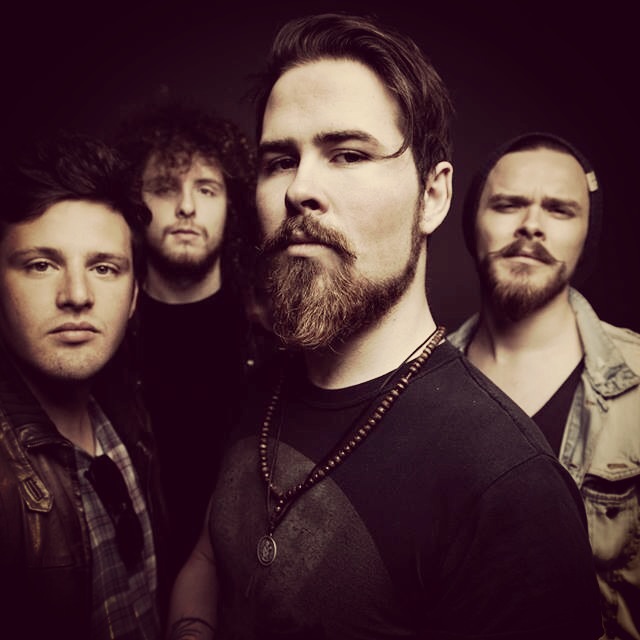 It is proving to be a rather exciting year for UK rockers Nine Miles South which is coming to a thrilling head with the release of their self-titled debut EP and a couple of big shows, all sure to confirm that their groove loaded southern rock ‘n’ roll is ready to awaken the broadest attention. Their three track release is an invigorating and exciting slab of resourcefully varied hard rock; heavy and contagious, creatively aggressive and addictive, it has body and appetite on red alert by track one, seduced by the third and though it weaves plenty of familiar sounds and textures into its persuasion, the EP just hits the sweet spot that lies within all rock fans.

Nine Miles South was founded by Danish bred Seb Mikkelsen, the band forming after the vocalist/guitarist had moved to the UK from his homeland. Based in Guildford and with a line-up completed by guitarist Jon Antony, bassist Andy Sleigh, and drummer David Wilson, Nine Miles South took little time in awakening strong support and awareness through their tenacious live presence. Shows with bands such as Kobra And The Lotus as well as their own gigs and strong festival appearances have marked the band out leading to good radio play. After a couple of recently highly successful London shows and ahead of the band playing Hard Rock Hell in Wales on November 13th with amongst many, Black Label Society, UFO, Helloween, Pat Travers, and Gun, and also supporting Skinny Molly at the North Devon Arena in Ilfracombe on November 18th, Nine Miles South release their first EP, an easy to suspect spark to increasing and eager attention. 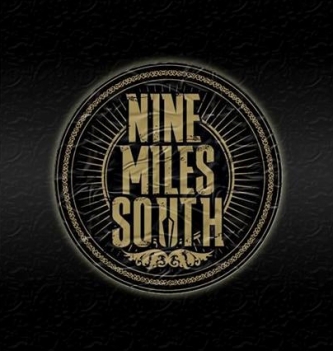 Produced by Samuel Burden, the EP opens with The Reckoning, a mighty anthem for ears and emotions. A slightly reserved beginning cups ears first, a sultry climate of guitar and melody backed by the vocal twang of Mikkelsen swift enticement which only grows more gripping as thick fisted rhythms join the increasing energy and roar of the song. It is still not in top gear but casting an inescapable anthem for body and voice which only blossoms into virulence as grooves twist and entwine the psyche and hooks lurk in very corner and evolution of the outstanding song. As suggested the overall sound has a recognisable air but it only adds to the drama and potency of the tempting, especially which sixth gear is finally unleashed for a boisterous finale.

The excellent start is backed well by Leave Me Be, another making its entrance on a gentle melody from the guitar whilst quietly brewing a more intensive character which erupts soon after. A more emotively coloured and controlled stroll, the bluesy track spins a weave of melodic and vocal expression wrapped in low key but pungent grooves, these further punctured by firm rhythms. The bass of Sleigh has a great growl whilst the guitars of Antony and Mikkelsen create a croon of enterprise to match the resourceful vocal tones of the latter, backed well by Antony and Sleigh. Without quite matching the heights and irresistibility of its predecessor, the song has ears and attention riveted before Fingernails brings the release to a rousing close.

The third track has the imagination drifting off to dusty, country blues rock lands within seconds, grooves and riffs instantly sculpting a southern seeded canvas to lose oneself in, before shadowed rhythms lined with spiky beats and grooved invention build tantalising scenery. Imagine a mix of Bad Company, Down, and The Bastard Sons and you get a whiff of the excellent climax to one thickly enjoyable encounter.

The last few months has seen a new wind of attention and buzz around Nine Miles South which can only get bolder and louder with the release of their first EP. It is rock ‘n’ roll with a twang and very easy to suggest you go get some.

The Nine Miles South EP is available from September 7th