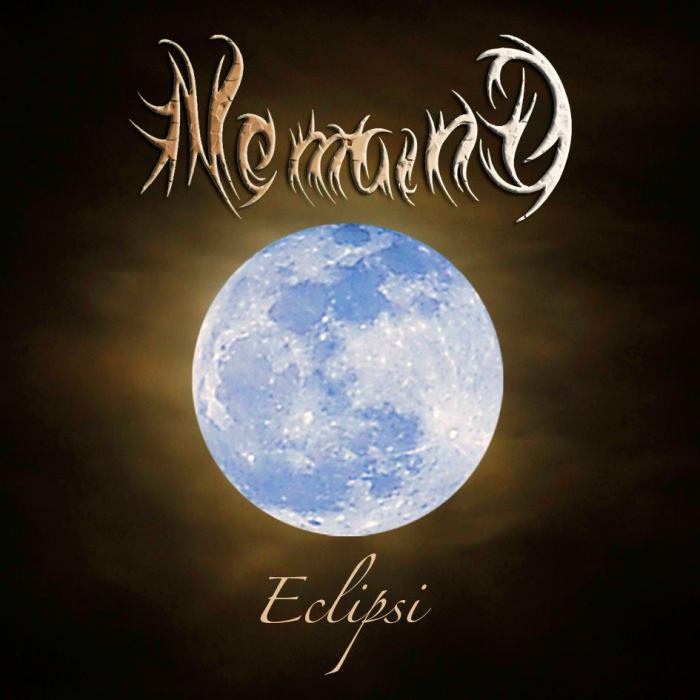 There is not a great deal we can tell you about Spanish melodic death metallers Nemaind though the most important bit of information you need anyway is that their debut EP, Eclipsi, is one heavily flavoursome and magnetically alluring incitement. Its three tracks do not break down boundaries or re-invent existing landscapes within the death metal scene, but it undoubtedly provides one potential fuelled, richly enjoyable sonic tempest to eagerly immerse within.

Formed early 2014, Nemaind hails from Barcelona inspired by bands such as Moonspell, Opeth, Death, Gojira, Insomnium, Caladan Brood, Sylosis, Emperor, and Amon Amarth. Created by vocalist/bassist Ferran C, previously of thrashers Rotten, the band’s line-up was soon enriched by guitarists David C and Gerard B, subsequently followed by drummer Martí F. Recorded in February this year, Eclipsi gives the first introduction to a broader expanse of ears of Nemaind, in turn offering a strong persuasion of their craft and potential.

Eclipsi opens with its title track and instantly has attention and appetite wide awake with a swarm of waspish riffery and fierce rhythmic intimidation. It is a masterfully magnetic start which continues to tempt and work on the psyche as the track breaks into and begins exploring a malevolent landscape of portentous grooves and sonic rapacity. The vocals are varied causticity, their diversity never merging major differences between tones and delivery but enough to ensure more fresh textures in the tempest of sound and the increasing adventure emerging within the outstanding and increasingly impressive encounter. The guitars especially spin an evolving web of intrigue and imagination within the volatile atmosphere and confrontation of the song, adding captivating hues and ideation in the face of barbarous intent.

The following Pareidoniria is similarly sculpted within its own individual character and ravenous air, addiction loaded riffs stalking with unrelenting persistence alongside rapier beats and a throaty bass groove. Musically the track conjures a soundscape Gojira like in rousing dexterity and technical imagination, Insomnium seeded in hostile and ravishing emotional trespassing whilst its melodic ferocity is Corbeaux like. It does not quite match up to its predecessor’s heights yet only leaves a want for more and helps build the intent to keep the band on the personal radar.

The EP is brought to an end with Les últimes llums de tardor, another predatory protagonist this time emerging from a primal sonic mist bristling with thickly flavoursome flavours and ear pleasing enterprise. Initially there is an almost eighties like gothic spicing colluding with broadening winds of sonic and extreme metal drama rippling with creative expression and highly provocative aural colour. It is the least physically corrosive of the three songs, though still showing no emotional mercy, weaving a fascinating design of warm and barren scenery which is always emotively lively and boldly adventurous as it scars the senses.

As the final song’s cold climate dissipates, Nemaind leaves only richly positive thoughts and full pleasure behind. As suggested, it is not the most original release yet every listen brings something fresh and individual against other encounters you may come across with a similar canvas of sound. We suggest taking note of the name and enjoying their debut with the promise of increasingly impressive explorations with the band another lingering aftermath.