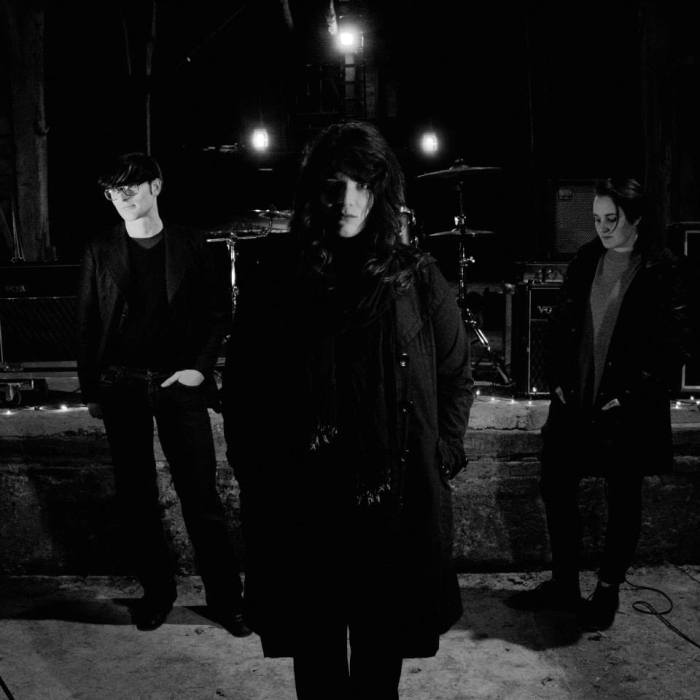 Often there comes an underlying fear with something that is so good it makes you drool but still seems to go unrecognised by the masses, that success always managing to evade the deserved. So it is with the music of Horse Party which continue to release fiercely exhilarating songs bred on a sound which is furiously fresh but with an old friend like invitation. The British alternative rock ‘n’ rollers have done so yet again with new EP Paydirt, a captivation of three fiery tracks breathing open diversity within the band’s superb fusion of emotive aggression and bewitching charm. It is an incitement which manages to be raw, mellow, and incendiary simultaneously, basically manna for ears and imagination. There is a line in the EP’s second song which declares “We are the eye of the storm”, and that sums up Horse Party and their gripping sound as a whole perfectly.

Since emerging in 2012, Bury St Edmunds based trio of guitarist/ vocalist Ellie Langley, guitarist/vocalist Seymour Quigley, and drummer/vocalist Shannon Hope have explored and developed their music through a host of songs, starting with the track Clarion Call which was even more impressively followed by their first official single Back To Mono in 2013. Grabbing ears and appetites of an increasing fan base and the underground media, the band pooled that early success, in turn sparking greater spotlight on them and acclaim, with their debut album Cover Your Eyes a year later. Equally the band’s live and hungry presence has also lured only praise and a potent reputation, Horse Party sharing stages with bands such as Tunng, Pinkunoizu, Shonen Knife, Heartless Bastards, Ghostpoet, Slaves, Levellers, Basement Jaxx, The Nightingales, Dingus Khan, We Are The Physics, and Vuvuvultures over the past years. 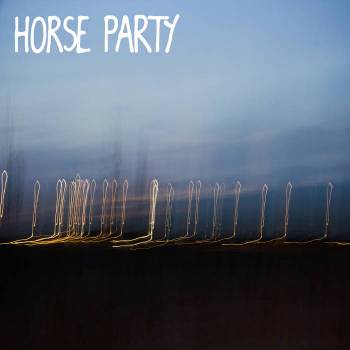 This year has already seen a pair of striking propositions from the band with a new chapter in the movement and evolution of their sound. The double A-side single Out Of Sight/Receiver was first, its two songs revealing new growth and smoother textures to their still raunchily organic sound, an exciting turn taken forward again by What I’d Do just a few weeks back. The single was a rousing mix of bracing roars and intimate caresses, of light and dark emotions with again that now keener surface to an instinctively unpredictable and riveting enterprise. Paydirt continues the captivating adventure in sound but also as most of its predecessors comes with its own stock of individual surprises and addictive invention.

The EP’s title track is first, pumped beats and spicy riffs the first bait offered with the former just managing to hold a rein on urgency and the latter sizzling on flesh with their inviting tang. Within a few more breaths additional slithers of groove and nags of magnetism join in through the second guitar as Langley just as potently entices with her recognisable, melancholy lined tones. Alone the song has the appetite chained, lips only more ravenously licked as the track burst into scuzzy roars within an ever addictive stroll. Dark emotions and predatory shadows equally lurk throughout, as too a hint of bedlam in the song’s exciting tempestuous moments; it all uniting for another breath-taking Horse Party incitement.

Second track Animal similarly makes a rousingly compelling start with choppy rhythms and riffs which almost stalk the rich voice of Langley. It swiftly forges its own identity though as teasing melodies and caustic tempting spring from Quigley’s fingers on string, licking the senses like flames whilst Hope badgers with her flirtatious beats. A sublime breeze of psych rock brews within the track too, finding its moment to croon in an oasis of mellowness within the stormy textures of the song. A whiff of post punk only adds to the alchemy, with Au Pairs coming to mind as the track leads the listener on a merry escapade of drama and imagination.

The closing acoustic based seduction of October has ears enchanted as the EP completes its rich temptation. In every second of the song, melancholy smoulders through word and emotion whilst melodies and the vocal union of Langley and Quigley simply mesmerises. As in every release to date, increasing depths to the songwriting and invention of the band are revealed, sublimely in this third song and though it does at first take a touch longer to whip up the lustful reactions as earned by its companions within Paydirt, it has emotions and thoughts chained with increasing potency over every eager listen.

Paydirt is another irresistible gem from Horse Party, a band which it is impossible to tire of saying ‘ just gets better and better’. It is time for the UK to wake up, indeed Europe and the world, to the Horse Party; if you do not you are truly missing out.

The Paydirt EP is available via R*E*P*E*A*T Records/Pure Deadly digitally and on 7” vinyl from 4th September.