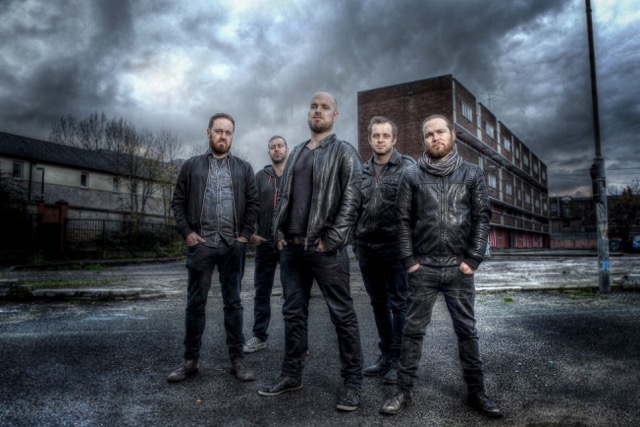 Many bands have impressed enough to earn a lustful following from us but few have managed to continue to blossom and unveil new waves of inescapable temptation through the persistent listening of a single song alone as Able Archer do, and do it with regularity. Fair to say we were smitten with their sound from their first offering in 2013 and deeper enthralled with every subsequent dramatic proposal. Each track from them has seemingly had a hex like effect on ours and a great many other’s ears and imaginations, the band’s new UK single The Warden now continuing the inescapable tradition. 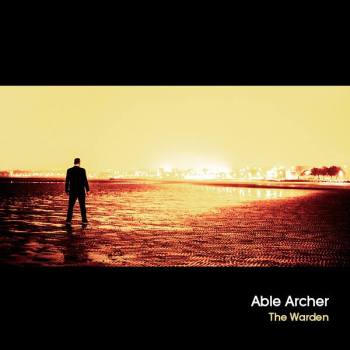 Hailing from Dublin, Able Archer formed in 2011 and quickly began earning eager attention locally and further afield, especially once releasing the outstanding Bullets EP. Fusing guitars and synths in powerful and anthemic adventures as emotively provocative as they were physically rousing, EP and band made a major statement on the underground rock scene which the following single Ghostmaker took to a new striking plateau in 2014. Taken from second EP The Trouble with Strangers, released towards the end of last year, the song declared Able Archer an important and creatively original part of the European rock landscape, a call backed by the subsequent breath-taking explorations of the EP and its new British single The Warden.

The Trouble with Strangers revealed broader imagination and bolder experimentation in a sound already pretty much distinct to a band unafraid to push themselves and their sound into new daring territory. The Warden epitomises this perfectly, its haunting charm and melodic virulence almost masking a dark, verging on sinister, theatre of emotion and nagging seduction.

The song opens with dulled yet resonance seeping beats and a slightly portentous rub of noir coated synth bred strings. The ambience of the affair instantly becomes a brooding enticement luring ears and thoughts with sublime ease, before in the pass of a melancholic cloud the guitar of Rob McDonnell ignites the atmosphere predominantly cast by keyboardist Neil Buckley, resulting in a cascade of melodic crystals and mellow lined chords. Now with the track exposing its full stature whilst prowled by the moody tempting of Diarmuid Breathnach’s bass against an increasingly virulent backdrop of compelling beats from Seán O’Connor, the gripping vocals of Emmet McCaughey exposes the lyrical heart and intimate expression of the song with a distinctive delivery as thick a bait within an Able Archer proposition as the vast diversity of sound around him.

Further graced by the guest brass expression of Donagh Molloy, The Warden is mesmerism in its purest creative form. It is a song which takes body and imagination on a spellbinding flight of aural fascination summing up Able Archer and their invention perfectly, if not understandably the perpetual evolution and diversity fuelling and making every song unique, as openly evident on The Trouble with Strangers. If you have yet to embrace the Able Archer alchemy then the time is ripe and perfect with The Warden; but be warned we did a while ago and still cannot restrain the lust.

The Warden is out now!