With its video already hitting number one in the Beat 100 music chart, Black Swans, the new single from British indie band Abel Raise the Cain, is already making a potent teaser for the band’s upcoming debut EP, For Strangers Only. The song is an atmospheric embrace but one with a bubbling underbelly and raw intensity which potently captivates. The Northeast band has already lured strong praise and support through their previous release and fair to say, Black Swans is going to do their ascent no harm either. 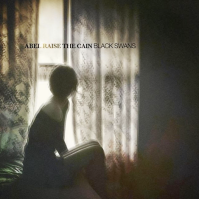 Formed towards the end of 2012, Abel Raise the Cain quickly took inspirations from the atmospheric and epic soundscapes of bands like Arcade Fire, Sigur Ros, and Editors into their own immersive weaves. The double A-sided single Too Late/The Promise in 2013 grabbed the attention of fresh fans and radio stations across the UK, subsequently backed by second single Waiting later that same year. Live the Teeside seven-piece has bred a strong reputation playing with the likes of Happy Mondays, Primal Scream, Dexy’s Midnight Runners, Spiritulized, Kodaline, and Skaters alongside their own successful shows. Now with its video as mentioned already setting down a marker, Black Swans, ahead of a highly anticipated EP confirms Abel Raise the Cain as a band destined to welcomingly hit your radar at some point.

The single gently but keenly sweeps in with synths and keys a provocative coaxing around the plain but inviting tones of vocalist and rhythm guitarist Sean Crichton. As the anthemic beats of drummer Adam Hicks stirs things more energetically and the violin seducing of Saerla Murphy adds more emotive and suggestive hues, the song becomes a compelling fusion of different and you would imagine conflicting textures but everything unites and flows seamlessly. The track continues to roar with melancholic emotion and lively passion with each passing minute, the keys of Gaz Murray a warm and emotive incitement to the sonic enterprise cast by guitarists Phil Bailes and Andy Grange whilst the bass of Gary Hughes tempers it all with a dark tone which reflects the heartbreak fuelled the lyrical and emotive hue.

The track is a symphony of sound and emotional turbulence; not a song which initially grabs as potently as it eventually grows to do and one maybe missing a moment or two of wrong-footing the listener to bring further drama and strength to an already climatic presence. To be fair though that is just nit-picking to please personal tastes, for Black Swans only and increasingly satisfies, suggesting the forthcoming For Strangers Only is going to be something well worth checking out.