Strings Of Atlas – In A Better World EP 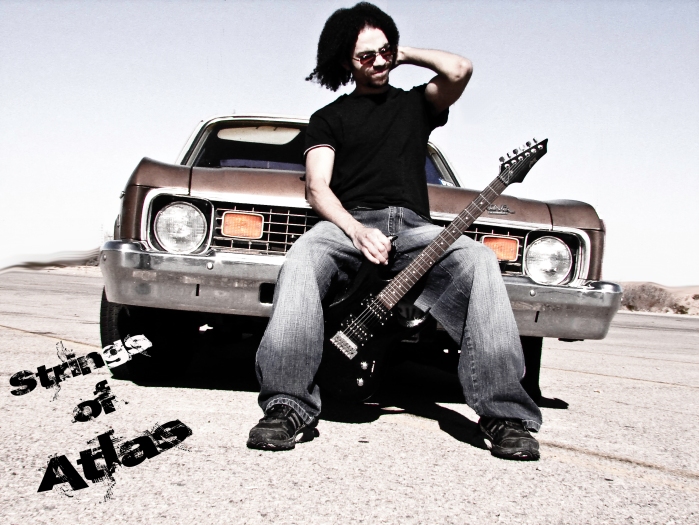 Strings Of Atlas is a “psychedelic urban punk band”, a labelling which presumably comes from either the band or someone pushing them and their new encounter, In A Better World EP. It is a tag which sort of fits and does not, but one label that does is simply that the El Paso bred Strings Of Atlas is one mighty fine rock ‘n’ roll incitement. The band’s sixth studio and latest offering is our introduction to the duo of singer/songwriter Atlas Cage (vocals, guitar, bass, drums) and former Archetyped bassist Ed C., and the first feeling, after being gripped by strong enjoyment, is that we have been missing out. Consisting of five tracks which whip up attention and appetite with increasing success, the EP is a thumping treat of an encounter. Not one to re-invent the boundaries of rock music but certainly one to give it a new tasty prod.

Since forming, Strings of Atlas has opened for such artists as Nick McGalis and Guitar Slim, whilst their music has graced a trio of short films and the soundtrack of the movie, The Edison Bomb. As mentioned and according to the press release for the EP, In A Better World is release number six from the band and for us potentially the one to awaken a new broad spotlight upon their stirring sound. 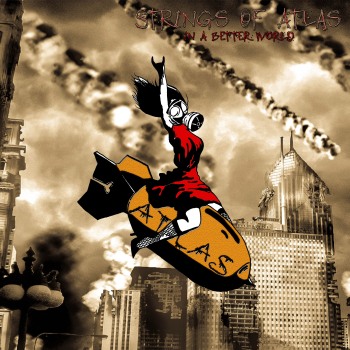 The EP opens with Burning Days and a spicy web of grooves aligned to punchy beats. It is a strongly alluring start which hits another level once the striking tones of Cage join the affair. His voice reminds of Dicky Barrett from The Mighty Mighty Bosstones, and once it unites with the already potent sounds brewing up in the song, a nice whiff of Rocket From the Crypt emerges. It is an essence which only gets stronger within subsequent songs on the EP. His guitar play is just as magnetic too, riffs and hooks laying down nothing particularly spectacular yet everything comes with a craft and instinct to it which is virulently infectious. The song continues to get feet and imagination involved before making way for its equally potent successor.

The second song is the EP’s title track, and like the first it grabs instant focus, this time with a sultry blues toned coaxing complete with soulful melodies and vocal persuasion. The song’s steady and enticing stroll continues to smoulder and sizzle, and though it does not have the imposing snap of its predecessor, the track is one lingering slice of fiery enterprise.

As strong as its first two tracks are though, In A Better World kicks up another gear from The Way You Don’t Love on. The third proposal is an incendiary slab of garage and melodic rock, that RFTC whisper entwining with a great sixties spicing springing thoughts of bands like The Kinks and The Who to mind. Loaded with an additional snarl and a breed of punkish attitude which can only give an extra spark to any rock ‘n’ roll stomp, the song perfectly hits the spot, though as it outshines the previous song it is in turn eclipsed by the following Odyssey. The feisty stomp is glorious, a cauldron of rebellious riffs and rhythms wrapped in a gripping mesh of guitar and bass tenacity, each casting contagious hooks and a predacious air. Again vocally Cage has full attention, stirring things up as potently as the sounds around him with the result one outstanding rock roar.

The release is concluded by A Light In The Dark, a rousing and tantalising seduction of psych rock and melodic punk, again predominantly recalling The Mighty Mighty Bosstones and Rocket From the Crypt whilst sculpting its own distinct and irresistible romp of anthemic rock ‘n’ roll.

Co-Produced by Charles Godfrey, In A Better World sets the wheels in motion for a far keener and expansion spotlight on the band. Strings Of Atlas have certainly now caught and chained our attention and it is hard to imagine us being a lone new recruit to this potential drenched and thoroughly enjoyable band.

The In A Better World EP is available now on Amazon and iTunes or @ http://www.stringsofatlas.com/music