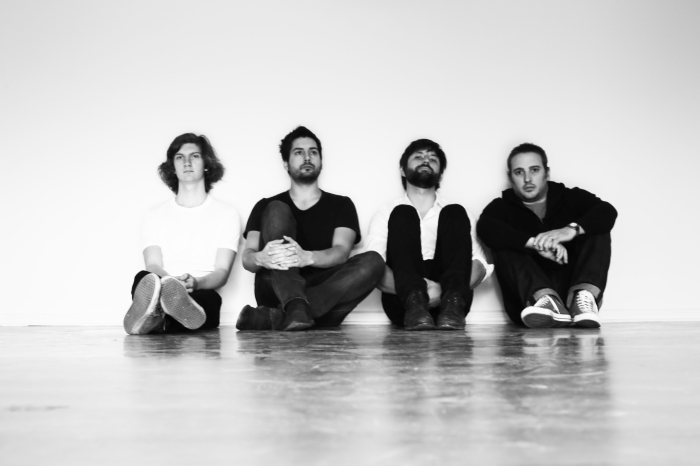 It is not too hard to guess some of the bigger influences upon Chilean band Maff whilst listening to their self-titled debut EP, the likes of The Jesus and Mary Chain, The Pixies, Sonic Youth, and My Bloody Valentine amongst them, yet fair to say the Santiago quartet weaves it all into songs which reveal their own distinct characters. Bred from an evolving fusion of shoegaze, alternative rock, noise pop, and indie to try and pin down the mix, sound and songs are a striking and tenacious shimmer on the senses which it easy to find yourself getting a touch greedy over. The release is a captivating introduction to a band with all the potential and imagination to evoke a worldwide appetite if not now surely ahead.

Maff began in 2012, formed by Richi Gómez (vocals/bass/guitar) and Nicolás Colombres (drums), two childhood friends who had previously played together in various punk rock bands. The line-up expanded with the addition of Nicolás’ brother Martín (guitar) in 2014 and was completed earlier this year by Talo Correa (guitar/bass /vocals/synth). Creating, recording, and producing their EP in their own studio, Maff has already sparked potent reactions to their music, dreampop duo Ummagma already amongst those enamoured, recognition which should now ignite through the EP’s release. Exploring themes such as innocence, mysticism, true love, loss, drugs, freedom, and timelessness within its songs, the Maff EP is a sultry romance for ears but one unafraid to ignite an unpredictable blaze or two in sound and energy.

The EP opens with Act 1, a spatially atmospheric instrumental evolved from post punk and eighties alternative rock which swiftly brings the imagination to the boil with its evocative soundscape which is best described as Joy Division meets My Bloody Valentine. It is a dramatic and rousing start to the release, an incitement of dark rhythms and sonic exploration wrapped in vibrant freshness and familiarity. 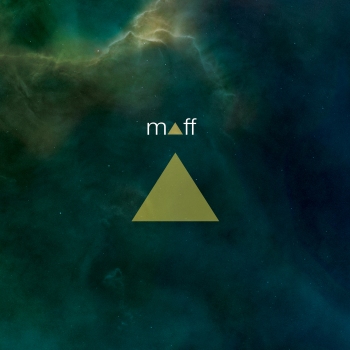 Its potent persuasion is followed by the just as invigorating Linger Around, a hearty stroll of riffs and beats which relaxes a touch but simultaneously increases its fiery atmosphere and dark shadows as the mellow effect lined vocals of Gómez step forward. That influence of The Jesus and Mary Chain is a spicy ingredient to the gripping incitement swiftly seducing ears, adding thick hues to a provocatively crafted blend of almost prowling dark tones and emotions aligned with melancholic beauty and shimmering resonance.

Walking On Fire slips in next on a slim and radiant melody, the simple coaxing soaked in childlike innocence and radiance. It is soon courted by pulsating beats and a darker celestial climate though as the song’s entrance increasingly captivates, the atmosphere and scenery becoming more inflamed and hazy respectively. Vocal harmonies are as much about texture as narrative here, more so in many ways as the song’s chorus revolves around bewitching singular repetition with the end result as all unite together, a magnetic piece of composing and enterprise which inspires body and mind from start to finish.

A more indie toning comes with Million Year Picnic, the guitars exploring a richer creative clang against another enthralling lure of post punk seeded bass and crisp jabs of beats. Vocally and melodically the song still immerses in shoegaze imagination but its canvas has stronger clarity from clearer air for the craft and individual incitements of the band to weave their combined tapestries of temptation. The House of Love essence to the song just adds to its lure and sets up of ears nicely for the ethereal charm of Someday. Featuring guest vocals from Francisca Morandé alongside Gómez, the supernal seduction of the song’s warm balladry simply drifts over the senses, immersing ears in an electronically sizzling Lush like embrace.

A fuzzy courting of the senses with a deeply rooted growl comes next in the shape of You, its shapely and slightly scuzzy rock ‘n’ roll rumble toying with aggression and causticity whilst casting a sultry anthemic enticing. Its dirtier air is the perfect taster for the outstanding Planet Wave, an inventive maelstrom of garage and surf rock embroiled in a just as thrilling alignment of space and psychedelic revelry. It is the most exciting and exhilarating offering on the EP, standing out amidst a collection of tracks which are certainly not lacking in those resourceful traits either.

The release is finished off by the rhythmically forceful and sonically bracing Blue Seas. As all around it, varied strains of flavours combine to create an inviting web, though primarily the encounter is more indie rock with potent hues of rock, grunge, and electronic rock. Even if not whipping up the passions as much as other tracks, it is a highly satisfying ‘end’ to the EP, though the actual final track is a radio edit of Walking On Fire.

For a debut Maff makes a striking statement and as they and their sound evolve, it is probably safe to assume more and greater offerings and enjoyment are ahead.

The Maff EP is available now via http://maffmusica.bandcamp.com/album/maff-2