After the success of previous single Time to Forget, which along with widespread praise went on to earn potent radio play over 80 stations across the country including the Huw Stephens show on BBC Radio 1, UK band now Pacific release another single taken from their forthcoming EP. Fair to say Those Nights is another song marking out the band as a highly enjoyable and seriously promising proposition, and one surely destined to the same acclaim and exposure as its predecessor.

Emerging in 2011, Pacific consists of vocalist/pianist Anthony Orzel, bassist Daniel Orzel, guitarist Dave Bithell, and drummer Drew Burns, a quartet no strangers to earning strong support for their sound live and through singles released before Time to Forget was unveiled earlier this year. That song and now Those Nights have pushed the band to a new plateau of not only attention but also creativity, a step certainly making their forthcoming EP a highly anticipated proposal. 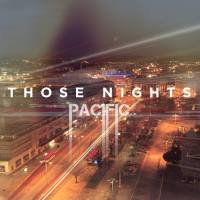 Those Nights opens in a hug of piano and vocals, Anthony Orzel providing a magnetic coaxing which is soon joined by a vivacious mix of key enterprise and rhythmic shadows. Their company also brings a livelier air and energy to the emerging song, its core melodic charm and warm radiance a kinetically shimmering tempting contrasted and accompanied perfectly by the earthier tones of bass. It is a potently contagious mix though there are moments where the song resists exploding into a hinted bolder blaze of sound and emotion. Hindsight suggests the band is right to rein it in, the fluid and beautifully rounded body of the song a persistent persuasion never leaving a moment bare of virulent persuasion.

The very enjoyable teaser of the band’s two singles this year ensures their EP will be an eagerly devoured proposition, and though Those Nights might not end up as your favourite single of the year or even this summer, but it also might, we suggest it could be the one you return to most often.

Those Nights is out now