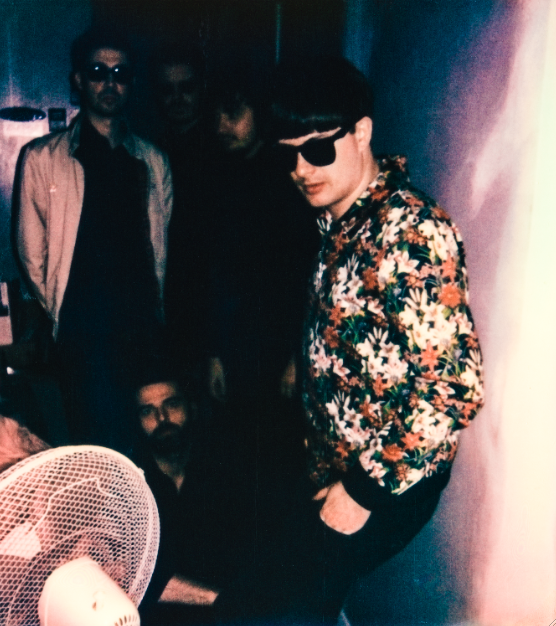 From psych to garage rock, beat to pop; all the flavours of sixties rock ‘n’ roll are woven into the blend of nostalgia and modern invention crafted by UK band Night Dials and makes their debut single one feistily captivating proposition. A double A-sided offering from the West London based quintet, the encounter reeks of vintage influences and passions yet sits perfectly in the tapestry of modern music with a constant appetite for the old in its imagination. It might not be an entrance and release by Night Dials to set the UK music scene ablaze but with a thoroughly enjoyable presence it does insist that the band is firmly put on the radar.

Apparently leading up to the creation of the tracks making up the single, Night Dials recorded their first song I’ve Done More Things with Liam Watson at his legendary Toe Rag Studios, an environment decked out with pre-1969 equipment. A lack of money caused the recordings to be abandoned but led the band to a dingy cellar in a London pub where in a surrounding of “rattling wine bottles and kegs” they experimented, cultured, and subsequently recorded their first release. Cavernous and soaked in evocative reverb, the two songs emerging and making up the band’s first single thrust the imagination into decades past and the potent swing of current explorations and inventiveness. Recorded in the underground of London, the release is indeed pure underground rock ‘n’ roll, a proposition which captivates and lingers with organic potency. 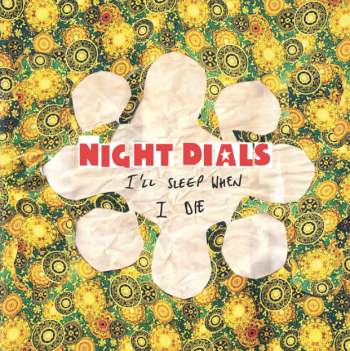 I’ve Done More Things instantly offers a thick fuzzy persuasion as jangly guitars collude with punchy beats within fizzy smog of sonic temptation. The vocals also make a quickly convincing entrance; their mellower effect wrapped tones an eager dance on ears whipping up imagination and appetite as easily as the more raucous sounds around them. The raw and sparse production only adds to the success and character of the song, its touch as much recalling the essence of sixties music and its recordings as the psychedelic breeze encasing the minimal but dramatic rhythms and the unfussy pop fuelling infectious melodies and the endeavour of the guitars.

It is a rich lure matched by the briefer but no less stirring adventure of I’ll Sleep When I Die. It opens with a magnetic embrace of echoing vocal harmonies and slim guitar enticing, their union building into a flirtatious stroll as new textures and sound join the almost nursery rhyme like charm of the song. The surf coated imagination of the guitars soon brings a richer climate and invention, the song even more irresistibly enthralling as it brews new hues in a senses inciting persuasion which is just a devilish mix of old and new spawned from a heart for the past.

Both songs leave an urge to know more about Night Dials and explore a sound which maybe can be best described as a union of The Yardbirds, The Sonics, Jesus and Mary Chain, and 13th Floor Elevators, but in the hands of Night Dials is something fresh and different again.

I’ve Done More Things/I’ll Sleep When I Die is available from June 22nd digitally and on 7” vinyl via Ciao Ketchup Recordings @ https://ciaoketchuprecordings.bandcamp.com/album/ive-done-more-things-ill-sleep-when-i-die