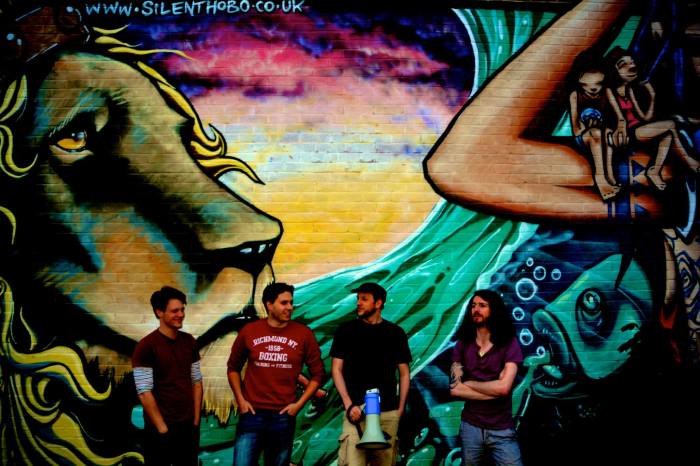 Going by their debut single Slow Dancing, UK rock band Still the Mind has a sound which entangles varied essences from grunge and blues rock to indie and metal based seeds. It is not a proposition which startles as it busily persuades ears yet there is striking freshness to it and a vitality which will ensure the band is not just going to be a passing interest. The song is rock ‘n’ roll in an honest and tenacious form from a band easy to assume we will be hearing a lot more of in the future.

The beginnings of the Newton Abbot, Devon quartet started with a friendship between vocalist/rhythm guitarist Matt Palfreman, who was writing and playing folk songs influenced by people like Bob Dylan and Elliott Smith, and bassist Joe Warriner who played in local reggae band Stokey at the time. Subsequently with ideas of a band lit, the pair enlisted local drum teacher and old friend Phil Hallwood and in turn guitarist Karl O’Neill into the line-up. With a band name inspired by a book on meditation by philosopher Alan Watts, Still The Mind was soon luring attention with a diversely hued sound to which their varied musical backgrounds and tastes has undoubtedly been a key factor. Recording an EP with producer Digby Smith (Led Zeppelin, Paul McCartney, Bob Marley and Eric Clapton) towards the end of last year, the foursome now uncage their first single, a song which was recorded in a live setup and gives a big hint to the band’s live prowess as much as it pleases the senses.

The song swiftly entangles ears in a great bluesy vine of guitar enticement, rapier like beats quickly backing their potent lures. Settling down soon after, the song sees Palfreman open up his Layne Staley like vocals, his delivery an alluring texture within a spicy groove which relentlessly teases the appetite alongside the rolling beats of Hallwood. Everywhere you listen though the song is bubbling with craft and adventure, the bass of Warriner less forceful but a great throaty tempting whilst the guitars of Palfreman and O’Neill steer and inflame the song respectively with their strong craft.

Fair to say Slow Dancing does not catch fire as it might, despite numerous hints throughout, but nevertheless it is a captivating and infectious slice of rock ‘n’ roll providing a strong and enjoyable introduction to Still The Mind. It also suggests this is just the start to bigger things, a happy thought indeed.