Creating a melodic kaleidoscope of flavours and styles described as Protodancepop, French quartet Abraxas has also provided one of the year’s surprises in the shape of the vibrantly flirtatious Totem. The band’s first EP is a fascinating web of new wave, indie pop, progressive rock…well the list goes on. It is an adventure; a dance of sound and imagination which is as potently familiar as it is strikingly unique. Simply it is a new best friend in the making.

The Paris based foursome of Tino Gelli, Jonas Landman, Solal Toumayan, and Léon Vidal are four childhood friends who in the words of their bio, “learnt to play and to create a whole musical universe together.” Inspirations come from the likes of Pink Floyd, King Crimson, Metronomy, Late Of The Pier, and Connan Mockasin; essences openly audible as many other spices from numerous decades, but woven into something unpredictable, impossible to pin down, and distinct to Abraxas. Four years after forming, the band released debut album Warthog in 2011, an attention grabbing offering which along with a potent live presence, pushed the band into keener spotlights nationally creeping outwards. Taking a year to work on and create Totem, Abraxas now stand ready to stir up wider awareness and a new following of eager appetites, with one fresh recruit right here.

The release opens with Deep Down in the Middle of Shanghai and an instantly coaxing electronic shuffle. It is a welcome of minimal substance but rich appeal luring the listener into a funk kissed stroll and quickly tantalising voices. Providing a rich and impressing element across the whole EP, the vocals are pure captivation with a delivery which is harmonic and sandy, warm and devilishly mischievous at the same time. Keys and guitars just as inventively back up their infectiousness, every twist and turn exploring new styles and imaginative exploits. As mentioned the EP has a certain familiarity to it, shown right away by the first track, but its tapestry is something difficult to reference and to find any lack of originality in. Like Tom Tom Club meets Goldfrapp with a touch of Thompson Twins, but not, the song is a seductive siren of pop and evolving textures making a compelling start to the revelry of Totem. 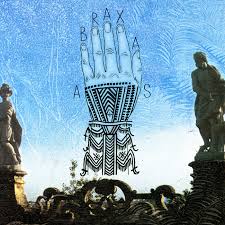 The following Guatemala is of a similar template, spinning an even sultrier climate and Latin cloaked enterprise for its vivacious quickstep of energy and sound. Shimmering keys and the shadowy taunt of the bass make a great contrast and collusion of light and dark whilst a slightly older emerging air reacts perfectly with the flames of guitar. Maybe just lacking the irresistible spark of its predecessor, the song keeps things bubbling over pleasingly before making way for the more intimate saunter of Democratie. As irresistible to feet and body swerves as it is melodically elegant on ears, the track floats over the senses leaving stubborn hooks throughout courtesy of dark bass hues and the ever mesmeric qualities of the vocals. There is a Muse quality to certain moments of the song and a Propaganda feel to the sparkling pop endeavour simmering tenaciously within its evocative breeze of a persuasion, everything uniting in one bewitching proposal.

The glorious Kayak comes next, a song entwining shoegaze and psych rock temptations with a wealth of additional intriguing styles, many just brief slithers within the croon of the song. Its background is as busy as it’s more prominent scenery, a shamanic enticing working potently away through voice and beats as keys, guitars, and harmonies cast their riveting narratives. The song is again a spellbinding offering to match the last but maybe outshone just a touch by the closing devilment that is Death of Poussyflex. Returning to a more dance-floor seeded intent, the closer is an energetic striding of indie and synth pop but again with a maze of enticing variety and textures. Jazzy, funky, and persistently draped in a psychedelic seducing, the track explores almost as much creative terrain as an A-Z of modern art, leaving the album on a high and more importantly the listener hungry for more.

Totem is a treat from the blue and Abraxas a melodic provocateur of the endearing kind; time to get your adventure and dancing shoes on.

Totem is available through most stores.