‘All things come to he who waits’ they say and certainly that is the case for fans of UK band Conduit as they release debut album Life On Repeat six years since emerging upon the melodic hardcore scene. Since stepping forth in 2009, the West Midlands quintet has encouraged a rich and loyal fan base alongside earning a rich reputation for their live presence. Now national attention is under potent persuasion through Life On Repeat, and from someone having their first introduction to Conduit through the album, it is a fine quest bound for success.

The Coventry band consists of vocalist/bassist Dave Boyle, lead guitarist Ian Harris, rhythms guitarist Steve Hodge, and drummer Dave Roberts, a foursome taking inspirations from the likes of Underoath, Haste The Day, and Rise Against into their thick mix of sound within a post/melodic hardcore template. Lyrically there is a seeding in the band’s faith which never imposes yet has clarity within the bustling sounds around them. As mentioned, live Conduit has earned their spurs and rich praise, the sharing of stages with bands such as War Of Ages, As Cities Burn, Listener, Continents, Heights, Oh Sleeper, Hacktivist, Through Solace, Max Raptor, and Fathoms acclaimed moments on their CV. There is open energy and dynamism to Life On Repeat which can only echo the band’s stage vivacity, and though for personal tastes the release ebbs and flows in its demands on ears and emotions, from start to finish Conduit offer a thoroughly magnetic proposition.

Eyes Wide Shut sets things rolling, a blaze of guitar amidst a sonic wind an immediate coaxing soon evolving into a vivacious tempest of sound and vocal intensity. Boyle offers a duel attack, at times his delivery a raw squalling enticement and in others a strong clean roar. Riffs and hooks align to keep ears under intensive encouragement and hostility too, whilst rhythms demand attention as they frame the creative turbulence within. It is a striking start to the album continued with equal success by Sovereign. A sonic jangle awakens ears first, its lure quickly joined by eager rolling rhythms, and in turn another web of vocals. A lot of attention is given to the vocals by the band, not to the detriment of anything else but to provide a varied and just as energetic offering as the music. It is an on-going side to the album which works a treat with the melodic tones of Boyle the scene stealer against his coarser incitements. As the opener, the track bellows and entices with invention and craft, even if it uses existing genre templates rather than crafts its own. 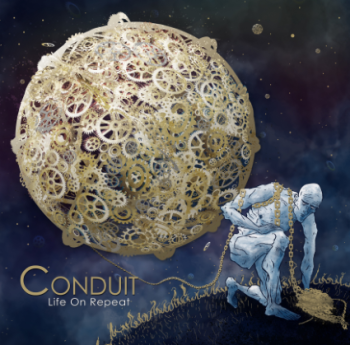 The lighter and warm infectiousness of The Road swiftly shows there is more to the songwriting and imagination of the band than vociferous intensity. An electro bubbling lies in the belly of the proposal, whilst the melodies cast spring emotion and warmth in song and ears. The harsh assaults of vocals are not as successful for personal tastes against the excellent clean delivery of Boyle and the flow of the encounter, but do not prevent ears and satisfaction being captivated before making way for the bands new single, Others. The song is a lively, emotive stroll of pop rock with dramatic shadows and a fiery enterprise leaving only satisfaction in its wake.

The reflective throaty melody bringing next up Pulled From The Water is a mouth-watering entrance backed up by leaner but no less enthralling lures of guitar and bass. The raw vocals again do not quite work with ears, at this point the realisation that the draw for us is definitely the cleaner side of Boyle’s vocal presence coming through, though once the song erupts within its balladry with a caustic climate the growling tones make a pleasing hue. The song smoulders for the main though, making stronger proposals with every listen as does Let Your Breath Become Your Sound, after the brief intro presence of Interlude leading into it. The song is a tempest of angst cured calm and volatile emotion drenched atmospheres, an unpredictable and gripping landscape of sound and creative tenacity.

Previous single Outstretched Arms makes a telling hook for the senses and appetite, its voracious flaming and contagious catchiness combining for an encounter which intimidates and seduces simultaneously. The prime groove and rhythms are addictive bait whilst melodies and vocals create anthemic potency even with agitated and unsettled emotion coating their every move. It is no surprise the song alone raised additional anticipation amongst newcomers to Conduit for the album, such its forceful but endearing tempest.

Endearing is a great description for the closing We Were Kings too, the song a masterful tapestry of all the key and potent essences of the Conduit songwriting and sound. Light and dark essences court each other’s strengths whilst aggression and warm radiance almost battle as they align within the outstanding end to the album. The best song on Life On Repeat brings it to an end and ensures the release is a lingering memory.

It is fair to say that the admittedly increasingly enjoyable Life On Repeat did not ignite a fire inside as often as we would have hoped but only down to personal wants than any real deficiencies found within what is a thoroughly enjoyable and appetite awakening release. We watch the next step of Conduit with keen interest, and if it is more of the same then there will still be few particularly disappointed.

Life On Repeat is available from June 1st through all stores.