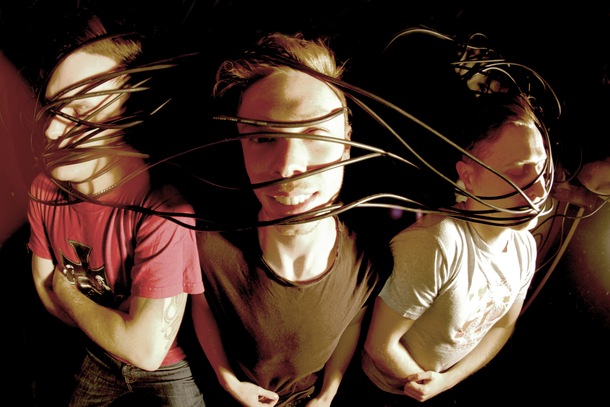 Do you equally miss the days when Queens Of the Stone Age first teased and taunted ears and appetites with raw and undiluted rock ‘n’ roll cast in their inimitable manner? Then welcome to Gelato, a UK band openly wearing inspirations from Josh Homme and co in their feisty sound but only as one spicy ingredient in a contagious mix of punk and indie pop infused rock ‘n’ roll. Personally the biggest similarity is simply the thick tingle of excitement hearing the bands for the first time, the London trio rippling with an indefinable essence which leaves those around them seeming a much paler proposition.

The evidence to such claim comes with the band’s self-titled debut EP; three tracks of quirkily individual and addictively tenacious encounters fuelled by invention and soaked in creative devilry. Gelato consists of bassist Phil, drummer Ben, and vocalist /guitarist Drew, the latter previously of the excellent Hitchcock Blonde. 2014 saw the band make a potent breakthrough with low-key gigs across the London live scene with matching reactions and receive airplay via BBC6. Their EP though is the first major lure into broader awareness and attention, and the first step to big things we suggest. 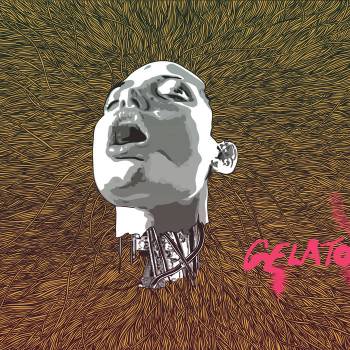 Recorded with Tobin Jones (Bo Ningen, Twilight Sad, Cold Specks), the EP kicks off with Get My Way, a track instantly flirting with ears as a wiry guitar hook repeats keenly on the senses amidst a thick prodding of beats. It is appetite raising bait which becomes a feisty stroll with the same sonic lure now embraced by crisp rhythms and a darkly wicked bassline. The vocals of Drew as just as inviting once they emerge too, whilst the QOTSA bred harmonies add a smiling extra to the contagiously engaging adventure. The song continues to snarl and seduce in equal measure, band and sound bounding around like a young colt with the maturity and craft of a rock veteran.

The band’s new single Room Service follows and again has ears and a now hungry appetite locked in with its first touch, this a dirty grizzled bassline which simply resonates in the senses before a spicy weave of guitar and brewing harmonies caress it and a fresh anthemic lure of beats. As its predecessor, the track from a slimmer start broadens into a heavier bewitching tapestry of sound and textures, it all infested in a contagious revelry and charm. As catchy and tangibly poppy as it is though, there is a dark predatory edge to the song especially in backing vocals and rhythms, which lights up air and imagination with further unpredictable adventure.

Ruffians brings the band’s introduction to a close, two minutes of punk filtered pop rock which has an underlying aggression as riveting and majestic as the warmer melodic tendencies wrapping its rugged spine. Arguably the least dramatically sculpted offering, the song still has little difficulty in firing up pleasure and a want for more, the band showing they can rock out or design a seriously involved temptation with matching potency.

As with any brief but impressive offering, there is only a needy want for more by the EP’s close, a wish to dive with haste into further endeavours but that is for the future. Right now we have a seriously impressive and thrilling start to devour from a band in Gelato, which one day might just be spoken of with the same stature of their prime inspiration.

The Gelato EP is available now digitally and on CD via https://gelatomusic.bandcamp.com/releases