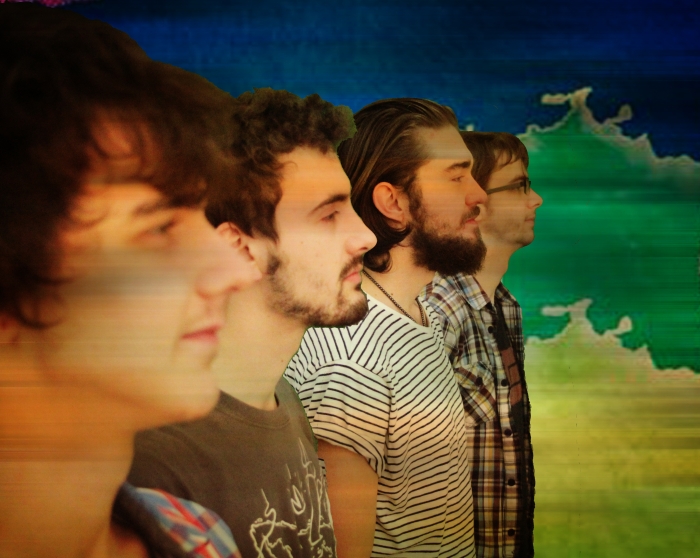 Just who are A Billion Lions? Well they are a UK quartet with a sound bred from a slightly deranged and seriously raucous blend of indie, noise, and punk rock. It is a proposition also equipped with a ridiculously infectious quality that has the involvement of feet and imagination a done deal within the first strains of many captivating songs. Oh there is one more thing too…they are the providers of one of the year’s most invigorating singles in the feisty shape of Torquay.

The band formed in Leeds in 2013 and soon became a potent pull on the local live scene with their rowdy performances. A couple of demo recordings called On My Lover and I’m Free brought a low key but wider introduction to the band via YouTube but it is their ferocious stage hunger which has sparked most attention and subsequently lured the band and End Of The Trail Records to each other. Now the pair unveils first single Torquay, a rampant teaser for A Billion Lions’ impending debut album Let It Happen.

A single guitar teases ears first, stroking instantly alert ears before being swiftly joined by sturdier riffs and crisply landing rhythms. Vocals are also soon in the mix, the engaging narrative being laid out first by guitarist Joe Parr and ignited further in the chorus through bassist Ryan Olliver. Backed in harmonies by lead guitarist Philly Cheese, the song becomes a sweltering brew of energetic and creative contagion with the chorus the explosive icing on the cake.

The increasingly hefty and agitated beats of drummer Matt Nutter alongside a throaty bassline provide a raw magnetism of the song which is coloured and stirred up more voraciously by the vocals and the guitars attitude wrapped sonic endeavour. It all combines for an addictively devilish mix which quite frankly could incite a party in an empty room.

Roll on that first A Billion Lions album is the overriding thought over Torquay and the first deed in its wake, to press that play button again.

Torquay is out now via End Of The Trail Records