Home › Music › EP › Deathblow – The Other Side of Darkness

Deathblow – The Other Side of Darkness 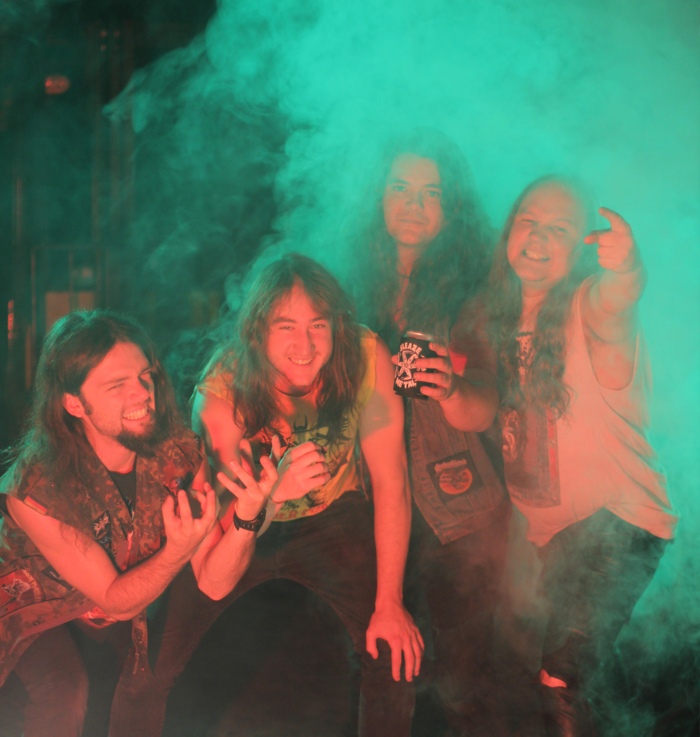 There is nothing quite like the voracious roar of thrash metal, especially when it is as ferociously raw and uncompromising as upon the new EP from US metallers Deathblow. Consisting of five tracks bred from the heart and soul of the genre, The Other Side of Darkness is a tirade in the ear and the fuse to the primal instincts of thrash metal and its following hordes.

The band’s second release follows their well-received debut album Prognosis Negative of 2014, and explodes with the same unbridled antagonism and intensity which marked out its predecessor. In many ways you really do know what you are going to get with the Salt Lake City trio’s sound, certainly in regard to its character and sonic intent as well as its overriding breeding but it cannot stop it, and indeed the new release from Deathblow with its additional inventive adventure, leaving nothing but rich satisfaction in its hellacious wake.

Recorded with and mixed and mastered by Andy Peterson, the self-released incitement opens up with Beyond Obsession, a song immediately prowling, no stalking the senses with a deliciously heavy and intimidating bassline joined straight away by more raucously animated riffs. The drums too soon lend their muscle to the threat, everything coming together in one breath of a pause before unleashing a hellacious united storm of metallic aggravation. Driven by just as hostile vocals, the track rumbles and charges with an ever shifting gait, revelling in its violent prowess and leaving the senses battered and blissfully bruised. 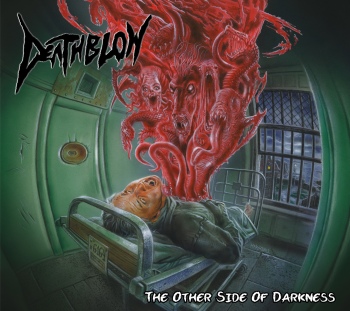 The excellent start continues with Means To An End, where grooves and riffs seem to be even more inhospitable and contagious. After a relatively kind start it becomes a full on barrage of sonic animosity and rhythmic brutality yet still slips in varying turns of energy and an infectious enterprise which grips the imagination as skilled and melodic exploits escape from the guitars. Old school thrash meets modern ingenuity the track is a glorious rampage and rich evidence that there is much more to the band than aural viciousness.

The EP’s title track is next, bringing what can only be called a punk attitude to vocals and the fury lined bones of the song. Spiky in nature and creatively fluid in its entwining of melodic temptation and rabid virulence, The Other Side Of Darkness as the EP provokes body and emotions with consummate ease, enlisting both in its exhausting tempest.

The release is completed by firstly the simply furious and thrilling Headless Throne before the corrosively anthemic Death Wish brings everything to a riotous end. The first of the two is a sonic haranguing of the senses, a fearsome and exhilarating turbulence of rampant riffs and savage rhythms bound in a melodically sculpted lashing whilst its successor is as much punk ‘n’ roll as it is extreme metal vehemence, and simply irresistible.

The Other Side Of Darkness is thrash at its rawest best, not trying to reinvent the genre but taking long bred essences and ideation into fresh destructive climates. It works a treat and could/should be the spark to making Deathblow an eagerly spoken and recognisable name in the widest thrash circles.

The Other Side of Darkness is out on April 21st @ http://deathblow1.bandcamp.com/album/the-other-side-of-darkness