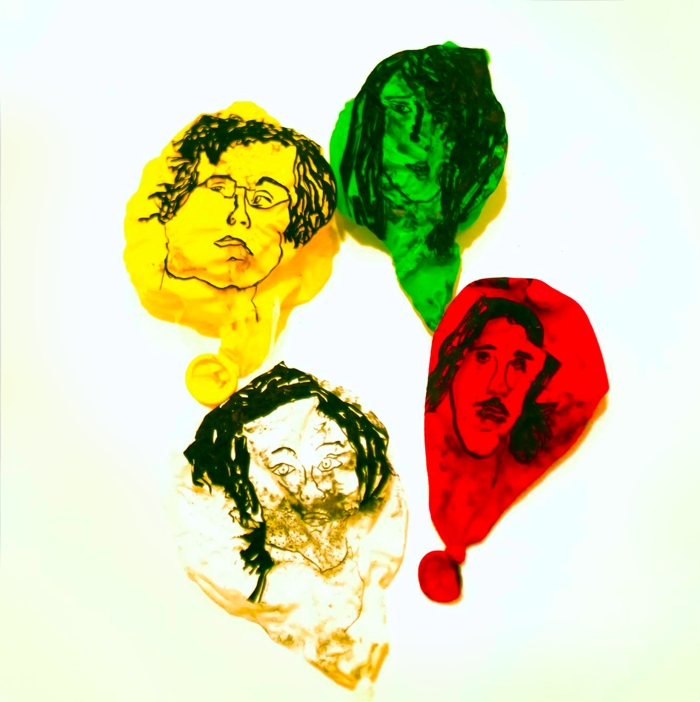 You know when you are on to a winner when you realise your feet have already joined in the devilry before thoughts and emotions have caught on. In such cases there is an instinctive lure which digs into the primal essence of what incites personal tastes and musical passions, and so it is with the new single from Belfast noise/indie rock band Abandcalledboy. The two track bewitchment simply took over the body, then the imagination and emotions. It did not ask for permission or make an initial request but just stole its booty whilst providing a seriously compelling and contagious introduction to its creators.

Though our first meeting with them, Abandcalledboy has been making a stir in the Irish music scene for a while, spreading it around the UK at times. 2014 saw the release of their self-titled debut EP which earned the band keen attention across the Irish music press whilst the self-produced video for the song Cliff Richard captured strong interest and praise from Therapy? guitarist/vocalist Andy Cairns. Shows with the likes of Rolo Tomassi, And So I Watch You From Afar, and The Futureheads amongst many has only reinforced the emergence and growing stature of the band but now it is the turn of their new single to nudge a new and broader awareness and appetite for their sounds, and it is fair to say that already George Best In Show / Paul Simon’s Daily Routine has made one new conquest.

The single is the first release from Abandcalledboy as a quartet and shows a shift in direction of sound from the foursome of Ryan Burrowes, Adam Smith, Mark Finnegan, and newest member Chris Ryan. George Best In Show is the first to step forward and in the matter of two breaths has ears and appetite enslaved with its almost voracious rhythmic shuffle. The swinging beats border on salacious and are irresistibly inviting as the surrounding tempting of guitar brings a B-52s like teasing to its melodic mischief. It is not the only thing worming away under the skin and into the psyche though, a sonic bluster erodes the senses with its caustic noise whilst a dark menacing bass tone simply adds to the addictive tempest. It sounds like it is a threatening start but it is the complete opposite, in fact it is a gloriously captivating stirring up of air and listener which levels out into a more stable though still agitated landscape once warm vocals join the affair. The song continues to impress and inescapably seduce, slowly raising its intensity and sonic causticity again towards a blistering finale. There seems to be hints of bands like XTC, Baddies, and Swound! in the song but spices in something predominantly unique.

Second track Paul Simon’s Daily Routine is a more emotionally and physically settled proposition, though again its rhythmic side comes with a volatile nature, especially in the drums. The raw radiance of keys and guitars is a flirtatious dance bridging the dark hues of bass and the agitated beats of Ryan to the harmonic caresses of the vocals and acidic melodies. Fuzzy and mesmeric, noisy and transfixing, the song explores a different kind of chaotic adventure compared to its openly twisted companion, a more temperate brew bristling with sonic enterprise within an imagination lit climate.

Abandcalledboy might have escaped attention from a great many of us until now but that slow awakening will surely change for everyone else with the unveiling of George Best In Show / Paul Simon’s Daily Routine. It thrusts the band onto the widest noise rock map with forceful energy and invention whilst suggesting there is even greater, template shaping things to come. We cannot wait!

George Best In Show / Paul Simon’s Daily Routine is available now as a name your price download at http://abandcalledboymusic.bandcamp.com