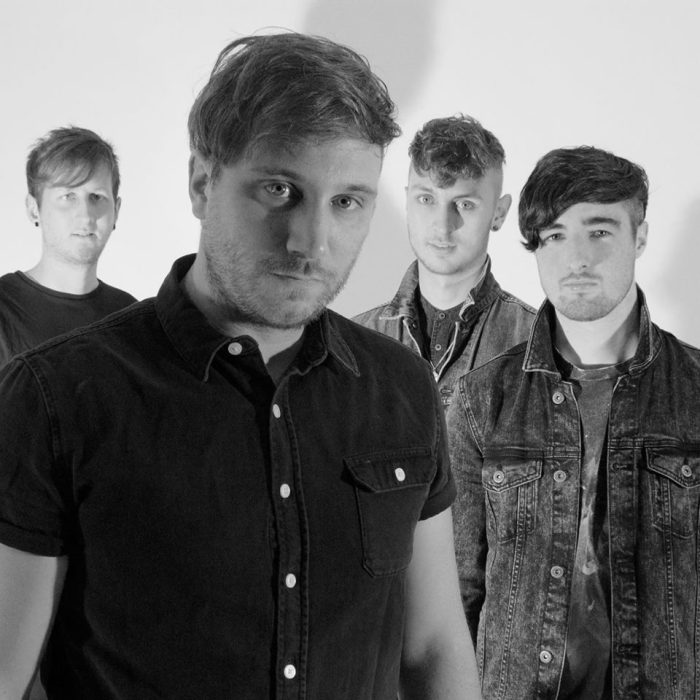 Ferociously melodic and raucously captivating, it is fair to say that our introduction to UK alternative rockers Kill The Ideal has been a fiercely enjoyable infestation of ears and appetite. It came through the band’s debut EP Heritage, an invigorating four song ride of anthemic proportions cast with intimate passion and explosive energy. It is an encounter which roars and croons with equal tenacity, very often simultaneously, and leaves a real hunger for more of its fresh invention and warm familiarity.

Formed in 2010, the Boston quartet release Heritage off a highly successful 2014 which saw the band light up stages alongside the likes of Lost Alone, Lonely The Brave, and Hawthorne Heights, shows adding to their CV of playing with bands such as Nine Black Alps, The First, Climates, and Emp!re. The foursome also left a mark on BBC Introducing in East Midlands before heading into the studio to create their first EP. Recorded with producer Lee Batiuk (Deaf Havana), Heritage is the potential spark to broader national awareness, and such its impressive body there is no doubting fires will be lit in a great many.

The EP’s title track stokes attention first, a raw stroke of guitar licking at ears initially before it all boils up into a pleasingly fiery stroll littered by the jabbing beats of drummer Jordan Bell and veined with a great dark bassline from Luke Farmer. Though the edge to the riffs is still slightly caustic there is a sharper and spicier tone to the subsequent melodies and hooks of guitarists Ross Gallagher and Ash Wilson hereon in, whilst the latter’s vocals bring an expressive and potent heart to the increasingly compelling encounter. The track is seemingly always on the precipice of a riot yet manages to bind its unbridled passion for a controlled yet incendiary anthem of a proposition. The song is a gem of a start to the release, an offering unleashing the addictive lure of a Lower Than Atlantis with the melodic fire of a Thirty Seconds to Mars and the impassioned angst of a Billy Talent.

There is no lessening of pleasure with its successor either. Higher again enters on a single caress of guitar though this time Wilson is there with the first breath to begin unveiling the song’s narrative. Once more it is an engaging start which swiftly becomes a contagion as Bell’s swings thump away with addictive bait whilst hooks and harmonies flame within the striking frame of his incitement. Fluid moments of melodic seducing only accentuate the potency and aggression of the band’s explosive tenacity, the anthemic virulence reminding of Always The Quiet Ones as the ability of Kill The Ideal to entwine tempestuous musical bellowing with gentle melody rich reflections simply impresses.

It would be fair to say that after two tracks the band had thoughts and emotions won over, leaving the remaining temptations of The Fire and My Friend an easier persuasion to make. Both though take nothing for granted and uncage their own individual inventive storms of sound and imagination. The first of the two probably feels the most recognisable of all the songs, offering more expected elements but still forcibly convinces with great jagged riffs and an excellent vocal union across the band whilst its successor is a slice of seriously catchy and similarly impassioned melody soaked rock ‘n’ roll with a roar to its heart and ruggedness to its energy.

Both tracks complete in fine and riveting style one outstanding release; in fact it is hard to imagine that Kill The Ideal could have made a better entrance into the wider spotlight of the British music scene than Heritage but easy to suggest even bigger and bolder things are destined to come from the exciting band.