Home › Music › Album › Reign Of Fury – Death Be Thy Shepherd

Reign Of Fury – Death Be Thy Shepherd 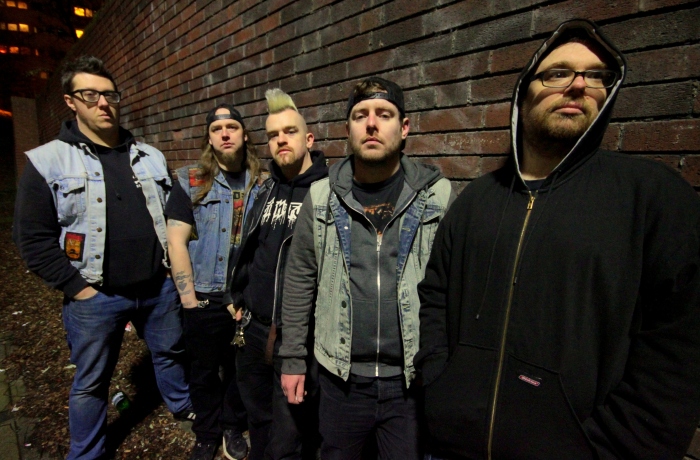 Plenty about the Reign Of Fury sound hits the sweet spot of familiarity yet everything about the band’s music is rigorously fresh and inventively captivating. Theirs is a dramatic roar which draws on the finest essences of thrash and heavy metal from across the decades, involving them all in new tenaciously melodic adventures. It is also a honing of flavours woven into a collection of songs making up a release easily providing the year with one of its essential listens. The fiery and thrilling Death Be Thy Shepherd is a devilish rampage of old school and modern invention, a proposition from the British metallers unafraid to simply offer rock ‘n’ roll in its most potent and insatiably contagious form.

You could say that there is little ground-breaking about the West Midlands hailing quintet’s sound and album but equally you can only admit that nothing about them feeds expectations or leaves the imagination looking for new inspirations. It should not be a major surprise such the impact and quality of Death Be Thy Shepherd. Its acclaimed predecessor World Detonation in 2012, sparked eager attention towards the band worldwide, and it is fair to say that since forming in 2006, Reign Of Fury has increasingly gripped ears and appetites with a sound seeded on eighties thrash and metal inspirations, flavours which fuel the band’s personal passions. Highly successful performances at the likes of Bloodstock around the release of their first full-length, and their own shows and a 40 date tour in 2013 only helped accelerate their emergence into broader awareness and stature. That year also saw the band organise and host every show of the Headbangers Balls UK tour, and again the following year when the band played with 100 bands, Onslaught, Lawnmower Deth, Xentrix, and Hatebreed, over 22 dates. Both provided one of the most potent events of their year in the metal scene, raising awareness for testicular cancer and funds for Teenage Cancer Trust in tandem with great show. Now the band has uncaged Death Be Thy Shepherd and instantly thrust themselves to the frontline of world metal with its quite breath-taking avalanche of instinctive and passionate rock ‘n’ roll.

The opening chord and lure of first track Faustian Mastery instantly has ears intrigued; appetite soon following as the guitars of Ed Westlake and Jon Priestley conjure a web of raw but inviting riffs alongside a melodic invitation. The song embraces the listener with temptress like wiles, coaxing and luring them into a waiting tempest of ravenous rhythms from drummer Magic Dave and bassist Paul Bielby aligned to fierce flames and causticity cast by the guitars. Straight away the song brings the climate of eighties/nineties thrash/metal into its compelling landscape, flirtations of Metallica and Megadeth colouring the intensive stride and swagger of the track. Driven by the ever alluring tones of vocalist Bison Steed, backed eagerly by the band’s shouts, the track stomps like an old friend with new face and character in tow. 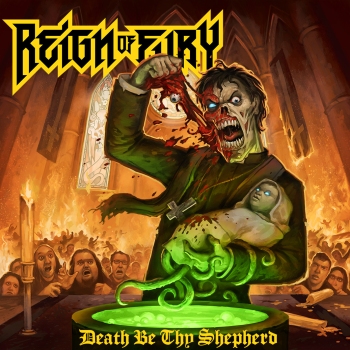 Over nine minutes long but feeling like a mere handful due to its fascinating invention, individual craft, and volcanic energy, the opener is soon matched in strength and virulence by the following Harbinger of Decay. If the first was a swift persuasion, its successor has ears and passions aflame almost within a brief swing of its rhythms and a lone blaze of sonic enticement. Its slow crawl of an entrance is the brief prelude to a thunderous charge of addiction forging riffs and grooves matched by just as gripping vocals. Like John Bush era Anthrax colluding with Trucker Diablo whilst Mastodon add their infection, the track is a glorious onslaught of hungry and inventive metal binding ears in spicy solos, rabid riffs, and psyche seducing grooves. Rhythmically and vocally too, it is an instinctive persuasion, almost primal in its temptation and straight after emulated by the just as immense Hypnotise The Masses. Riffs are bestial and sonic enterprise sultrily warm, their extremes combining across a frame work of predacious rhythms which captivate and compel the listener to join the anthem.

Through the merger of melodic seducing and corrosively rampant riffing that is Gates of Sanity and the Hetfield and co like power balladry of All is Lost, band and album only grip thoughts and appetite tighter. Though neither track can quite match the impact and creative plateaus of the first trio of songs, each leaves satisfaction full and attention enthralled whilst The Love of a Dying God is an unstoppable hunt of and march upon the senses. Volatile in texture and imagination, the song is a hellacious storm as ridiculously contagious as it is grievously imposing. It is fair to say that Reign Of Fury is not going to be the most brutal and violent proposition you will come across this year but as proven by the song, there are times where they go for the jugular with all creative guns blazing and on an attitude fuelled by hostility.

The outstanding offering seems to be the spark to the band finding even greater animosity, certainly in its rhythmic confrontation and aggressive riffery. The next up Sorrow Made Flesh is barbarous in that department but salaciously anthemic in vocal and sonic invention. Once more the backing shouts of the band add extra bait to the bellow of the song’s call, whilst musically its grouchy, often senses stalking animosity, combines superbly with the melodic and invitational enterprise offered.

The album closes with its title track, a ten minute leap into a tapestry of bewitching guitar skills, rhythmic agitation, and vocal captivation, and that only covers half of the song’s epic landscape of imaginative, skill sculpted endeavour. Arguably the most adventurous song on the release, and certainly its most varied, the track is spellbinding and raucously riotous in equal and entwining measure.

Death Be Thy Shepherd is simply intoxicating, thrash and heavy metal in its original pungent form, not worried about shaping new templates but twisting existing ingredients into gripping and ferociously new incitements. This in turn makes the band’s familiarity in sound also a brand new protagonist for ears and pleasure. Simply put, Reign Of Fury is pure rock ‘n’ roll and quite irresistible.

Death Be Thy Shepherd is available now via http://reignoffury.bandcamp.com/releases