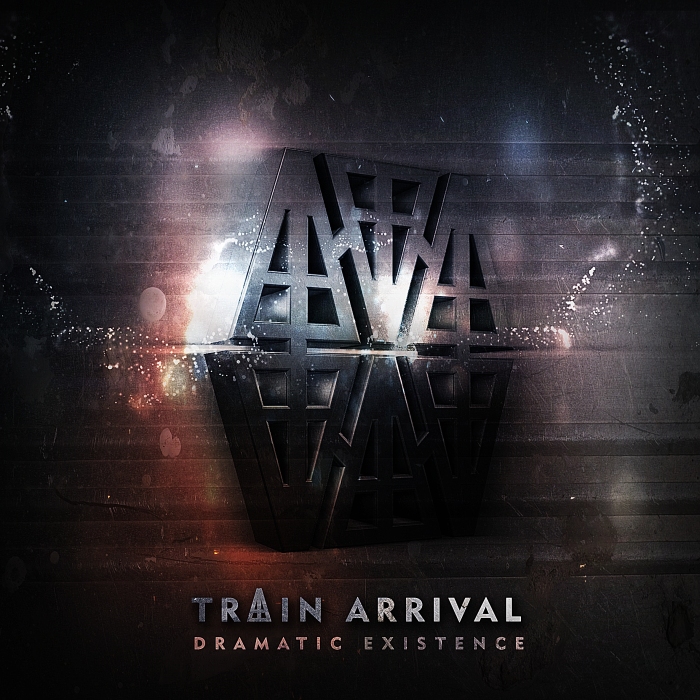 An engrossing proposition for ears and imagination, it is fair to say that Russian band Train Arrival has given one impressive introduction to itself through debut album Dramatic Existence. Oozing creative theatre as striking and potent as the technical craft bringing it to life, the eight track encounter is a riveting adventure of instrumental progressive metal. To that cinematic canvas though, there are also inventive weaves of djent voracity, symphonic ambiences, and oriental and Eastern beauty captivating the senses. It makes for one mouth-watering offering, one not lacking either familiarity or fresh invention, but ultimately providing a thoroughly enjoyable and imaginative emprise of sound and intent.

Train Arrival is the solo project of Krasnodar composer and guitarist Max Ben and that is about all we can reveal about the talented artist. Then again Dramatic Existence does all the talking starting straight away with opener History. A lone melancholic guitar melody wraps around ears first, its sweet tone soon joined by darker caresses and a classical air. It is a gentle and captivating start, immersing senses and thoughts with great potency as keys and a symphonic breeze brings new warmth and expression to a by now rhythmically bold proposal. As becomes a constant success across the release, the imagination is already conjuring a landscape of peace and beauty echoing the dramas and turbulence of past times. The track as all subsequent songs is an aural paint box for thoughts, inviting interpretations addition to the piece’s own suggestiveness, and finding new twists with every listen.

The following Returning takes the listener into a far more aggressive and agitated climate, but equally as tempting and inviting. Rhythms cast a web of intimidation whilst jagged stabs of guitar only accentuate the danger and imposing presence of the new soundscape. A djent bred examination shows its first grouchy signs whilst keys again cast an immersive embrace over the volatile heart of the track. It is a gripping and skilful theatre of sound and invention from Ben, every second of its six minutes providing persistent magnetism, the same which is easily said about all tracks and immediately evidenced by Theatre Of War. The outstanding third track does not enter with the hostility its title might suggest, in fact is less forceful than its predecessor in many ways, but offers drama and epic grandeur aligned to intimate aggression for one transfixing exploit. Again ragged djent persuasion colludes with elegant and immersive symphonic arrangements courted by emotionally colourful keys, whilst mystique and melodic hues of the Oriental with far reaching Eastern spices bring their intrigue to track and ears as the listener is taken again on their travels musically and mentally.

There is an underlying fatality to the track though and its aftermath is echoed in Devastation next, its colder air a telling introduction though soon succumbing to another tempestuous climate, sculpted imaginatively and powerfully by the guitar skills and keys crafted adventure of Ben. To that technical prowess there is a creative resourcefulness too which makes this and all pieces a fluid and tenacious theatre of sound and expression. The track has thoughts and emotions instantly and firmly involved, their premises uniting with the artist for another peak of the already highly impressing album.

Majesty just about sums up the air and presence of the next song, keys dancing provocatively over ears with an endearing renaissance charm before rhythms and riffs bring a creative turmoil to the expanding adventure. Predatory shadows and sounds stalk the melodic flaming of guitar and the bewitching radiance of keys, each of their twists bringing striking textures, creative hues, and sheer mesmeric enterprise best described as, yes majestic.

The ten minutes epic temptation of Badlands is next, provocative balladry and stormy climates colliding and entwining for another spellbinding offering which is simultaneously seductive and fiercely erosive on the senses. Possibly a touch overlong, though there is never a point where attention and appetite waivers, the track is a journey and adventure all on its own, and that is another impacting thing about Dramatic Existence, tracks work just as powerfully alone or as one act in the album’s whole sonic libretto. The song flows straight into the reflective embrace of Ashes Of Time, a serenade skirted by a carnivorous bass tone and raw edged riffs. It is the melodic lure of the song and guitar though which prevails in the increasingly volcanic atmosphere and intensity of the track, both assisted by the warm and emotive tides of the key’s invention.

History Repeats brings it all to a fine, epilogue like end. The piece is maybe not the most impacting and gripping, relative to what came before, but provides a final richly satisfying and suggestive voice to the breath-taking exploit. It also provides one last slice of evidence to not only the impressive technical craft of Ben but his pleasing understanding and restraint in not over powering impressive songwriting with indulgent excesses of technique.

Dramatic Existence is a tremendous entrance by Ben and Train Arrival, progressive metal which simply ignites ears and imagination. The album might not be imposingly pushing progressive metal boundaries but it is giving them a damn good shaking as it thrills.