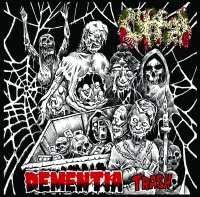 There is a certain individual sickness to the visceral charms of Brazil’s most prominent and inventive extreme metal bands, an insidiousness which seems to coat riffs, grooves, and indeed songs. That sickness is a creeping toxin flavouring the new split release from Offal and Zombie Cookbook too; a poisonous and malevolent offering which worms under the skin with infectious temptation. It is not a release which actually startles, not initially anyway, but over time emerges as a visceral sonic assassin to which imagination and emotions become playthings. A swift and lethal scourge of the senses from two bands which are potently emerging on the broader extreme metal scene, the 7” split comes courtesy of a label, Black Hole Productions, which is no stranger to unleashing underground treats from band such as Lymphatic Phlegm, Xxx Maniak, Haemorrhage, and Gruesome Stuff Relish.

Offal is first up on the release, a quartet from Curitiba consisting of vocalist André Luiz, guitarist Tersis Zonato, bassist João Carlos Ongaro, and drummer Igor Thomaz. To the release of their well-received self-titled debut album in 2006, the band has added a second full-length and a string of splits with bands such as Bowel Fetus, Anatomia, Decrepitaph, and Mausoleum, all helping to increase their reputation and stature in the underground. References to Autopsy and Carcass have been cast over their sound, and as opener Dementia Trash. The Cult Of The Low-budget Cin devours ears it is something to agree with yet only slightly flavours the band’s voracious sound. Riffs are an immediate scrub of aggression in the song, swiftly 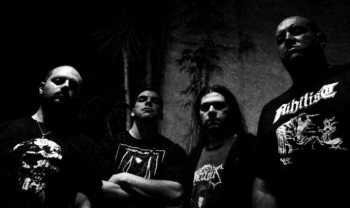 backed by the thunderous and turbulent assault of rhythms. Lorded over by the dark coated cavernously toned growls of Luiz, the track is a mix of predacious stalking and rabid intent. It is a rather compelling proposition gaining greater strength of persuasion across its length, imposing sonically and in success as its narrative courts the craft and blood-fests of cinematic gore/cult b-movie movie pioneers like Herschell Gordon Lewis, Ed Wood, and Roger Corman.

A great incitement for ears and imagination, the band’s second proposal Spinal Extractions Fiend For Blood is a more savage and irritable, no make that violent encounter, and just as highly palatable even at its mere 45 seconds. It hangs around enough to get the teeth into and to ignite a healthy appetite but is too short to get as much satisfaction out of it as wished, though that want is soon fed impressively by Zombie Cookbook. 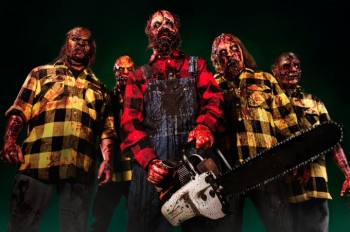 The band’s name and indeed that of its members, in vocalist Dr. Stink, guitarists Horace Bones and Ed The Dead, bassist Purgy, and drummer Dr Freudstein, alone provide colourful and mischievous bait, a lure instantly backed by their first track Motel Hell. There is thrash bred ferocity to the charge and hostility of the song, energy and creative adventure which is as psychotic as it is groove infectious. The vocals equally have a character and captivating rabidity to them which only ignites ears and enjoyment, bringing a chunk of the originality which revolves within an accomplished if familiar template of sound.

Its voracious appetite and body only gets more deviously addictive and magnetic over time, much as that of its successor Eredità Maledetta. The first of the band’s two songs ends on a great finale of pure unbridled thrash contagion, a sonic tirade plainly contrasted by the demonic seeded entrance of the second, though it does not take long for the track to expel a spiteful breath and leap into its own ravenous destructive tempest. It also is much shorter than its companion, but does offer two minutes of furious extreme metal combat to reinforce a greedy appetite as sparked by the EP to explore the band, something which applies to Offal also. 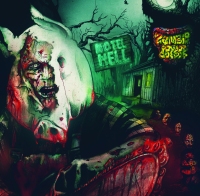 metal. Both Offal and Zombie Cookbook could be looking at infiltrating the broadest spotlights sometime soon too, especially if they continue uncaging beasts like those on their shared offering.