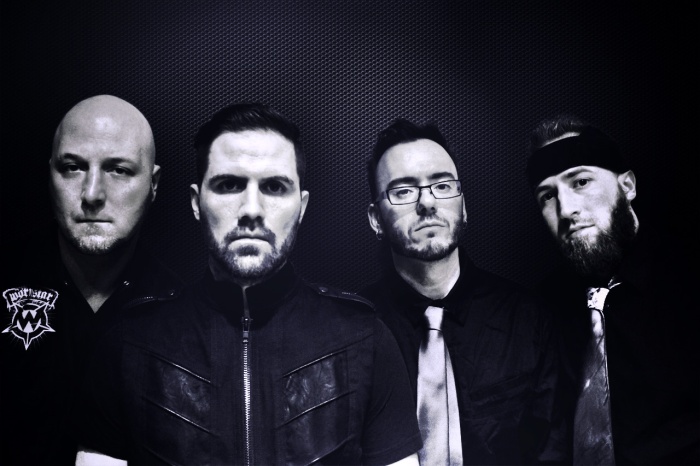 Rousing up anticipation and subsequently impatience for the release of their forthcoming self-titled EP, Canadian melodic metallers Every Hour Kills recently released new single Almost Human. The song is a roar of energy and skill which confirms the emerging potency of the band, already shown in their previous pair of singles, whilst revealing an even more striking adventure and creative ferocity in their sound. It is a highly infectious proposition crafted in arguably recognisable creative inks but casting a fresh and magnetic landscape.

The seeds of the Calgary bred Every Hour Kills began three to four years ago, when drummer Rob Shawcross (ex- Out Of Your Mouth, ex-Autobody, ex-Kobra and The Lotus) linked up with guitarist Sacha Laskow after his departure from Divinity. The pair subsequently brought in bassist Brent Stutsky (ex-Breach of Trust, ex-Death Valley Dolls) and vocalist Jerrod Maxwell-Lyster (Walk As Chaos, ex-Out of Your Mouth, ex-Autobody, ex-the R.A.C.E.) to complete the band’s line-up. With a name inspired by an anonymous literary quote which says “Every hour wounds, but the last one kills.“, Every Hour Kills has spent the time since forming working on and recording songs, which included the already released pair of singles, Deliver Us in 2013 and the following

year the Joey Sturgis (Asking Alexandria, Emmure, Of Mice & Men, We Can As Romans) produced Chosen. Now with that impending EP on a close horizon, the band has set another spark burning in ears and appetite through Almost Human, a song showing even greater persuasion and adventure than that which fuelled its predecessors.

An electro bubble grows and explodes in a tempest of rigorously gripping rhythms and tenacious riffs as the song consumes and grips ears straight away. It is captivating start swiftly built upon by the excellent vocal prowess of Maxwell-Lyster and the breath-taking technical rapidity and enterprise of Laskow’s fingers and guitar. There is a blend of Sevendust and Dommin to the song, with just a hint of Disturbed and a louder whisper of In Flames, yet Almost Human soon reveals an individual character to its increasingly magnetic presence.

The song continues to croon and bellow across its intoxicating landscape, each turn of sound and ideation generally finding the middle ground between the two whilst the shapely invention which cores it all also embraces an industrial/electro metal adventure at times, a Rabbit Junk like spice fusing to the adrenaline sparking charge of the song.

Almost Human is a compelling offering and hint, and if the new EP can back it up with songs just as virulently convincing, we are in for one thrilling treat later this year.

Almost Human is available now whilst the upcoming EP can be pre-ordered as a limited edition package direct from the band @ http://everyhourkills.com/preorder/