LongFallBoots – Wait For The Echo 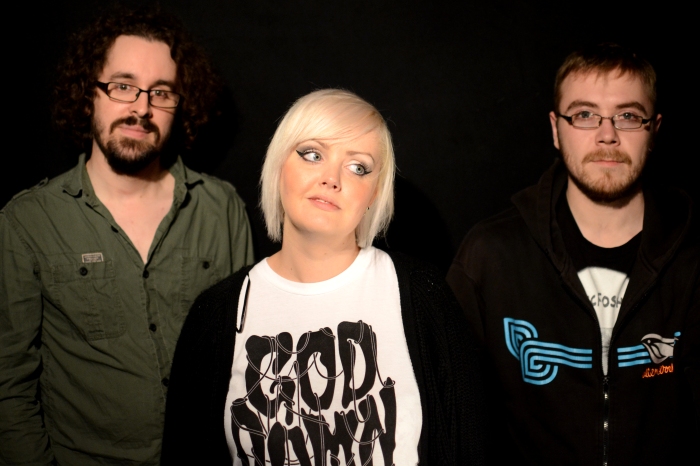 Though not exactly psychotic or schizophrenic, Wait For The Echo, the debut album from UK scuzzers LongFallBoots, definitely has a certain deranged edge and tenacity to its sound and character which makes it one of the most fascinating and enjoyable releases to hit 2015 so far. Brewing up a sound from a maelstrom of noise and punk to stoner and psych rock, and that barely covers it all, the Warwickshire band create a fuzzy sonic smog which almost visually ripples with ideas and imagination within its caustic surface. That again is only half the picture as rhythmically, the album is one of the heaviest predatory treats you are likely to come up against in rock music this year. It all makes for an intriguing and thoroughly exciting proposition from a band which manages to actually offer something new.

LongFallBoots is the creation of friends Alex Caithness (KOSS, Cincinnati Bow Tie) and Ben Holdstock (Paralus, Cincinnati Bow Tie), and came about by accident when the rest of the line-up in the pair’s other band failed to turn up for a rehearsal. That moment in time was filled by the duo writing first EP It Was Duke and the birth of LongFallBoots. Since its release in August 2012, the band has released a further six EPs, the first five in a 12 month period whilst the last, Good At Television was written after the new album and recorded before its completion to ‘keep busy’ as the band managed the logistics of scheduling in and recording the full-length with the numerous guests which feature on Wait For The Echo. The album was written by and primarily recorded by Caithness and Ben Holdstock, though with extended contribution from live bassist Chris Childs, who has since left the band, and vocalist Amy Smith, who has subsequently replaced Childs on bass and additional vocals, and recorded the Good At Television EP with the band. Further guests on the album include Andi Chamberlain (Eagles Born Vultures), Claudio Aníbal (Ash Is A Robot), and Marc Shinner (Those Loathsome Fishmen/Devi Ever) amongst many. LongFallBoots like to work fast when it comes to writing and creating songs, a frenetic approach to their recordings which again applies to the album yet does not in any way corrupt the quality and energy of the release, in fact it probably goes some way to make it as intensively dynamic and gripping as it is.

That strength is immediately on show as opener Transmission stirs up ears and senses; the opening scuzz of guitar and slapping rhythms a raw and feisty coaxing catching the imagination with ease, especially as it broadens with rich melodies and mellow vocals. It is a potent mix which from an early strong position becomes a much more instinctive persuasion as the band’s vocals

fiercely roar and bellow from behind the more relaxed delivery of guest Jonathan Martin. The track continues to grip tighter as beats get more agitated in tandem with the general manner of the song, the returning sway of Martin’s gentle caresses seeming to gain extra impetus from this for the magnetic ‘chorus’.

The 2nd Technic offers an instant increased snarl with its riffs and air, employing a post punk chilling around incendiary bursts of noise rock intensity. That alone is a compelling mix but with little flirtations of melodies and harmonic vocal mumbling, the song becomes an irresistible creative raging whose masterful heights are matched by the following False Flag immediately after. It rolls in on a contagious rhythmic enticing, a nibbling guitar adding to the exciting lure. Vocal squalls and tempestuous urgency break through soon after, not quite brawling but certainly bringing greater intimidation and thrilling rapacity to the encounter. Already thoughts of Melvins come to the fore but only as a scent of the raucous creativity being expelled by LongFallBoots.

Thoughts are thrown a curve ball in some ways by Thousand Hands, its fuzz pop breeding a warm and intriguing embrace, especially with the angelic tones of Amy Smith adding to the rosy colour of the song. Of course it is again only part of the picture as the surface of the sounds are woven with bracing fuzziness whilst throughout there is a veining of acidic heavy rock enterprise. The song is pure magnetism but does not quite light the appetite as those just before it, or the next up Loaded Question. Punk infused, the track is a thumping roar in ears with a warped mentality and design to its addictive presence and textures. There is a slight touch of The Zico Chain to it and at times Torche, and for just over a minute it provides another enslaving highlight of the album.

Both the groove bound Displacer with its rhythmic dance and the doomy prowl of Noctavia bring further diversity to the album and new adventure to ears, each in their individual persuasions worming under the skin and deep into the psyche before the riveting and infectious devilment of The Cruel Institution steals their thunder with its sonic winery and sinuous invention. It does not take long to become a firm favourite within Wait For The Echo, though the sultry twang and spicy croon of A Peculiar Hell gives food for thought before the bedlamic By Design hits with its Converge-esque vocal attitude and continually shifting landscape. At times it is a brawl on the senses and in other moments a sweet seduction; a post-hardcore like fury which as all songs is ultimately hard to pin down.

The Sham basks in a heavy rock predation as a Mastodon intensity mixes with a Kyuss like melodic blazing driven again by caustically delivered vocals. It is a slow burner compared to other tracks but has ears and appetite enthralled whilst Simultaneous Man simply has each turning somersaults of pleasure with its voracious and uncompromising punk raging equipped with a deliciously throaty bassline and sinister sonic endeavour.

A final piece of expectations defeating excellence comes with the closing An Apology, the band again slipping into mellower waters with charming melodies and the siren-esque voice of Smith; anticipation is already expecting special things ahead with her voice now a regular feature of the band. The final incitement cannot leave without a trespass of the senses though, guitars and hoarse roars adding to the increasing intensity and inflamed climate of the song as it brings the album to an impressive close.

Wait For An Echo incites and delights in equal measure. It is an album for all fans of heavy and noise bred rock music to explore a healthy new adventure with, and whilst LongFallBoots is still a secret to a great many right now, the new release could change that privacy as it ignites more and more ears and emotions. And if it falls short, let’s be honest there will probably be another tasty EP or two right around the corner reinforcing its fine temptation and fighting the cause.

Wait For The Echo is available digitally and on CD now via http://longfallboots.bandcamp.com

Listen to the best independent music and artists on The RingMaster Review Radio Show and The Bone Orchard on Reputation Radio @ http://www.thereputationlabel.today