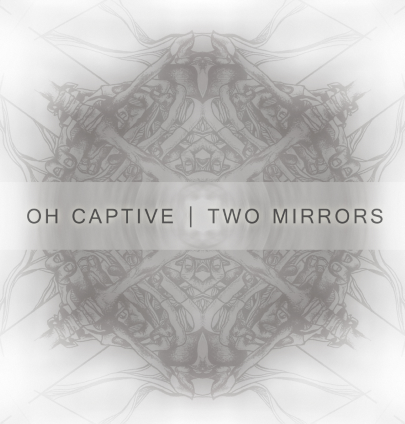 Formed three years ago, and coming at you from the South West, Oh Captive unleash a potent fusion of engaging alternative rock cuts stocked with forceful razor-sharp hooks that render them an instantly catchy listen. Already chalking up favourable comparisons to Biffy Clyro and Twin Atlantic, Oh Captive are set for new heights, and are loaded up with their killer new EP ‘Two Mirrors’, which hits stores this March.

The foursome’s national profile has rapidly increased during the past 12 months; this is largely down to their high work ethic and the success of the band’s debut EP, ‘Advance Creature’, which snared coverage from Rock Sound, Big Cheese, XFM and BBC Introducing, amongst others. Labelled ‘one of the UK rock scene’s biggest rising stars’ by Hit The Floor, Oh Captive have earned supporting slots with the likes of Marmozets and Arcane Roots, as well as festival appearances at Leopalooza and New Age.

The quartet headed into the studio last autumn to commence work on their next record. Entitled ‘Two Mirrors’, the EP is a real belter. Following on the foundations set by their debut record, the band have really pulled it out of the bag. Opener ‘Recover’ perfectly showcases the band’s enhanced penmanship with a hooky refrain and layered guitars that cunningly web together the track. The dynamic ‘Motion/No Motion’ delivers another anthemic chorus that clings to your head while ‘Live Fast Don’t Last’ highlights the rock crew’s growing maturity. Closer and namesake ‘Two Mirrors’ is further proof that Oh Captive have the tools and expertise to be one of the true players in 2015. Stay tuned to the band’s Facebook page for tour updates.