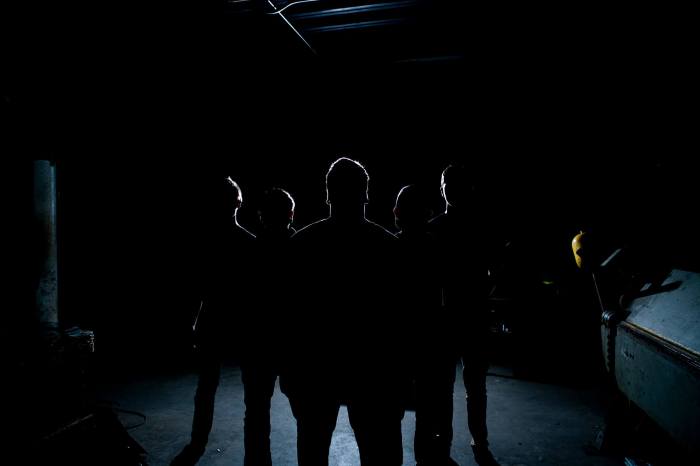 Already the opening weeks of this New Year has seen some impressive and potential soaked debuts across the metal kingdom and another comes in the tasty shape of Vulnerable from US metalcore protagonists RVNT. Bringing seven tracks in direct and forceful contact with ears and imagination, it is a potent and attention grabbing entrance from the band whose name is pronounced as ‘revenant’. It is an encounter which does wane a little in strength and resourcefulness the deeper into its body you go, from a thumping and exhilarating start employing more formulaic and expectations feeding endeavours as songs show their individual propositions, but even that cannot prevent the release from leaving a lingering and highly agreeable impact.

RVNT was born from the ashes of Virginian metal bands such as Under City Skyline, Still I Rise, and Before Him, and swiftly used their experiences and new musical appetite in creating a sound which was soon stirring up the local scene. Last year the band signed with We Are Triumphant and unleashed a broader nudge in their direction through the single Vain which came out in December. Now their debut album is poised to awaken a whole new spotlight whilst simultaneously showing a richer potential inside them and their ferocious fiery sound, a promise destined to trouble even greater recognition and success ahead it is easy to suspect.

Proving Ground is a forty second introduction providing an intriguing if not particularly dramatic lead into the release. It does have a certain raw charm and portentous fascination though which ensures ears wait patiently for the following Vain where the rewards are plentiful. The second track initially looms over the senses with controlled but intimidating beats and equally dark hearted riffs, their welcome wrapped in an imposing shadowed ambience which just as eagerly embraces the squalling roar of vocals from Ricky Gillis. A thick tangy groove soon infests the guitar enterprise too as rhythms begin a devilish march on already beleaguered ears. By now the track is a contagious predator, guitarists Cole Sweeney and Ryan Potter creating an enthralling web of aggressive and seductive enterprise which the bass of Matt Madariaga prowls with threatening tones and the swinging swipes of Jose Rodriguez-Qulles bring further intensity to. The mix of varied vocals impact as resourcefully and successfully as the tempestuous sounds around them, guttural growls and slightly lighter caustic tones uniting with impressive cleaner tones enjoyably as they help ignite the slamming stomp of a triumph.

The following Disconnect is similarly compelling and oppressive from its first breath, but again infusing an infectious and anthemic tendency which skilfully ignites and colours the storm. The 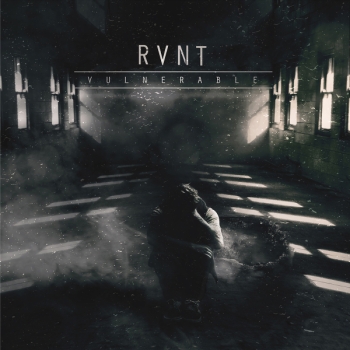 track continues to rage, batter, and wind ears and satisfaction around its hostile fingers as again the vocal blend captivates as refreshingly as the rhythmic rumbling and ferocious sonic enterprise coating their lure. A brawling romance, the song leaves ears and appetite a little greedier again before the torrential and bruising raging of Leech takes over. Its theatre of aggression, which brings the track into startling view, relaxes a touch as vocals add their narratives marking the point where the album continues to impress but begins losing some of its striking impact. The song like those before certainly allows no wandering from ears and attention but the unpredictability of its enjoyable presence is less dramatic and lacking real surprises compared to those before.

The same applies to both More Than Words and Circles, though the carnivorous entrance of the first enslaves with consummate ease before boiling up a storm of savage voracity and melodic colouring. As the previous encounter, the track is bursting with climatic and feverish passion amidst an emotional turmoil which translates to the sounds and is emulated by its successor in its own potent design. The first of the two startles and thrills at times, just as the opening pair on the album consistently did, but still lacks their unique spark, though in replacement the suggested potential takes over to excite instead. The second of the two provides another furnace of vocal creativity and fire which only adds to the pleasure found in its cyclonic provocation.

Vulnerable closes with Buried Alive, a tapestry of angst fuelled creative fury veined with melodic heavy metal seeded enterprise and as now expected vocal imagination, the three prong thrust of the attack as impressive as when first heard on the opening song. More melodic metalcore than simply the neat malevolence of the core genre driving the band’s sound, song and album provides an explosive and thrilling first confrontation with RVNT. There is no doubt there is plenty more to come from the band in songwriting and sound as they evolve, a quite exciting prospect thanks to the thoroughly enjoyable abusing of Vulnerable.

Vulnerable is available now via We Are Triumphant Records on iTunes, Spotify, Amazon, and more.

Tags: Before Him, melodic metalcore, Metalcore, RingMaster Review, RVNT, Still I Rise, Under City Skyline, Vulnerable, We Are Triumphant Records