Home › Music › EP › The Twin Dracula – Death Is Our Client

The Twin Dracula – Death Is Our Client 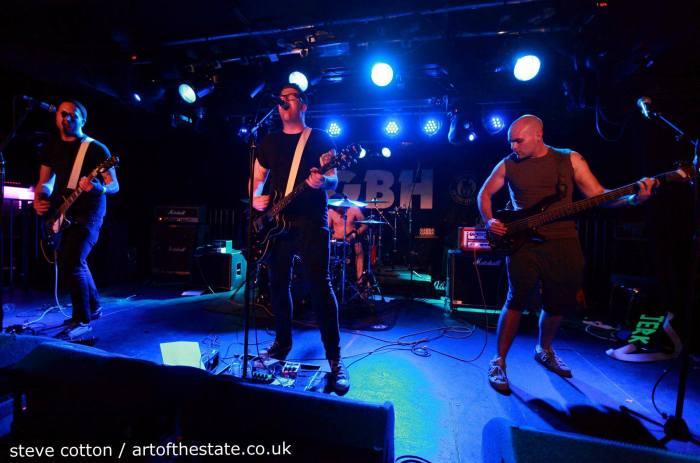 Bred from a punk rock seeding, the sound of UK rockers The Twin Dracula just seems to get broader and more flavoursome with every release and that is without losing the snarl and aggressive passion which marked out their first offering just over eighteen month ago. The band recently unleashed third EP Death Is Our Client and it is not too far from the mark to say that British punk ‘n’ roll has rarely sounded as creatively expansive and violently imposing as the tracks which ignite the excellent encounter.

Formed in 2012, the British quartet grabbed, like a great many, our attention with their debut release, which was simply called Introducing when released in 2013. It was a raw roar of hardcore causticity rich in potential and strong on antagonistic craft. Its successor TTD​/​GFY not only reinforced that first potent impression and appetite for the band’s sound, but showed new adventure and invention which Death Is Our Client has taken to new impressive pastures. Sculpted on the inspirations of bands such as Kid Dynamite, Wipers, Rocket From The Crypt, Propagandhi, and The Bronx, the band’s music is a brawling contagion which takes no prisoners yet treats them like guests once ears and attention have been enslaving, offering always and especially on the new encounter something seriously special.

First track Nom De Plume is simply a ravishing sonic blaze of temptation from its first breath, guitars abrasing ears with addictive riffing punctured by just as forceful beats. It is soon in full 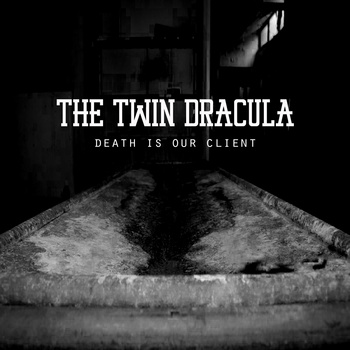 swing though with grooves and hooks as virulent And potent as the inviting scrub of guitar energy around them. Once vocals bring a flame of melodic toxicity into the picture, energy rises to a high and attitude becomes confrontational but still the song is nothing less than contagious provocation. That Rocket From The Crypt spicing is a loud whisper in the song but equally a breeze of Ghost of a Thousand and Reuben like fury is adding its potency to the riotous blaze of sound and intensity.

It is a commanding and breath-taking start swiftly emulated and surpassed by the infectiousness and hostility of rebellious Occultimate Warrior. Again a ridiculously compelling and nastily catchy offering from its opening second, the track also explores a web of addictive hooks and anthemic ferocity vocally and sonically. It all combines to cast the most antagonistic and irresistible seduction which leaves ears smarting and emotions lustful. Hardcore punk comes in varying shapes and colours as more imaginative bands emerge to charge its boundaries, and on the evidence of this song alone, but backed rigorously by its companions, The Twin Dracula is there to the fore leading this fresh investment in the scene.

The closing Newtown Jazz Revival is almost funky in comparison to its predecessor, opening with the darkest and most delicious bassline heard for a while. Its lure is courted by abrasing riffs and jabbing beats which soon expel their fullest weight and tenacity to add to an already captivating persuasion. The song proves to be a mellower encounter than the other two songs on the EP, vocally cleaner harmonic vocals aligning to warm melodic acidity and endeavour. It does not stop the song growling with a grouchy breath and provocative nature though as the band unveils yet another adventurous twist and aspect to their gripping sound.

Introducing had us excited and its successor even more thrilled, but Death Is Our Client feels like a whole new ball game in so many ways, which leaves anticipation for what comes next from the band and acclaim upon them brimming.

Death Is Our Client is available now on CD through Crucial Taunt @ http://www.crucialtaunt.bigcartel.com/product/the-twin-dracula-death-is-our-client-cd and digitally @ http://thetwindracula.bandcamp.com/album/death-is-our-client

Like Loading...
‹ The Rubys – Jesus Girl
Digits are back with their new EP ‘Footprints & Embers’, on 2nd Feb ›