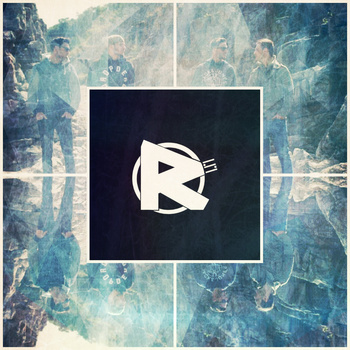 Announced as their new and final offering, the double A-sided single The Bay/Directions is a potent farewell from, if this is to be the end, of British alternative rock band Robes Of State. Linking two vibrant and emotionally fuelled songs, the single provides a striking statement of what has been missed by those new to the band and will be missed ahead by their fans. Neither are songs to turn the UK music scene on its head but both have a craft and passion to songwriting and sound which leaves many others looking a touch bland in comparison.

Formed in 2006 and hailing from Colwyn Bay, Robes Of State consists of vocalist Hev Roberts, guitarist Jezza Bruce, bassist Dave Huds and drummer Perry Batty. Listing influences as the likes of Blink 182, Alexisonfire, Taking Back Sunday, ‘A’, and Feeder, the band’s sound is an atmospheric weave of provocative melodies and immersive intensity as perfectly illustrated by the latest release. From the first infectious hook of The Bay, song and band has ears and attention gripped. With heavy beats and anthemic vocals soon adding their bait, the track is swiftly a raucous yet controlled proposal which only increases its lure as riffs abrase and rhythms stomp with almost angry attitude. Vocally too there is an adventure and energy which challenges and coaxes whilst the song itself whilst lacking the spark to the anarchy it hints at, revels in the restraint and almost teases with its suggestiveness and the increasingly tempting hooks it possesses.

Directions is a gentler caress on ears but no less infused with emotion and evocative textures. The song glides across the senses with moments of increased energy interspersing its warm but melancholic embrace. Those expulsions of intensity bring a climactic presence to the song, giving it an almost emotionally stormy and intriguing character, like an aurally portentous yet unrealised tempestuous sea. It is a song to explore over time, every listen revealing another depth and shade to its heart.

The single also comes with a free bonus track in View Of the City, a song worth the price on its own. A vivacious stomp of sonic enterprise and progressively tinged imagination, it flirts and croons with drama and almost mischievous invention. It is a voracious treat of a song throwing out another reason why the band will be missed if this is to be the end.

It is never too late to discover a great band and the new single from Robes Of State certainly proves that they are just that.

The Robes Of State single is available now via Take Point Records @ http://takepointrecords.bandcamp.com/releases