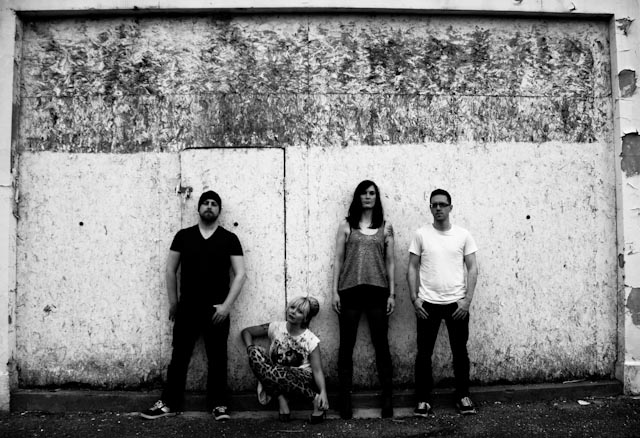 The name Ascending Dawn brings images of light emerging from dark and that in a way is exactly what the UK melodic/progressive metal band’s sound is like, except the rugged intensive shadows which frequent their music embraces and shares the moment with its dazzling melodic light. The release of debut album Coalesce shows there is no conflict between the opposites either, instead they make a tempestuous union which emerges as one compelling and very often bewitching proposition. The release is an immediate dramatic persuasion with the soaring tones of Greek/Cypriot vocalist Marlain Angelides a constant rich seduction against the sonic blaze and aggressive tenacity which colours each evocative exploration within the album. Equally there is a potential within the band and album which as the songs entwine around ears and imagination, you come to feel is still not being fully realised and on the strength of the impressive first full-length, makes for a rather exciting prospect ahead.

Consisting of guitarist Owen Rees, bassist Constanze Hart, and drummer Mark Weatherley alongside Angelides, the London based quartet emerged last year and swiftly started turning heads with their diversely flavoursome sound. The first couple of singles from the band’s album wetted the appetite and sparked strong anticipation for Coalesce, but really only hinted at the depths and strengths of the Jochem Jacobs (ex-Textures) mixed and mastered album.

The second single taken from the release opens it up, All in Now immediately teasing ears and imagination with a tangy guitar coaxing before expelling a huge breath of spiky grooves and combative rhythms. It is a spicy start which mellows slightly as the emotive tones of Angelides opens up the narrative. Around her though riffs and beats continue to impose and stalk the senses, intimidating openly within the expanding weave of melodies and harmonies. The song is an enthralling and invigorating start, its sinews and intensity aligning perfectly with the warm elegance and melodic vivacity of sound and voice around them.

The following Miscommunication is more of the same in its individual way, riffs and basslines a predatory protagonist within the smouldering sonic lure of the encounter. Also as in its 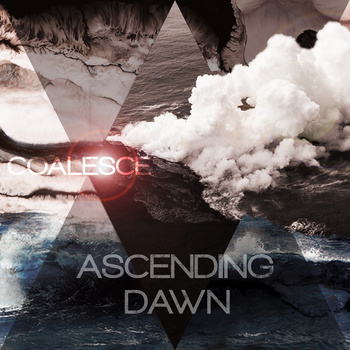 predecessor, Angelides opens with a low key delivery, a touch which is alluring but maybe lacking the spark of when her lungs let rip and she impressively roars and soars across the songs . She takes charge of the song swiftly though, extending her vocal chords and delivery to inflame ears and thoughts as the rich tapestry of sound flames around her and the lyrical incitement she shares makes a potent impact. The captivation continues into the band’s first single Cannonball, the song entering from a distance with a melodic swing within a provocative ambience. Riffs and hooks are soon gnawing wonderfully away at the senses before the song slips into a melody rich embrace, crooning with every aspect of its magnetic enterprise. There is still that heavy threat to the pop infused proposal though; raw textures combining almost flirtatiously with the melodic rock weave.

As impressive as the first songs are, the album’s pinnacle comes with the pair of Integral and Opposites, the first a bordering on carnivorous blaze of hungry wiry riffs and heavily swiping beats with a blistering melodic flame to its temptation. The track stalks and seduces the senses simultaneously, every scythe of guitar and throaty bassline a dark protagonist courting the radiant elegance of voice and sultry invention. Its successor similarly bares its rhythmic and riff laden teeth, snarling and leering at the listener whilst a bloom of beauty rises from the throat of Angelides and in the guitar enterprise. Not for the first or last time, song and sound reminds of US band Vajra, the more exotic essences they bring finding a less vocal but certainly matching potency and success within song and album.

Both the fiery mystique lit Simplify and the contagion driven Inside the Silence spark further hunger in ears and appetite, in the case of the first exploring the adventurous aural exoticism of their predecessor for an even more riveting creativity whilst the latter of the pair alternatively writhes and stretches with almost visual imagination and ingenuity. Each leaves thoughts and emotions basking in startling creative colour and temptation with the second an anthemic and intricate slice of rock pop setting the listener up for the immersive instrumental Opaque which leads the imagination into its own landscape of adventure and interpretation.

Coalesce ends with the sonically spidery Indiscretion, grooves and melodic washes sculpting a web of intrigue and emotional drama upon another infection lit canvas of barbarous riffs and uncompromising rhythms. Veined by the vocal majesty and power of Angelides, the track is a fierce and tantalising encounter with mesmeric charm and adventure.

If we were being picky, there is arguably a slight lack of surface diversity amongst some songs within Coalesce which warrants a closer focus to avoid some blending together, but as we all should be listening attentively anyway it is no issue and just another part of the great potential still locked up in the band to emerge. For an introduction to Ascending Dawn, the album is a potent stealing of the passions, the first of many from the band we suspect.

Coalesce is available now as a name your price download @ https://ascendingdawn.bandcamp.com/album/coalesce