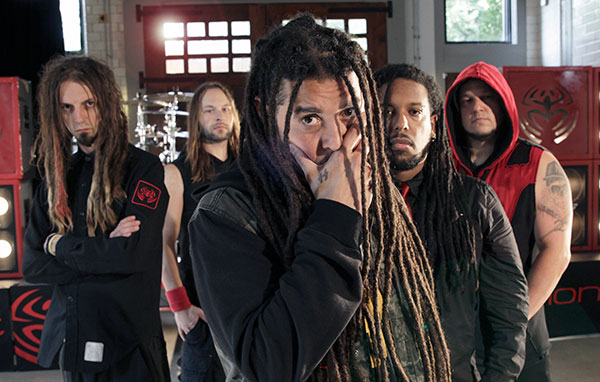 It is no coincidence that US metallers Nonpoint has persistently unleashed striking and passions sparking releases over the years and they have continued that potent tradition with new album The Return. This is a band which no matter how their music takes you leaves a potent impression time and time again and with their new proposition coming with a stronger drive of intensity and aggression than arguably heard from the band in a while, Nonpoint show they still make one of the more striking propositions in melodic metal. Wanting to learn more about the heart and background to their latest triumph, we were kindly allowed the time of Elias Soriano to explore. With thanks to the band’s vocalist we talked The Return, personal inspirations, the music scene and more…

Hi Elias and thank you for sparing some of your time for us.

Seventeen years on from your first steps as a band and with the recent release of your new and eighth album, The Return, how are emotions when it comes to releasing a record? Is there an increased intensity with experience or a more relaxed excitement?

It’s both… More relaxed in the way that with past records we felt like we based our success on sales. We’re at a time in music where last year there wasn’t a single platinum record given out. Bad promotion, lazy labels, radio programming and shitty bands have saturated the market place. Fans aren’t stupid. Sales are dead. It’s all about the show. And that to me is exciting, because that’s what we’re all about. Turning heads and connecting with people. We need some serious light in our lives and people are using music like its elevator music. Read into things people, it will feed a part of you that nothing else can fill. Not even love… Music is food for the soul. Get your vegetables in people!! 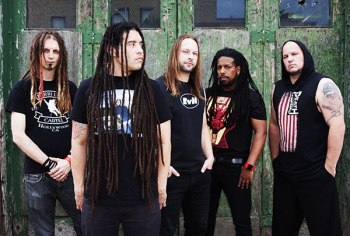 There is a new and maybe rawer energy to the band on The Return; is that something you felt making it and what do you put that down to inspiration wise?

Without a doubt…Heavier…Deeper…More detailed…Bolder…No regrets kinda music. Again our live show is always in the back of our heads, so we tried to fill the record with songs that will make people either move, or want to sing along.

So it is energy not only in songwriting and sound but one which has broken out in the band’s live presence or just your own personal feelings towards the band and music in general?

Like I mentioned earlier, I want to connect. That’s it. My feelings are that I have and will continue to do everything in my power to do that till the day I die. I have 5 goals in my life: Good man, good father, good husband, and to connect with people through my work…Which is music.

That’s it. The rest is the icing on life so I take the rest as it comes.

How do you feel the difference and evolution of sound between The Return and its self-titled predecessor of 2012 has emerged and panned out? 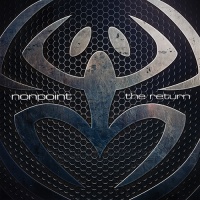 We accomplished what we wanted which was better than the last. Johnny K felt like the songs were better so the only real obstacle was the mix. So Daniel Salcido, our co-producer and engineer along with Johnny, and his mix was a 1-2 knockout.

Though the album has that familiar Nonpoint attack and sound it feels like the band experimented with ideas and structures much more than arguably recent releases?

We grow, change and try things like we all do in our lives. This week you’re attracted to the girl in accounting, next week you decide you’re gonna start growing a beard. Inspiration comes from every angle and when you’re 8 records and over 150 songs written in, you try new shit. If you don’t, it’s probably why you’re miserable in your band. You gotta have the freedom to get that shit out of your system, no matter what anyone thinks…Including the fans. You can’t please everyone, so start by making yourself happy first.

Was there any particular spark for that aspect too?

The process…The industry lays it out all nice and pretty for you whilst simultaneously throwing rabid, pissed off animals in your way. So you pretend as best you can and just digest the bullshit. That way you can keep writing tunes for people. Way I see it; everyone hates at least one part of their job.

With numerous potent and successful releases under your belt, is there a personal pressure you put yourselves under to try and sculpt something strikingly new or do you primarily just let it evolve each time with each album?

Leave it to inspiration I always say. I’ve learned when you force it too much it becomes contrived. I think because we’ve tried to just write music from the hip initially then spend the following weeks or months polishing it, that’s what has kept out “sound” while allowing us the freedom to try something new.

You recorded The Return as you mentioned with Johnny K once again. He seems to have a handle on the heart of your sound and how to make it spark even more?

He definitely knows what our goal is and does his best to make the record sound the best he can. So we always leave satisfied. He won’t let the record leave the studio until he knows it’s the strongest it can be.

Is he a producer that not only pushes you as a band but has the will to drive his own ideas forward to enhance songs, even if you guys certainly initially are not convinced?

He’s about the band doing the work. I’m sure in other instances he’s picked up a guitar and wrote a riff here and there for other bands but with us he let us do our thing. And if it sucks he tells us. We’re cool with that. So we work great together.

Are you a band which enters the studio with songs as good as finished or more get them to a point where there is plenty of room for change and evolution whilst recording?

We go in ready. When we sit down to track we want to know what we’re doing. If not it takes forever to track, you write shit you forget later, you gotta relearn songs when it’s time to tour…Lots of negatives when that’s the process with us. So we like to go in ready.

Tells us about some of the themes behind songs, and most as previously are predominantly inspired by life and experiences?

Life…There’s not much else to sing about. This time I decided to go detailed in some and simple in others. Storytelling is my gig. So I played around as per usual.

The energy to the album we previously spoke of also suggest maybe there is a greater intimate and personal essence to some of the tracks and their passion?

The passing of my father changed me a lot. So I touch on that a few times. I’m a new father too so a few worries and responsibilities have come to light so my passions have changed direction a bit. They still run deep, but they have more focus.

How did the writing and recording process for The Return work, I believe that some of the band are not located near each other?

Emails…We are in the new age, and finances mixed with family, especially new family changes things. Thank God for the web.

How more difficult is it to come up with fluid and energy fuelled songs which writing and breeding songs so far apart though, without that personal contact?

Knowing what we all want is step one. Then from there you trust your players. I like getting riffs I didn’t come up with (not that I do it that often)…It gives me a jumping point I didn’t expect so my jumping point can be fresh and new every time.

Tell us about the striking and hard hitting video for Breaking Skin from the album.

Our director Justin Reich…The guy took the song and did his thing. He called me and asked me about the meaning behind the song then sent the treatment. We all dig it. He was also the man behind the camera so the vision was all his…Kudos to Justin.

What is in store for and from Nonpoint for the rest of the year going into 2015?

Touring, touring, and more touring. That’s what we do.

Thanks again for taking time out to chat with us. Any last thoughts you would like to share?

Throughout history people have fought and even died for music for a very good reason. Music is an important part of life; it’s time for the world to start treating it that way again. It’s not a commercial, it is magic incarnate.

Read the review of The Return @ https://ringmasterreviewintroduces.wordpress.com/2014/10/02/nonpoint-the-return/