If you have yet to make acquaintance with the acerbic and snarling charm of UK duo Sleaford Mods, then Chubbed Up + is a must. Released originally in February this year as a digital release, the album is now receiving its physical unleashing via Ipecac Recordings, and makes an inescapable and irresistible doorway into the antagonistic world of the band. As the earlier unveiling, the album is a collection of tracks making up the bands recent clutch of singles but this time with an additional trio of unreleased songs. Following the acclaimed seventh album Divide and Exit which hit the senses this past April, Chubbed Up + reminds that there has been a long-time impressive assault and presence to the Nottingham provocateurs which may have slipped many by until this year.

Sleaford Mods is unique, a proposition which can be best described as Swell Maps and The Fall meets Pop Will Eat Itself driven by the observation and caustic lyrical ire of Mark E Smith; yet it is different and individual again. This is probably a band which seduces or alienates, it’s strikingly individual and fury fuelled provocation manna or poison for ears and emotions, but it is a challenge which has to be met face on to know your fate. If they hit the spot it is a long term allegiance which as their albums keep showing, just gets more potent and tightly gripping.

The emergence of Sleaford Mods came in 2006 when Jason Williamson drew on his frustrations with life and society to breed a verbal and lyrical causticity which he honed over the next months. A couple of years in London saw him hit the live scene before in 2009 returning to his home of Nottingham and subsequently meeting and uniting with Andrew Fearn in the band. By this point Sleaford Mods already had four albums under its belt but the fifth, Wank, was the first drawing on the lyrical and vocal fire of Williamson aligned to the musical and sample imagination of Fearn. Its success only led to greater invention and acclaim as Austerity Dogs in 2013 and then Divide and Exit has shown. Now like a stock take and reminder of the bands smaller but no less incendiary minimalistic brawls, Chubbed Up + is a call to new and extra treat for existing fans.

Sleaford Mods’ sound is a two prong attack, the lyrical scathing and vocal belligerence of Williamson in league with the predatory rhythmic seduction of Fearn. There is more to the band’s proposals but that is the dual prime bait as shown by opening song The Committee. One of the brand new songs, it snares ears straight away with a gnarly bassline which alone steals the imagination. With vocal sways inviting equally intimidating beats, the song soon embraces the stirring and raw tones of Williamson. A mix of speaking and rapping, his delivery has a great John Cooper Clarke monotony which swiftly binds attention so that every syllable and word is tightly gripped, yet it does not defuse the equally pungent

Though each track has seeds in a similar template, minimal flirtations of hypnotic and repetitive rhythms stalking the corrosive wordage of Williamson, all grow individual characters such as the electro pumped Jobseeker with its post punk bass tempting, the funkily incessant 14 Day court, and the punk heroics of Black Monday. The third of the three strolls with a Caped Crusader enticing, bass and percussion a nagging persistence wrapped in just as small but flavoursome keys. Old school punk with a kiss of early Cure and Television Personalities to it, the song stomps with insatiable appetite and irresistible revelry.

If like us you are seduced by addictive and unremitting basslines than Sleaford Mods and tracks like Jolly Fucker in the bands arsenal trigger instinctive hunger. The song pounds and intimidates physically and mentally, challenging thoughts and passions with sublime ease whilst lighting up body and imagination with terrier like persistence and ferocity. Tweet Tweet Tweet is another ridiculously compelling example, though its tone comes with a more restrained but similarly contagious swagger, musically and vocally a feisty striding unafraid to drape slithers of melodies and harmonies over its robust flanks.

Chubbed Up + is an unrelenting string of addictions, the unique throaty sonic colouring of Bambi sparking immediate lust with a bassline and scything guitar repetition which lies somewhere between Gang Of Four and Morkobot. Lorded by the riveting antagonism of Williamson, the song is one of the band’s loftiest pinnacles, though the majority of their tracks stalk the same plateau as proved by the earthy menace and anthemic prowl of Routine Dean and the sultry shuffle of Scenery, the latter holding a repetitious spine but a cloudy haze to its slim line landscape of sound around lyrical spikiness.

The bestial tone of the bass returns for the outstanding Pubic Hair Ltd; a rhythmically punchy and vocally anthemic scowl loaded with more contagion than found in the world of banker’s greed. Its enthralling and glorious baiting leads into the final two songs of the album, the other pair of brand new tracks. Bring Out the Canons explores a predatory intent and sound, bass and beats almost leering over ears as vocals and choice lyrics grip the imagination. It is an engrossing and intrusive pulsing of lyrical grudge, which along with the opener and last song Fear of Anarchy, hints that the band is worrying even greater invention ahead. The album’s last track seductively sways with bulky rhythmic hips and melodic intrigue, blasts of brass like teasing adding to the incendiary mix grasping the broody vocal incitement.

It is a scintillating finale to an outstanding release. To be fair any way into the creative anger of Sleaford Mods is a choice invitation but if they have yet to infest the psyche then Chubbed Up + is a must. Be warned though, once tainted it is impossible to give them up.

Chubbed Up + is available now, digitally @ http://sleafordmods.bandcamp.com/album/chubbed-up-the-singles-collection and physically with the extra songs through Ipecac Recordings @ 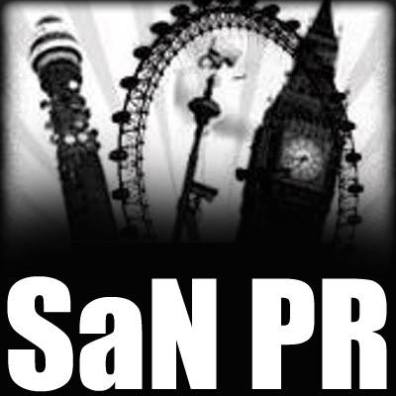