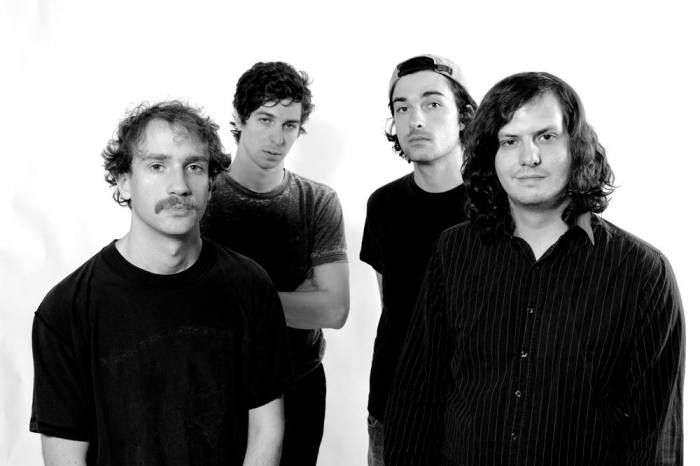 In covering Natural History, the previous album from US noise sculptors Dope Body, we boldly declared the band as ‘without doubt one of the most exciting bands in music right now’. Returning with its successor Lifer, the Baltimore quartet has done nothing to change or dispel that declaration. The release is a glorious and voracious maelstrom of invention as now expected from the band, but also one with another open twist in the evolution of Dope Body’s sound. Certainly Lifer is the band’s most rock ‘n’ roll release to date, raw and attractively abrasive, but within tracks and sounds are as dramatically eclectic as ever.

Formed in 2008 for originally just a one off show, Dope Body soon saw and found their sound stirring up the local scene and its passions. Early releases via HOSS Records drew potent attention but it was Natural History, released as the new album through Drag City, which widely announced the band as one of the more original and creatively warped fresh breaths in modern music. Between albums the band has feverishly toured and played shows before seeing the latter part of last year out taking time focussing on other endeavours, bassist John Jones on his solo project Nerftoss and guitarist Zachary Utz and drummer David Jacober with their two piece band Holy Ghost Party, whilst vocalist Andrew Laumann turned to his visual arts side and exhibited work at the Galerie Jeanrochdard in Paris, the Pre Teen Gallery in Mexico City, and Signal in Brooklyn. This year though soon saw the foursome back together in the studio and with producer Travis Harrison creating what is another stirring encounter from them.

The album opens with Intro, an instrumental with carnival-esque vivacity and mischief to the gripping rhythmic juggling of Jacober and scuzz bred tenacity of guitar. It is a great raucous start to the album, instantly unveiling some of the varied rock ‘n’ roll seeded essences to be explored across the release. The piece subsequently slips seamlessly into Repo Man and its opening slow caress and shadowed crawl. Right away the distinct tones of Laumann entice and flirt with ears before raging to match the increased intensity and aggression of the music. It is a captivating track which has as much an air of Nirvana to it as it does The Stooges. In hindsight it is a steady opener to the album in many ways, a raw encounter which as the album, holds a real live feel to its touch and breath, but proves to be just a taster of greater things to come.

That stronger potency grips ears and imagination right away with Hired Gun. From a deliciously acidic web of sonic revelry, the song strides out with a garage punk energy and causticity, though it is still prone to the great scythes of sound 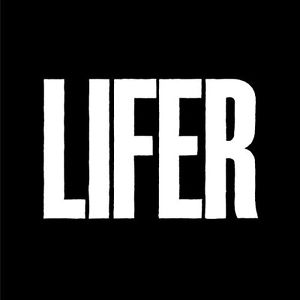 which opened up the encounter. Taunting senses with a devilish swagger and punkish rabidity, the track is a transfixing slice of noise rock, but as expected from the band only part of the story as seductive surf rock sultriness and rhythmic tantalising emerges before a fiery finale. From this song the album really takes unpredictable and diverse shape, the following Echo sauntering through ears with a smouldering blues climate aligned to garage punk turbulence. Like Tom Petty plays The Cramps, the song is an enthralling croon with tendencies to expel caustic ferocity as it makes another step up towards the album’s highest peaks.

They come in the next clutch of songs, starting with AOL. A brawling slab of blazing hard and punk rock incitement, whispers of The Clash and Melvins hinting away, the track comes loaded with lingering grooves and biting hooks for a relatively brief but scintillating roar. It sets ears and emotions up perfectly for the even richer triumph of Rare Air. A song which kind of bridges this and the last album, it emerges from a metronomic coaxing lined with a ridiculously infectious sonic tempting. Instantly there is a post punk emprise to the song, bass and guitars flirting with a mix of Joy Division, Tones On Tails, and John Foxx led Ultravox breeding. It is a gripping adventure with Laumann as vocally enterprising as the tapestry of sounds and textures around him. The pinnacle of the album, the song alone reasserts Dope Body as the imaginative masters of sonic and noise alchemy.

Straight away confirming that point, the dark seductive Day by Day steps forward next. With a heavily shadowed bass resonance spotted by sonic elegance making the first gentle touch, the track forcibly intrigues and entices senses and imagination, increasing its lure and potency as it gathers pace to craft a Bauhaus like tension and presence. That increase in energy also brings a funky gait and appetite to the song, which in turn leads to squalling clouds of scuzz lined ferocity and garage rock devilry. With a pinch of psychobilly and a dab of old school rock ‘n’ roll too, the song takes the listener through scenery of explosive invention and bold creative mischief, all persistently cored by the irresistible throaty bassline which kicked it all off.

Toy strides purposefully across ears next to return the album to another boiling garage punk/grunge soiled stomp, engaging ears in a dusty rampage of Rocket From The Crypt meets Damn Vandals like irreverence. As everywhere though, references only give a slight idea of something uniquely Dope Body, the band forging new templates and imagination smothering ingenuity at every turn, proof of course immediately coming forward through the pair of Nu Sensation and I’d Say to You . The first of the two is another multi-flavoured rocker, seemingly embracing every corner and era of rock ‘n’ roll to give birth to an uncompromising and inescapably addictive rock devilry, whilst its successor is a torrent of repetitive hooks and lingering grooves as catchy as the common cold and sneakily lingering.

The album is closed by the striking Even In the End, a song opening on another skilfully conjured rhythmic contagion before spreading its melodic and atmospheric tendrils into a progressive terrain of bracing sonic invention and immersive dark shadows. Within that landscape though, guitars and beats unleash imaginative and lively agitation whilst vocals range from slow drawls to raging emotion. It is an absorbing exploration bringing the outstanding release to a mighty close.

Lifer is not a step forward in quality for Dope Body but a side step from Natural History into similarly impressive and individual waters. The excitement brought by a Dope Body encounter continues and the band grows in stature once more.