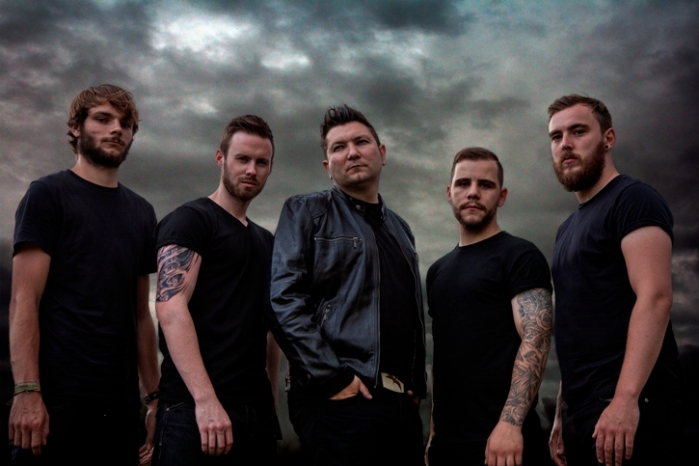 They may have left us all hanging after their impressive first chapter and debut album, but after a two year hiatus UK melodic metallers Imicus return with a new line-up and single soaked in the same invigorating qualities and invention as before. The Libertine is a striking comeback, two tracks reminding us of how the Luton hailing band gripped attention and emotions first time around whilst providing a new expanse and depth to their fascinating and provocative sound.

Before the original line-up disbanded in 2012, Imicus was stirring up keen praise and eager support straight away from their first single Visceral, which was released on Transcend Records in 2009. Eagerly swooped on by radio and its video by the likes of Kerrang! and Scuzz TV, the song’s success was surpassed by debut album Animal Factory the following year. Alongside this success, Imicus equally drew strong responses with their live performances which across the years has seen them share stages with the likes of AC/DC, Bullet For My Valentine, 30 Seconds to Mars, Rage against The Machine, The Stone Temple Pilots, and Aerosmith as well as make successful appearances at festivals like Download, Hellfire, Hammerfest, and The Bulldog Bash where they played with such bands as Breed 77, Sepultura, Opeth, Skindred, Saxon , Motorhead, Status Quo, The Damned, and many more.

Last year saw the end to the break which followed for the band, when co-founder and vocalist Miller decided to take the band out of storage with a new line-up and intent in sound and invention. The Libertine is the first offering from the 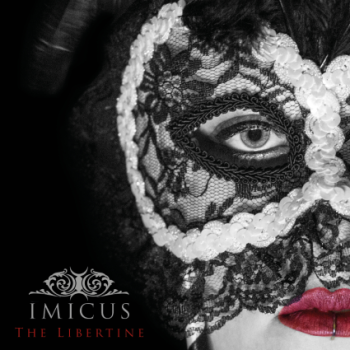 band’s second chapter, and recorded with Russ Russell the single is a gripping incitement swiftly revealing evolution in songwriting and imagination of the band.

The Libertine swiftly encloses ears in thick layers of rugged riffs and sonic enterprise punctuated by punchy beats. It is a captivating web given further strength by the vocals of Miller and the hazy atmosphere sculpted by the skilled melodic designs cast by guitarists Matt Turnbull and Al Hutton. Expulsions of muscular attitude and intensity equally add to the compelling encounter whilst Miller sets brawling roars alongside his flowing melodic delivery and the rhythms of bassist Bradley Beech and drummer Antony Cardinal bring a predatory breath through their attack. Technically as enthralling as it is creatively melodic, the song is a rich blend of explosive textures and bracing atmospheric tension, and a mighty return from the band.

Its companion track is Medusa, a song bred from the same melodic and inventively tenacious template as its predecessor whilst uncovering even stronger evocative potency to its depths against sinews seemingly finding seeds in the likes of Stone Sour and Killswitch Engage. There is a definite feel of Johnny Wore Black to the track’s emotive hues and insightful expression whilst elegant melodies and direct passion feverishly drive its imaginative persuasion.

Both tracks combine for an imposingly pleasing and impressive comeback for Imicus, and the breeding of real anticipation for the band’s new album scheduled for next year. The band may have been away but it did not stop its potency and potential growing, as well as expanding with the influx of new creative blood.

The Libertine is released worldwide on CD and digitally September 26th from all major digital outlets as well as @ http://imicus.bigcartel.com/