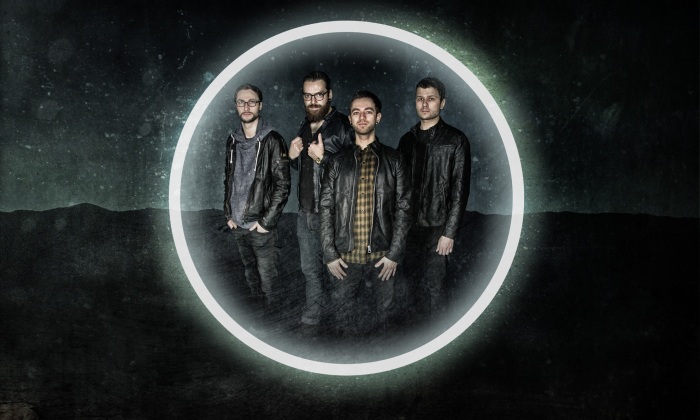 There is a clutch of bands with the imagination and mastery to combine mouth-watering beauty and voracious aggression in one heavily imposing proposition but few able to conjure the mesmeric seduction and creative ferocity as found on Supra, the new album from German metallers Dioramic. The bands third full-length release is an extraordinary exploration of light and dark textures, technical and feral ingenuity, and breath-taking invention. One of the most scintillating, awe inspiring encounters in recent years.

The quartet from Kaiserslautern is no strangers to making jaws drop in response to their craft and adventure, previous albums Phase Of Perplexity and Technicolor in 2004 and 2010 respectively, greedily received but Supra finds the band at a whole new plateau of sonic alchemy. The album was begun in 2011 but a line-up change due to drummer Anton Zaslavski’s success with his own Grammy award winning project Zedd, meaning he had little time to devote to Dioramic, halted the recording of the Supra. Paul Seidel (War From A Harlot’s Mouth, The Ocean) was recruited to take up the sticks in the band, with the album subsequently completed last year. Released via Pelagic Records, it now makes its stunning entrance into the world and is set to draw a new template for others to be inspired by through its multi genre embracing fury of progressive rock and metal.

Describing the sound of band and album is an on-going task as each track takes ears and emotions down a new richly flavoursome avenue in the general riveting landscape of the release. Imagine a mix of Muse, The Ocean, Between The Buried And Me, and Australian band Voyager and you get a glimpse of the invention of Dioramic. From its first moments Supra is gripping attention and imagination, the opening seconds of Xibalban a tempting lure which expands rapidly into a tempest of muscular intimidation from riffs and rhythms alongside a sumptuous beauty from vocals and expressive melodies. The track manages to cast a hazy warmth and radiance within a voracious wall of sound and intimidation, keeping both wrapped in a clarity which astounds and spellbinds. At times it is seeded in progressive metal, in others a metalcore rage, whilst throughout there is a melodic sun of enterprise and provocative intrigue, and we have not mentioned the thrash and groove metal twists which amongst many enter the bewitching narrative of the track.

The stunning start is straight away matched by the slightly more merciful but no less gripping Carpets On The Walls. It opens with a gentle melodic caress which in no time turns into Meshuggah like voracity and technical emprise clad 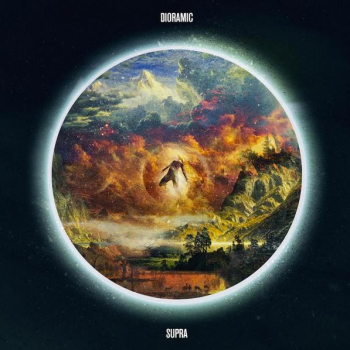 in whispers of theatrical drama and sublime imagination. It is a riveting start which evolves into a glorious melodic soar of vocals from guitarist Arkadi Zaslavski and sonic endeavour from him and fellow string exploiter Alexander Mauch, the encounter taking ears on yet another unexpected and unpredictable flight.

Two tracks in and the release is a breath-taking encounter, one not prepared to take its foot off the pedal of creative tenacity as shown by the following The Calm Before and The Storm. The first as suspected from its title is a gentler glide than its predecessors, a restrained glaze of melody enriched vocals within a portentous atmosphere. In that provocative temptation though, the track explodes into climactic and turbulent roars which stirs up the hostility in rhythms and senses searing riffs, not forgetting the gloriously carnivorous tone of Max Nicklas’ bass, before relaxing back into the ambient poetry of the song’s breath. It is a bewitching encounter setting up its successor perfectly, though the following track does not quite go for the jugular musically as expected. Vocally though it is initially an uncompromising fury, antagonistic squalls prowling the psyche as stabbing riffs and fiercely imposing rhythms set a commanding cage. Opposites and extremes again toy with ears and thoughts, a sublime wash of vocal harmonies and melodic elegance finding their potent place in the tempest.

Even greater heights are breached by Worth and Big Pump, each a new torrent of technical vivacity and passion igniting invention. From its opening breath, the first of the two breeds a blistering contagion to soak ears and emotions, expressive clean vocals aligned to deeply gripping hooks and rhythms binding ears in their infectious suasion. Zaslavski finds a Matt Bellamy like presence to his voice which is supported just as magnetically by the tones of the rest of the band within the cradle of spikey riffs and radiant melodies. Muse meets Palms with Periphery looking on; it is a sublime piece of songwriting and its sultry realisation, matched by the more predatory second of the two. Riffs snarl and challenge from the first swipe of similarly aggressive rhythms, their bordering on hostile presence taken into rawer confrontation by the aggression driven vocals. The track proceeds to roar and seduce the senses, the intricate spirals of sonic endeavour and rhythmic agitation a fascinating and thrilling canvas for the corrosive vocals to bellow from. As expected the track evolves and twists before ears for yet one more absorbing and exhilarating provocation.

Melancholia offers exactly what is says on the tin, its evocative coaxing covered in emotive shadows and vocal elegance as keys spread their equally passion washed narrative. It is an engrossing basking for senses and thoughts before the inventive maelstrom of Logbook comes in, once more vocal harmonies and melodic flames encased in rugged rhythmic walls and scarring riffery for an astonishing drama fuelled emprise.

The album ends with Vortex Reflex, a further smouldering immersion into the vocal mellowness and irresistible melodic charm which seduces across the whole album, within the rhythmic ingenuity and sonic fire which equally makes Supra one of the pinnacles of the year. The album is quite simply an illustrious encounter with Dioramic setting new plateaus for others to aspire to.

Supra is available through Pelagic Records now digitally, on limited coloured vinyl edition, and CD which comes with an extra DVD with live material, studio reports and interviews @ http://pelagic-records.com/cds/