Unswabbed – Tales From The Nightmare Vol.1 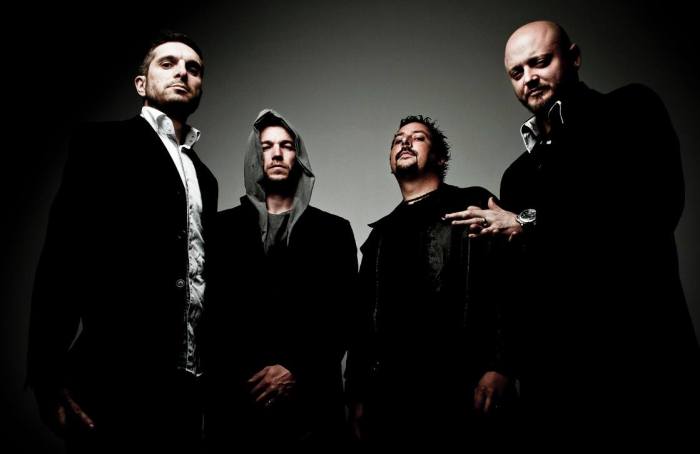 Not breaking the banks of originality but brewing up a rousing storm of metal and rock, Tales From The Nightmare Vol.1, the new EP from Unswabbed, is an encounter which easily inspires a very healthy appetite for more. Unveiling a new twist in sound and its direction from the French veterans, the five track release binds thick strains of melodic and nu metal with a harder rock voracity resulting in a proposition which holds no real surprises but has ears and attention fired up and greedy for the band’s fascinating adventure.

Hailing from Lille, Unswabbed began in 1995 with a harder and more voracious rock and metal fusion than found on the new EP. A couple of early demos bred an attentive fan base for the band which their 2004 self-titled debut album pushed to a wider spotlight. Two years later its successor Instinct was uncaged with a third full-length in the shape of In Situ coming a year later, both to critical acclaim. Across the years the band has also earned a potent live reputation and found responses for shows alongside the likes of Cavalera Conspiracy, (Hed)P.E. , Caliban, Senser, Empyr, Pleymo, Mass Hysteria and many more. The album Intact was unveiled in 2011, and following a decision  in 2013 to explore new musical landscapes and inventions, the quartet set about creating Tales from the Nightmares Vol. 1. Themed by individual stories spawned by nightmarish incitements, and written and sung in English, a first for the band, the self-released EP is a stirring slab of metal fusion. Not dramatically overwhelming or as mentioned casting brand new explorations it easily ties up senses and emotions in a thoroughly captivating and thrilling temptation.

The release opens with the excellent Come to me, a dynamic and gripping encounter which takes little time to ignite thoughts and emotions. A sonic coaxing is soon rife with magnetic riffs and thumping rhythms as the track bursts into life, to which an additional almost punkish coaxing aligns itself. The start alone has body and imagination involved which is only accentuated by the sturdier beats and rugged riffs which accompany the excellent clean vocal suasion. Essences remind of bands like Mudvayne and Nonpoint as the song continues to flare up and cast tight melodic lures across its invigorating and emotionally charged body. It might not be offering something new but boy the song is exhilarating. 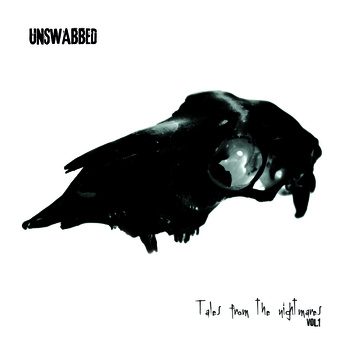 The following Wake me up employs a chorus of children chants initially which return throughout the release though maybe to a less convincing success compared to its opening pitch. The song itself is soon commanding thoughts and attention, keys brewing up a haunting ambience as guitars and bass carve out another magnetic web of persuasion. It is like a mix of (Hed) PE and Korn fed through the metal contagion of Fear Factory, and just as riveting as its predecessor even if taking longer to convince. Its potent enticement makes way for the darker croon of Hold the line. Expelling angst and drama with every note and vocal expression, the song slowly expands across the senses with thick exhales of caustic energy blended with gentle melodic caresses. Lacking the spark of the first two songs, it still leaves an inescapable enslavement over ears and emotions, luring both back time and time again.

Dead end zone is a hard rock romp with an open vein of rock pop to its joyful swing and anthemic beats. It is impossibly catchy from its first touch, hooks and grooves as irresistible as the continually impressing vocals and unpredictable invention which ensures no song is anything less than an event. It also shows another side to the heart of the release and the evolving sound of the band, and though it is probably fair to say the song is less adventurous than the other tracks in its character, when it sounds and feels so addictively good there is little to complain about.

The EP is brought to a scintillating end by Pull the trigger again, a track like the first which leaves the strongest bait to stalk the release time and time again. Cloaked in emotional shadows from its first enticing chord, the song is the dark to the light of the last song. Riffs from guitar and bass weave a brooding canvas over which expression drenched vocals and sonic suggestiveness brings intimidating yet simultaneously welcoming hues. It is an emotionally pungent and rigorously captivating track which at times stalks the imagination as it scorches the senses with its poetic melodies and sonic colour. It is a might end to a similarly impressing release.

Unswabbed is not carving out truly original ideation with their new direction but they are unleashing a highly rewarding and persistently thrilling proposal which leaves any familiarity to others redundant.

Tales From The Nightmare Vol.1 is available now @ http://unswabbed.bandcamp.com/album/tales-from-the-nightmares-vol-1