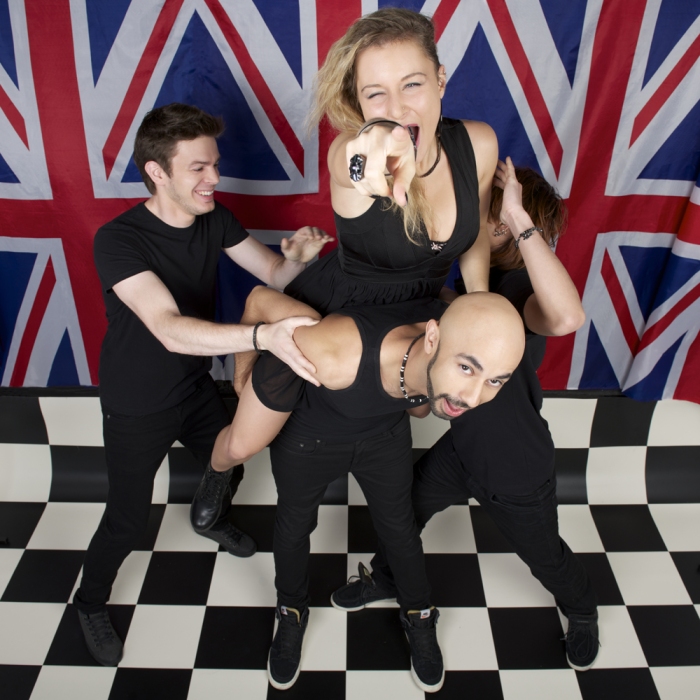 Some releases simply flirt with ears and attention with an energy and creative bounce which just will not take no for an answer and the Stranger Just The Same EP from UK alternative rock band Heel is one exciting example. Consisting of four tracks which with individual character portray a band ripe with promise and fuelled by an inventive nature, the EP is a striking follow-up to the band’s previously well-received debut.

Formed in 2011 out of songwriting sessions between vocalist Margarita and guitarist Daniel, London hailing Heel grew to a quartet with the addition of bassist Yuta and drummer Tom before setting down to work on their first release. Their self-titled EP was acclaimed for translating the band’s renowned stage energy into its Justin Paul Hill produced collection of songs whilst live the four-piece has continued to inspire a potent and severely loyal fan base. Last year saw Heel headline venues such as Camden Rock and The Enterprise as well as being part of the UK University Summer Ball Tour sharing stages with bands such as Feeder, Funeral For a Friend, Ozark Henry, and James Arthur. The autumn of 2013 found the band undertaking a hugely successful headline tour of Japan whilst earlier this year they teamed up with Hill again for Stranger Just The Same. In the midst of a UK tour the band has released an EP which reinforces their rich ascent, one you can easily see leading to the strongest attentive spotlight nationally and further afield.

Stranger sets things off and immediately with its feisty wash of riffs, crisp rhythms, and a groove infested bass tempting has ears and appetite wide awake. It is a formidable entrance with Yuta laying irresistible bait which the occasional 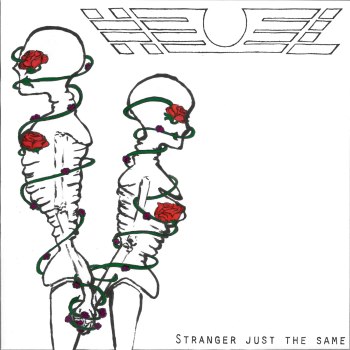 warped swipes of guitar only ignites further. The instantly enthralling voice of Margarita encourages the song to relax around her, a jazzy swing whispering within the melodic weave caressing ears. The track cannot stay still for long though and soon erupts in an infectious blaze for the chorus, its romping energy and bewitching enterprise a virulent persuasion easy to get lost in. It is pop rock at its most flaming best but still only part of the story as the guitars cast unpredictable hooks and twists to the adventure whilst the bass adds more imaginative intrigue which is as invigorating as it is wonderfully mischievous.

The following Gone is a similarly spellbinding encounter with a heavier and darker throat than the previous track but a no less contagious enterprise. The song almost stalks in gait initially, riffs and beats pressing intimidatingly yet seductively on the senses. It is not long before its fire expels a sonic rapacity to wrap the still lingering menace of the song. It is a magnetic slice of rock which is unafraid to merge sinews and heated melodic expression, resulting in a proposition which smoulders and sizzles from start to finish.

There is also an angst kissed emotive depth to the songs lyrically and in presence which is no more in evidence than in the evocative balladry of We’ll Fall Back in Love. Though missing the more adventurous twists and turns of the first two tracks, it is another potent string to the songwriting bow of the band. With its more expected presence the song does not quite ignite the passions as the first pair but still leaves a lingering hunger for much more through fiery guitar flair and the ever alluring vocals of Margarita as much as anything.

The release closes on the thumping heart and rigorous passion of Not You, a track also just missing the earlier plateau set but lighting body and emotions in a net of accomplished creativity, emotional poetry, and richly convincing enterprise. Across the release in the way songs are structured and tastily inventive in their intimate expression and broader ingenuity, but not from the sound itself, thoughts of The Pretenders spark. It is too soon to say that Heel can make the same kind of impression but The Stranger Just The Same does suggest they just might have the potential.

The Stranger Just The Same EP is available now @ http://www.heelband.com/music