Home › Music › Album › Architect Of Seth – The Persistence Of Scars

Architect Of Seth – The Persistence Of Scars 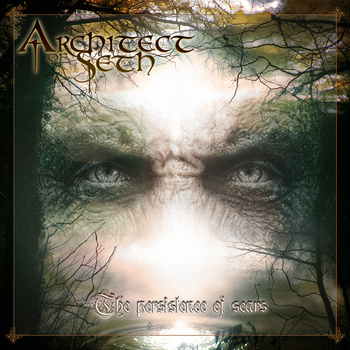 The Persistence Of Scars is an album which leaves you bruised and disorientated, mentally exhausted and at times bewildered, but mostly the debut album from French Progressive death metallers Architect Of Seth, leaves you transfixed and aggressively keen for its unrelenting unpredictability and technical magnetism. It is a demanding release which definitely needs a concentrated time to unravel its creative maelstrom, something which arguably is never wholly achieved even after a tide of visits, but it is a ‘chore’ always welcome and rewarding.

Architect Of Seth was forged in 2006 as a solo project by guitarist/vocalist Paul Rousseaux who released a pair of demos, Eldorado that same year and Pax-Labor in 2007. Subsequently guitarist Yohann Kochel linked up with the Caen project, expanding a sound and depth which takes inspirations from the likes of Death, Theory in Practice, Coroner, Pestilence, Nocturnus, Bathory, Emperor, Martyr, and Necrophagist into its technical and ravenous invention. The Persistence Of Scars is the pair’s debut album, a creative tempest exploring themes of hate, science, religion, and nature within a ferocious furnace of imagination and hostility which whether venomously cascading or rabidly savaging the senses unleashes a spellbinding intrigue. The album is often mentally corrosive and physically punishing, rarely an easy listen but always offering a lure which locks in the imagination and appetite.

The Persistence Of Scars opens up with LFDY and its gentle stroking of evocative melodies. It sets a peaceful and warm scene, the guitars casting colourful bait and coaxing skies before a lumbering rhythmic intimidation and darker shadows to all facets, cloud over the landscape. It is a portentous breath now igniting the imagination, the foreplay to a thrash driven onslaught of rapaciously intensive riffs, animosity clad rhythms, and the hoarse scowls of Rousseaux. It is a relatively straight forward assault, though already teasing as sonic and unpredictable designs begin to unveil their tenacity. Now settled into its tempestuous purpose, the guitars of the two protagonists twist and cast a maze of persistently testing enterprise through the song. It is the beginnings of a spiralling technically striking ingenuity which at times makes perfect sense and in others just loses thoughts and understanding, which is where repeat plays is essential with an album like this. There is cohesiveness and fluidity to it all though which never falters in its hold of an increasingly hungry appetite for what is developing and never derails the malevolent toxicity and ravenous brutality at the song’s core.

The first track is alone an exhaustive tsunami of predacious imagination, so with six more similarly sculpted propositions to come, a legacy of hard work is inevitable starting with Engender of Confusion. Riffs and grooves are immediate and as intensive as the rhythms alongside them, each worming under and pounding the skin respectively as the caustic spite of Rousseaux scars the air around them. With crystalline shards of keys flirting with ears within the by now merciless torrent of vicious charm and debilitating ideation, whilst orchestral tempting plays with emotions, the track sears flesh and thoughts as it seduces both ears and mind with insatiable inventive rabidity. Arguably easier on the psyche because of its relatively brief length compared to the first, the song also finds a greater clarity to its no less bedlamic ingenuity before making way for Transhumance Astrale. The third track takes little time in firing up the primal instincts with a torrent of thrash/metal suasion before warping it all with breath-taking skills and perplexing yet deliciously gripping, psyche violating creative intercourse. The track, as all, is a storm of technical mastery and constantly evolving revelations to again captivate and fluster, but most of all ruggedly enthral.

By this point already the album is wearing down the senses it has to be said, though not the hunger for more. As mentioned, in many ways it is not certainly physically an easy listen which is compounded as both Embrace of Anguish and Hybrid Consuming Flesh unleash their fiercely creative and intertwining inventory. The first of the pair brings some respite though with a mesmeric classically honed piano enticement to seduce ears and inflames thoughts initially. It is a bewitching piece which eventually drifts away for the impending storm. Thunderous rhythmic clouds and sonic strikes blow across the senses before a malevolent haunting and intensive juggernaut of provocative sound suffocates light and peace. Its instrumentation and aural narrative is mouth-watering, a tight capture of the passions which does lose some of its grip with the entering rage of vocals and manic invention with constantly unsettles in its turns and expulsions. At times the track is irresistible and in other moments pushes its boundaries beyond organic accessibility, yet still it entrances and steals the imagination for a pleasing if unsure success. Its successor is a more bestial provocation with a flank ferociously rippling with again unsettling ideas and creative incitement. It also offers a great emotive persuasion of keys at times, a beacon within the corrosive belly of the savage beast.

The album concludes with firstly the outstanding Tears Empty of Sadness, a track which finds a more balanced blend of extreme metal vindictiveness and technical exploration which is why it takes best track honours. Everything works perfectly, the invention of the band still flaming intensively but finding a more understanding fit with the toxic brutality of the song. Every song on The Persistence Of Scars impresses it is fair to say but this one shows the potential of the band most intensively as they further grow into and hone their undoubted skills and ingenuity. The song’s success is supported enjoyably by Teacher of Nocturna, another track to align the maniacal technical beauty and gut instinct severity of the band for a grievously strong and testing, but smoother to understand and relish creative onslaught.

The Persistence Of Scars is a great and demanding encounter which leaves a satisfied wake whilst suggesting that Architect Of Seth has the potential to create a classic ahead. This album is not it but holds all the pieces and keys to the potential sculpting of one.

The Persistence of Scars is available as a 7 track CD via Great Dane Records @ http://www.greatdanerecs.com/ or a 3 song download @ http://architectofseth.bandcamp.com/