Allegaeon – Elements of the Infinite 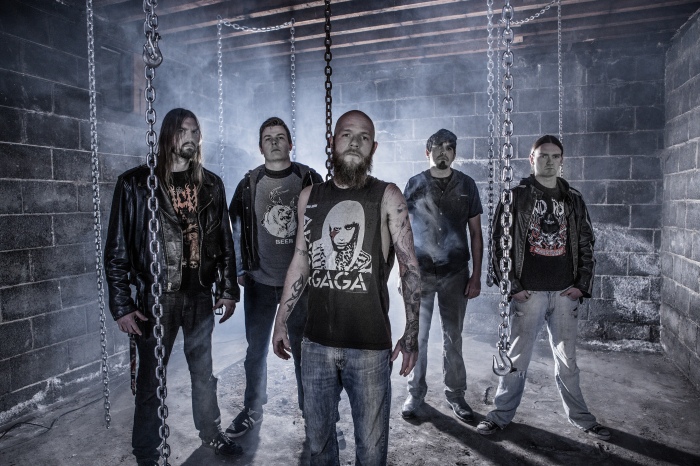 You always hope and sort of expect bands to get better and more adventurous with each release, expectations becoming greedier and more demanding for the next offering after each success. Often wants are met and as often disappointed but few seem to make the size of a leap forward with each album as US melodic death metallers Allegaeon has. What is most impressive about the band is not so much the fact that they continue to evolve and push their sound to new plateaus with each release but the size of the steps between what have been quite stunning releases anyway. Releasing third album Elements of the Infinite, the Colorado quintet has again taken the seeds of a thoroughly impressive and highly acclaimed predecessor to another dramatically compelling and boundary stretching level. It is a glorious storm of technical voracity and virulent invention within an extreme metal tenacity which just ignites the imagination whilst feeding an appetite and hunger until now undiscovered. Last album Formshifter was a major incitement declaring Allegaeon as a prime protagonist but hindsight and Elements of the Infinite shows it was just the another step in a brewing game changer which has begun to redesign the landscape and future of melodic death metal.

The gap between the two albums has also seen the departure of band founder guitarist Ryan Glisan, who brought the project to life in 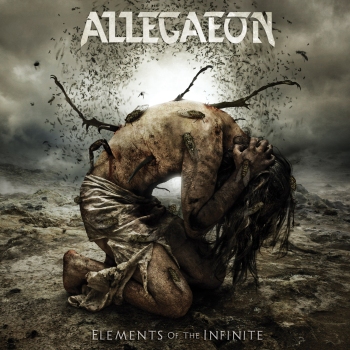 2008, and drummer Jordon Belfast. Whether coincidence or giving a previously unavailable opportunity to the band to explore new depths and adventures within its still distinct to Allegaeon sound, the departures seem to have opened up a startling new soundscape for the band to colour. The skilled presence of newcomers Brandon Park and Michael Stancel on drums and guitar respectively, alongside guitarist Greg Burgess, vocalist Ezra Haynes, and bassist Corey Archuleta has found a new depth to the ideation of the band. 2010 debut album Fragments of Form and Function put Allegaeon on the map and Formshifter brought a potent colour to the emerging scenery but the Dave Otero recorded Elements of the Infinite has not only reinforced the weight of the band’s presence but redefined the borders around its inventive terrain.

What immediately strikes as opener Threshold Of Perception engulfs ears and thoughts is not only the fluid and even stronger technical craft and impacting maturity to the songwriting and sound but the new ferociousness of aggression also challenging and seducing the senses. The track opens with a startling evocative web of expressive guitar within a dramatic and portentous yet welcoming atmosphere. It is a simultaneously intimidating and seducing coaxing which grows with epic breath as orchestrated hues and adventure soak the imagination, godly vocal harmonies and string manipulation a mesmeric charm and lure as the walls and heart of the track establish their demanding presence. The fearsome guttural growls of Haynes impress from the first spiteful syllable whilst Park cages the listener in a cauldron of rhythms and beats which without breaking sweat, break the back of emotional security. It is a tremendous entrance which expands into a masterful narrative of delicious sonic and melodic enterprise within an uncompromising intensity driven by Park and Archuleta. The song is a portent of things to come, swiftly confirmed by its successor.

Tyrants Of Terrestrial Exodus entangles senses in a predacious stride of punishing rhythms and sonic enticement, crushing and seducing ears and emotions with equal vivacity. The track is hypnotic, bewitching the imagination from every angle. From the aggressive pungency of the drums and bass malice aligned to pleasingly diverse vocal causticity to the sonically bred melodic ingenuity which either sings loudly or with subtle kisses soaks every note, the encounter is a twisting tempting. It is a glorious wind in the new ‘dawning’ of Allegaeon within Elements of the Infinite, one complemented by the just as captivating Dyson Sphere. There is a core swing and groove to the song which infects emotions instantly and to which Burgess and Stancel layer imposing magnetic textures and mesmeric imagination. Spatial in its climate and tenacious in its invention, not forgetting hostile in its primal expulsions, the track ignites another wave of greed in the hunger and satisfaction already bred by the album.

Next The Phylogenesis Stretch takes thoughts into another fascinating realm of technical alchemy and sonic ingenuity within an exhausting and thrilling musical and lyrical narrative. As with all the tracks, the song has layers and corners which cannot be fully explored or often discovered on initial visits, ensuring that from an instantly stunning and mouthwatering premise, there is a constantly rewarding and impressive investigation perpetually unveiled with each taking of its body. This only makes a brilliant album on first embracing a growing leviathan of quality and scintillating inventive alchemy with ever emerging pinnacles like 1.618 which comes next. The track lovingly flirts and viciously riles the imagination from start to finish, a sonic and rhythmic provocateur which allows the listener to make assumptions before whipping away the floor for another inspiring fall into the rich enthralling depths of the encounter.

There is a darker rapacious feel to the album aligned with the aggression and inventive exploration, openly shown by that song and the next up Gravimetric Time Dilation, a carnivorous beauty and elegant vitriol soaking the careering rabidity and sonic endeavour enslaving ears. It beguiles and savages with irresistible resourcefulness and malicious enmity cored by a guitar enticement which binds it all together whilst reassuring the senses that the rancor is for their own good.

The pair of Our Cosmic Casket and Biomech II set new fires within the passions, the first a slowly unveiling intrusion of mystique washed melodics and insatiable predation courted by celestial temptation and virulent loathing whilst the second is sheer vindictive brilliance. An uncompromising, merciless stomp of addictive hostility and psyche twisting grooves with a melodic toxicity which again reassures in the face of the corrosive tempest, the track is a riveting sonically plumaged predator.

Through Ages Of Ice – Otzi’s Curse and Genocide For Praise – Vals For The Vintruvian Man, the album comes to a powerfully absorbing conclusion, each in their distinct ways singular journeys through bracing and frightening lands. The first is an energetic mouthwatering stomp of melodic enchantment and sonic tenaciousness within noxious malevolence and rhythmic testing whilst the final song near on thirteen minutes of just enthralling exploration. Peaceful searches and vigorously aggressive examinations are offered in varying creative degrees and colours across the gripping premise of the breath-taking flight. It is a mighty end to a sensational album, one showing you can take nothing for granted with Allegaeon and that expectations are redundant when it comes to their skills and imagination, though Elements of the Infinite does show that you can expect a proposition which will leave senses and emotions truly alive.

Elements of the Infinite is available via Metal Blade Records now!