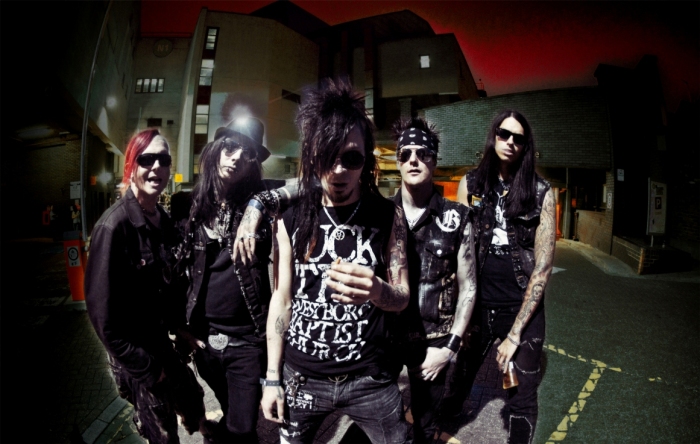 Hotly-tipped UK metal punks ‘Generation Graveyard’ are poised to break out to the nation with their blistering new EP ‘Lonewolves’, which hits stores on Monday 21st July.

Inspired by urban isolation, an outcast lifestyle and social upheaval, Generation Graveyard are candid and straightforward, refusing to bite their tongues and be pigeon-holed. With a vast cross-section of influences stemming from hardcore, old school rock n roll, black metal and crust delivered with a vicious punk venom, Generation Graveyard have established themselves as the antithesis to the UK music’s current alternative scene.

Conceived at the end of 2009 and hailing from London, Generation Graveyard are 100% committed to the execution and creation of their craft. Through widespread gigging and intense rehearsing, the rising five-some have finely tuned their live show, which has led to them being selected for support slots with names such as The Misfits, Anti-Nowhere League, The 69 Eyes, Breed77, Black Breath, Viking Skull, Warrior Soul and The Defiled. The Londoners have also recently successfully supported Breed77 on their full UK tour.

Now the stage is set for the lively noiseniks to firmly stamp their mark on the UK scene and they have the ammunition in the shape of their new EP ‘Lonewolves’. The record bursts out of the blocks with the pounding openings of ‘Abominate/Desolate’ which goes right for the jugular and it’s a real introduction to what’s ahead. The blistering punk rock fury of ‘Human Hive’ is next up, as it attacks your senses at breakneck speed. The stout ballsy vigour of ‘The Empty’ continues in supreme vein before the vibe shifts with the industrial guile of ‘Deletist’. The record closes with the anthemic and down-right fantastical ‘Lonewolves’. Miss this band at your peril!